In sports injuries, the most common phenomenon – cramps.

What exactly is a cramp? Cramp is actually muscle spasm, which refers to the phenomenon that the muscles in a certain part of the body contract involuntarily and cannot relax quickly.

In addition, cramps may occur in small muscles including feet, fingers, arms, abdomen and even between ribs.

When cramping, the whole muscle will become hard.

Sometimes you can even see muscle twitching under the skin.

The time of muscle spasm may disappear after a few seconds, or it may last more than 15 minutes.

If it is not handled in time or the original movement is interrupted, it may occur again and again in a short time.

The real cause of cramps during exercise has not been determined, but it is generally believed that it is caused by the interaction of many factors – lack of enough stretching before exercise; Muscle fatigue due to overuse; Exercise in a too hot climate; Sudden change of ambient temperature; Too much water loss; Electrolyte imbalance; Incorrect movement posture; Too nervous; Unbalanced diet, side effects of drugs, etc.

Treatment of bicycle leg cramp – immediately interrupt the ongoing exercise; Go to a cool and ventilated place and replenish water, especially sports drinks; Slowly stretch the spasmodic muscles, or massage the cramped parts appropriately; During the treatment, it can be supplemented by hyperthermia or cold therapy.

Whether it is sports spray or cold and hot compress package, it has a good effect.

How to prevent leg cramps when riding a bicycle? 1.

During warm-up exercises before and after exercise, strengthen the action of lacing.

During exercise, while supplementing water, it can supplement sodium (salt) and electrolytic water to balance potassium and sodium in the body.

Eating fruit with salt not only tastes better, but also balances potassium.

Cramp is the body warning us that the current amount of exercise has exceeded our ability.

In other words, we don’t exercise enough at ordinary times, so we have to practice more.

In case of cramp during cycling, in addition to the above emergency treatment, there should be at least a few days of hot compress and massage after going home, and push away the salt of hexidine to dilute it, otherwise the cramp will be easy to recur.

Special cause of sports leg cramp: gear ratio is also one of the causes of cramp.

You can try a lighter gear ratio (UCI stipulates that the gear ratio of teenagers is lighter than that of adults, just to protect the development of minors).

Therefore, it is absolutely right to try to step on a lighter gear ratio and practice the number of revolutions.

However, the light gear ratio sometimes makes you feel impatient.

As long as you are not in a hurry, you will gradually realize the benefits of light gear ratio.

Improper riding posture: if the seat cushion is too low, too front or too rear, it will form a partial load on the knees or muscles- Dry goods knowledge about improving triathlon performance – don’t panic! These seven strange symptoms are just normal physiological reactions! How important is riding frequency to riding? Something more important than training! Iron three! Triathlon score is not good? 85% of people ignore this training key! The 10 most hurtful riding ways! 88% of riders can’t avoid the first one! Exposure! 36.3km/h！ The secret of Dalo’s long-distance riding speed per hour! At the end of the article, it was winter yesterday! Pay attention to these three riding matters! Pay attention to speed leopard Triathlon to obtain easy to understand and practical Triathlon knowledge | content and picture materials | @ speed leopard Triathlon @ cycling.. 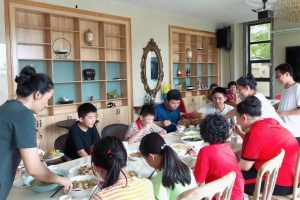 Riding on the beach, you can see the beautiful scenery; Stay in boutique B & B and enjoy a comfortable journey 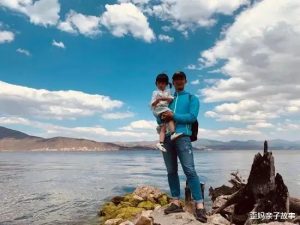 Ride for 71 days! The post-90s father took his 4-year-old daughter to Lhasa. How did the non mediocre baby develop