Some time ago, we launched the “riding trail” annual riding report self inspection portal for users, which is convenient for each user to review the bits and pieces between themselves and pinecone motorcycles in the past year.

Unexpectedly, it was hot in an instant.

Fruit fans all over the network were basking in their own data.

However, Seeing the report data published by everyone, especially the data of the provincial riding king, pinecone king can’t keep calm – this is more than a “riding track”, which is a miracle.

Look at their riding data in 2021, everyone’s energy is beyond our imagination, especially the concept of the first queen 2337 times? As netizens said, “she is either cycling or on the road every day.” her annual mileage has reached 6227 kilometers, equivalent to the distance from Beijing to Moscow, across Eurasia and half the earth, Her annual carbon dioxide emission reduction by riding a pine cone motorcycle is about 1307 kg, which is equivalent to planting 400-2000 trees.

She built a small forest for her hometown on her own.

What is the king’s style? Look, here it is! To this end, the pinecone King stationed in each province also met informally with the riding kings of each province ▽▽ hahaha ~ ~ ~ how dare you do this to the riding kings? Pinecone monarch Ben Jun also expressed his appreciation to the provincial monarchs.

Then, why do you love pinecones so much? Even the pinecone king felt confused and fierce, and was very curious until several riding kings revealed the truth behind it.

Because I was lazy to go to work and two miles away from home, it was OK to walk.

I could arrive in more than ten minutes, but I was lazy.

There was a pinecone at the door, so I rode it instead of walking—— Riding Mr.

Wang Li, because he saved energy, my family bought a motorcycle the year before last, and my husband and I rode it.

Later, the little yellow car came, and it felt much lighter than our family’s car for the first time; Later, I never rode my family’s motorcycle again.

My husband said I had a problem.

I didn’t ride my own car and went out to spend money on it.

Wang Lu, because I can put things, I open a small restaurant.

I go to the vegetable market to buy vegetables and ingredients every morning.

There are a lot of things in front of the car and the pedal.

Wang Chen, because of the double row shock absorption of the cool pinecone cart, riding is particularly cool and does not bump his ass; I’m a little sorry for the pinecone.

Sometimes I ride the deceleration belt to feel the fun of shock absorption (sorry)—— Riding Mr.

I used to ride them before, but later I found pinecones. 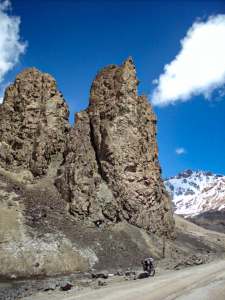