During riding, you will always encounter all kinds of pain and discomfort, such as butt pain, knee pain and arm pain.

The angle of the cushion should be kept roughly horizontal.

At present, the cushion surface of the cushion on the market is mostly curved, which may not be accurate by visual inspection, so you can first take a long ruler on the cushion, and then visually check the level with your eyes, which is much easier.

But the angle of the cushion is by no means rigid.

For example, some people often complain about crotch pain after riding.

This may be due to the excessive pressure at the front end of the cushion.

This can be done by slightly adjusting the nose end of the cushion downward, which can reduce the pressure on the crotch, especially when going uphill.

On the contrary, some people don’t ride uphill for a long time, but like the fun of rushing down.

When rushing downhill, because they want to control the center of gravity, riders often move back and forth behind the cushion and cushion.

At this time, it’s best to tilt the nose of the cushion up a few degrees and lower the height of the seat tube at the same time, which will help the flexibility of the body on the cushion when going downhill.

If the seat cushion is too high, the knee is easy to be injured, and if the center of gravity is too high, it is easy to cause accidents; If the pedal is too low, it will not step out of strength.

Stepping in an incorrect posture for a long time will also have a bad impact on the knees and legs.

Only the correct cushion height can really give full play to the proper trampling efficiency, and have the most correct and healthy trampling posture without harming the body.

Moreover, it can not only avoid radish legs, but also modify the leg shape! Set the cushion height.

What do you often hear from some experts (crotch length * 0.885) and how to measure it? In fact, if you don’t plan to be a player, you really don’t need to make a simple thing so complicated.

Beginners only need to put the “heel” on the pedal first, then step on it for a few times, and slowly adjust the cushion height.

When they step to the lowest point, their knees are just straight.

At this time, the cushion height is already 80-90! According to this standard cushion height, put the “sole” back to the original standard stepping position.

In this way, the knee will naturally bend a little at the lowest point of stepping.

This stretching posture can not only take into account the output of stepping, but also prevent the knee joint from being injured when stepping again.

Such a seat cushion height will straighten their knees when stepping, which is a very dangerous action! Like cycling, the legs need to step and turn frequently.

If the knees are straightened at this time, it will not only make the stepping have a “stop point” and affect the continuity of stepping, but also hurt the knee joints and leg ligaments when straightening.

Although there is an illusion that the stepping force will be “straight out” after pulling up the cushion, it seems that you can step out in this position, but in fact, it is not.

Both muscles and knee joints are easy to be worn and injured at this time (knee straightening).

So one thing to remember! Do not let your knees straighten when riding and trampling.

The height of the cushion should not be too low.

Generally, beginners are not used to the riding posture with high center of gravity, so they often pull down the height and pull too much.

In this way, the “squatting” posture will make the strength of the legs unable to stretch.

Although they are more relieved when riding (because the center of gravity is low and the soles of their feet can step on the ground), they can’t stretch their thighs, calves And knees will not only make you ride fast, but also easily cause the wear of muscles and joints over a long period of time.

Therefore, we suggest to find out your “standard cushion height” first.

Novices can reduce it by a few centimeters, get used to the change of center of gravity, and then adjust it bit by bit (half centimeter or one centimeter) upward until you find a good position that can not only make you feel at ease and confident, but also give consideration to stepping force and avoid physical injury.

The height and length of the faucet are mainly used to adjust the counterweight when the weight is pressed on the bicycle, which will also affect the flexibility of control.

When riding normally, we should evenly distribute the weight of our body in the “Golden Triangle” of cycling: the “handle”, “cushion” and “pedal”.

People who don’t often ride bicycles or have no habit of cycling will unconsciously make the position of the faucet handle high and close (close to the body) because they are not good at using the muscles of the upper body and don’t often move to the waist, Let the posture of cycling be like the usual sitting posture…

Although this setting can feel very natural and comfortable at the beginning, most of the body weight is pressed on the hips (cushion).

After riding for a long time, the hips will be uncomfortable due to excessive pressure, and the parts under the step are easy to feel numb.

In addition, too “upright” riding posture like this will make the rider’s spine directly face the impact from the ground.

After a long time, it will produce low back pain, which is actually very bad for the body in the long run.

Therefore, when setting the height and length of the faucet, do not blindly want to increase and shorten the faucet; On the contrary, set the faucet in an appropriate position so that the weight of the body can be divided over the handle (that is, the muscles of the upper body and arms).. 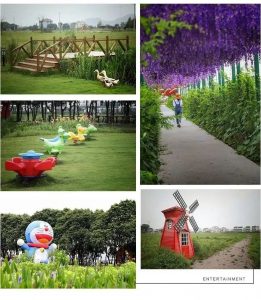 If you can’t go to Kenting around the sea, go to Qidu island next to Yueqing in winter vacation and have a happy tour around the island! 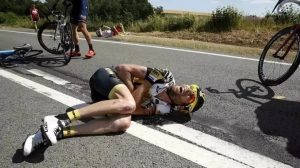 That’s what cycling should do. Did you do it?