This summer holiday, many people choose to travel by bike.

In Beijing, Nanjing, Chengdu and other cities, some popular cycling routes even experienced congestion.

Cycling in the tropics has driven bicycle sales, and many middle and high-end mountain bikes and road bikes are “hard to find”; During the “618” promotion period this year, the turnover of bicycle parts on an e-commerce platform increased by 100% year on year.

The rising cycling heat has brought new opportunities to the development of China’s bicycle industry.

There are many factors behind the increasingly strong cycling atmosphere.

On the one hand, as a means of transportation, bicycles already have a large number of users.

According to the data, the annual cycling volume in Beijing has increased from 50 million in 2017 to 950 million in 2021, and cycling has become an important way for citizens to travel in the “last kilometer”.

On the other hand, in the context of the normalization of the prevention and control of COVID-19 epidemic, some offline fitness venues have been affected, and the demand for outdoor sports and fitness has increased.

As one of the sports modes with low threshold, cycling has won the favor of the public.

In addition, the construction of cycling traffic lights, the continuous improvement of road facilities and the improvement of urban and rural air quality have further optimized people’s riding experience and accelerated the popularity of cycling.

China is a big country of bicycle production and consumption, and domestic middle and high-end bicycle brands are winning more market share with the help of cycling fever.

According to the statistics of the China Bicycle Association, last year, China’s bicycle output was 76.397 million, and the export was 69.232 million.

Among them, the competitive bikes and mountain bikes with high added value increased significantly.

However, the core components of many middle and high-end bicycles still mainly rely on imports, and the relevant production capacity is still insufficient.

Compared with the advantages in production and sales, there are still some shortcomings in the research and development of carbon fiber materials and transmission in China’s bicycle industry.

Only by strengthening research and development, upgrading core technology and breaking the monopoly of imported parts and components can we open up a broader development space for domestic bicycles.

Nowadays, bicycle is not only a single means of transportation, but also a way of sports, fitness and healthy life.

Its leisure and social attributes have been further highlighted.

People with the same sports interests can not only meet for cycling exercise, but also exchange their experience in the use of accessories and equipment such as cycling clothes, kettle brackets and helmets.

Some businesses focus on the spillover effect of cycling, and create more rich consumption scenes related to it, such as personalized equipment, cultural and creative products, catering and entertainment, and urban peripheral tourism.

Many cities have launched excellent cycling routes in due time.

For example, among the 11 recommended routes in Chengdu, there are both 5km novice experience routes and 50km and 100km routes suitable for cyclists, which can meet different fitness needs.

Facts have proved that cycling fever is not only an opportunity for the development of the bicycle industry, but also can help activate surrounding consumption and lead a healthy lifestyle.

The 14th five year plan and the long-term goal outline for 2035 propose to build a slow-moving network such as bicycle lanes and pedestrian paths and build a low-carbon city.

It is estimated that popularizing bicycle travel in cities with a population of 1 million can reduce 7600 tons of carbon emissions each year.

We believe that with the continuous improvement of infrastructure construction such as bicycle lanes and parking networks and the continuous improvement of enterprise brand value and competitiveness, bicycles will bring more safe and comfortable experiences for people to travel, and will also contribute more to promoting green development of urban and rural construction and helping to achieve the goal of “double carbon”… 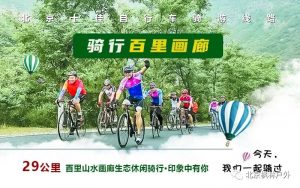 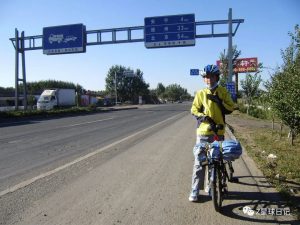 The first day of cycling in Beijing (Part 1)