Huang Lingyan, Yang Jiaying, Rao Mingke, the authors of the National Day · Leisure (Suzhou Creek is the river scenery during the National Day.) For Shanghai citizens, Shanghai has a natural sense of intimacy and familiarity.

However, we often ignore the beautiful scenery around us because of the fast pace of our work and life.

On the National Day holiday, we can temporarily stop going point to point and travel in a green way, either on foot, by bike, or by bus, to measure Shanghai, slowly experience the city’s fireworks and the mundane world, and more deeply understand the city where we were born, grew and lived.

The buildings can be read, the streets can be strolled, and the waterfront can be rested.

The city is “small and beautiful” everywhere, and it is also a small blessing for citizens to celebrate the festival…

Riding along the riverside to experience the century old industrial civilization of the Huangpu River is the pulse of Shanghai’s history, especially the 15.5km Yangpu riverside line, known as the “Corridor of Modern Industrial Civilization in China”, where there is a distinctive century old industrial heritage, With the brilliant chapter of being an industrial base, the National Day is the best time to ride a bicycle with your children and experience the unique autumn scenery of Shanghai…

Xiao Liu, a Shanghai girl who grew up by the Huangpu River, witnessed the great changes of Yangpu Binjiang.

She was pleased to say that in the past ten years, Yangpu Binjiang has changed from a “roaring” industrial shoreline to an open and shared life shoreline, ecological shoreline and landscape shoreline.

Compared with the childhood, the plants and buildings here have a new look.

As a mother, Xiao Liu often takes her children to Yangpu Riverside for a ride, walk, watch the sunset, and feel the changes of the city.

She said that now, with open water banks and beautiful greenery, it is a popular “online red card punching ground” for fashionable people, a fitness ground for sports experts to jog and ride, and a “parent-child paradise” for children.

You can enter Binjiang Avenue by bike from Qinhuangdao Road Dock, go east along the gray dedicated riding road, pass Huangpu Dock, the red sailing place, the wool and linen warehouse hidden in the shipyard, the rain garden with high beauty, the busy and lively Fisherman’s Dock, the simple Dandong Road Ferry…

The online red card punching points on the road are dazzling.

Stop riding and take a look.

There is a section of Binjiang Wharf with wooden structure, which retains the old look of the wharf.

This section can overlook Pudong on the other side, including some landmark buildings on the Bund.

From time to time, cheers and laughter came from the dock.

Some retired elderly people came here together to take photos and recount the past by the river: “I used to take this road every day when I went to work.

Look, Yangshupu Water Plant is over there…” All the way to the Yangpu Bridge, you will see a building surrounded by stairs and planted many flowers and plants, which looks like a “Babylonian Hanging Garden” from afar.

This building also has its own name, “Green Hill”.

It was formerly a tobacco warehouse, but now it is “the first online celebrity along the river”.

The orange crane beside the “Green Hill” is the witness of the old industrial belt on the riverside of Yangpu.

Through the changes of time, it still stands here, witnessing the resplendence and charm of the riverside.

It is even more eye-catching against the backdrop of the national flag.

During the National Day, the author chose Bus No.

21 to explore the historical and cultural footprints of Shanghai.

The journey of taking No.

At the intersection, I came across a century old shop – Chunfeng Songyue Building.

“Vegetable buns sell best!” The aunt is busy packing for customers in the window.

The vegetable buns of 4.5 yuan each have been included in this time-honored brand’s hundred years of history.

After getting on the bus, you will pass Huangpu Theater along the way.

In 1935, the film “Children of the Wind and Cloud” premiered here, which was the first singing of “March of the Volunteers”.

For old Shanghai, watching a funny play here is a memory of many people.

When the bus passes Sichuan Road and Bridge, you can see the Oriental Pearl, Shanghai Center and Shanghai World Financial Center on the right side, overlooking the Waibaidu Bridge.

Get off at Wuchang Road, North Sichuan Road.

The nearby historic buildings can be described as “one in three or five steps”.

Shanghai’s history and culture radiate charm in the process of “reading” these buildings.

Go on the 21st Route and follow many people to get off at Lu Xun Park.

Liu, retired in the park, plays saxophone, fulfilling his dream of learning musical instruments when he was young, and enriching his retirement life; Geng, a hip-hop professional, danced with his friends with a small stereo…

Following the path of Route 21, he tasted Shanghai’s yesterday and today, felt the history and humanity along the way, and loved Shanghai more in the process of tasting Shanghai.

Walking along the riverside, you can taste the flowing city scenery.

Suzhou Creek is full of time, telling the echo of history, nourishing the soil of the city and the people on both sides.

The river water flows through the hinterland of Shanghai, leaving a gentle mark of life, creating a beautiful and story telling architecture and culture on both sides of the river.. 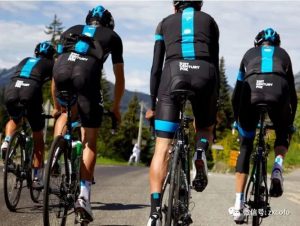 Ride the mountains and seas to start the journey of national day!