After receiving such good information every day and getting a motorcycle driver’s license in Dali, you can legally go on the road.

Instead, you don’t often ride a motorcycle.

The love of motorcycles is first affected by the natural environment.

Wuhan is a sweltering wharf City, and riding motorcycles is cool without traffic jam; Culturally, it is influenced by the motorcycle diary by the proletarian revolutionary Che Guevara, who believes that motorcycles can give people freedom and power.

When I was a child, I grew up in a city village full of crime.

I hated and longed for crime itself.

Fortunately, he has a sound personality and is not able to put his inner thoughts into practice; If it is true, it is also out of the motive of acting on behalf of heaven; In modern society, the law completely gives the right of personal revenge to a third party, and adults don’t even have the right to fight! In order to moderately release the part of my heart that craves adventure, I often went to Southeast Asia before the outbreak, and I have a natural longing for the golden triangle.

The symbol archway in the golden triangle in Thailand, the motorcycle army is a unique scenic spot in my eyes.

The sultry air, the crowded traffic flow, and motorcycles gathered at the intersection, and the exhaust pipe roared and agitated.

As soon as the traffic light turned green, everyone rushed out like an arrow leaving the strings and quickly parted ways in the traffic flow.

I ride a motorcycle in Thailand.

Even foreigners can easily rent a motorcycle in Thailand without a driver’s license.

Caught by the traffic police, he will be fined 500 baht or about 100 yuan, which can be managed for a week; If you don’t ask for a ticket and can bargain, you will be allowed to pay one or two hundred baht.

However, when you reach a contract with the police, you have to make it clear.

I experienced being fined and detained in Thailand.

I never made travel plans.

I always went to the local place.

I didn’t even advance the offline map. 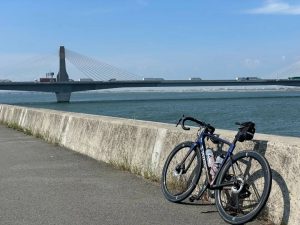 [exposure platform] do you wear helmets when riding?