Recently, a father and daughter in Dongguan caught fire on the Internet. 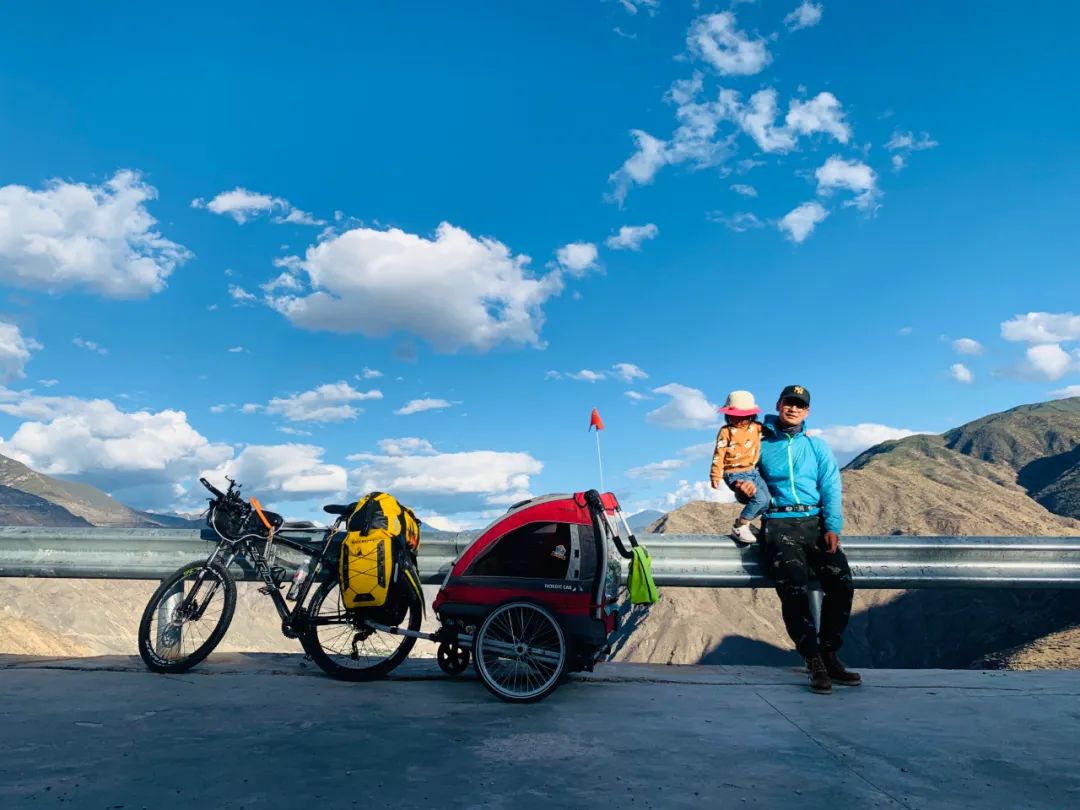 The post-90s “Daddy” dou Haobei took his 4-year-old daughter from Dongguan for 72 days and rode all the way to Lhasa for more than 4000 kilometers.

The father and daughter crossed the mountains, lakes and seas to see the beautiful scenery all the way and left unforgettable memories.

“Daddy” dou Haobei said: “although I didn’t go to school, I took my daughter to the galaxy tutorial class!” For 72 days from April 2 to June 12, Dou’s father, dou Haobei, said that he was in an unspeakable mood when he arrived at the Potala Palace.

For him, Lhasa may not be in the Potala Palace, but on the road.

It is Tibet from every moment of departure, and the experience with his daughter is beautiful.

Affected by the epidemic, the kindergarten in toudou has not resumed classes, and April this year is her fourth birthday.

Dou Haobei, who has always loved sports and has many riding experience in Tibet, made a detailed and bold plan: take her daughter to Lhasa.

“When you are young, you should do something that will bring tears to your eyes for yourself and children in the future.” A professional bicycle, equipped with a sunscreen and rainproof trailer, let’s go! “We started from Dongguan, passed by the prosperous Shenzhen, entered Guangxi and saw the unique plain landform.

When we entered Yunnan, we found that it was a different world and changed greatly.” Along the way, Dad Dou and his daughter saw endless farmland, scattered villages, mistakenly entering the mountain village path, harvesting a sea of roses, walking on the blue and quiet Erhai beach, running and riding under the Yulong Snow Mountain, and climbing the Dongda mountain at an altitude of 5130…

However, behind the beauty of “poetry and distance” spread wildly on the Internet is more difficulty and persistence along the way.

“I’m used to having a flat tire in the end,” Dad said with a smile.

However, what impressed him most was the journey of hongla mountain in Yunnan Province.

The large slope and rainy weather brought great resistance to the riding of him and his daughter.

“It’s cold outside, but there’s sweat inside in the raincoat.

The whole person is in a low temperature state and can’t ride at all.

You can only push at the back.”.

Although the secret of dad Dou’s climbing up the slope is to bow his head and continue to move forward, he will always arrive, but the conditions were limited that day.

He only completed more than 30 kilometers on the original plan of 70 kilometers that day.

Finally, the father and daughter got stuck in a small village on the mountain.

“I couldn’t find a place to stay.

Fortunately, I met enthusiastic Tibetans and spent the night.” In this way, I never know what will happen at the next stop.

When I’m tired, I stop to see the scenery.

On the contrary, my father and daughter become more tacit understanding and cherish each other.

When it came to her birthday, her birthday wish was that her father would accompany her every day.

Dad Dou said that riding to Lhasa with his daughter is a gift for her fourth birthday.

This lesson in life is called persistence.

“I want to tell her through practice that as long as we insist, the mountain can be moved and the sea can be filled.” As soon as she walked, she sat in a small trailer and watched her father riding.

This is probably her first impression of the word “persistence”.

In addition to persistence, along the way, father and daughter also gained goodwill and learned to share.

“I have been shaking tiktok, many people have been watching us, and then someone saw us on the road, gave them to the bag, and the car was almost ready.

At night, there were still unknown drivers who helped me to light the lights behind them, which made us very moved.” In order to share this kindness, Dad took his daughter and bought some painting tools.

After arriving in Tibet, he gave them to the local small Tibetans.

After delivering them, he said to Dad, “I want to give them some more.”.

“Rich daughter is not material, but spirit.

I can’t afford to leave a few houses for my daughter, but I want to leave her the world.

Dad will accompany you to explore the memories of the world.” Dad Dou said that this is his parenting philosophy.

Tibet is a place that countless people yearn for.

My father can take my daughter to see it when riding.

Don’t you plan to drive there? In the soaring temperature, we ushered in a hot July.

Do you feel the heat unbearable? However, this is the most beautiful season in Tibet and the best season for travel and photography in Tibet.. 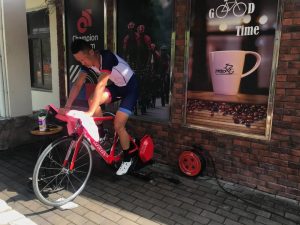