Have you ever met a trafficker? A friend of sister V once met.

My friend told sister V that it was about 20 years ago.

Sister V’s friend was still a child who didn’t know clearly about good and evil.

He didn’t understand how much harm a seemingly friendly stranger would do to his life.

My friend still remembers that the day I met the traffickers was a summer afternoon.

The weather was very muggy and the cicadas on the trees were weak from the sun.

They were hoarse and hoarse there.

Unable to take a nap, sister V’s friend, who was shouting to play in the small yard, was so confused that he was picked up by a strange man on his bike.

Fortunately, the friend’s mother found out in time and rushed to rob the friend.

Seeing the situation, the trafficker disappeared on his bike.

In that unclear memory, sister V’s friends only remember that after the man disappeared, her mother lost her temper.

After that, her friend remembered that she met several police uncles “inexplicably” and said the scene of “Uncle riding a bicycle (human trafficker)” several times.

It’s just that in that era without monitoring, it’s not easy to catch a trafficker who has long escaped.

My friend’s mother had nightmares for many years.

And it was many years later that my friend suddenly realized: if my mother didn’t grab herself from the traffickers in time, what would happen to her fate? This is beyond anyone’s imagination.

In 2015, a film “lost solitude” starring Andy Lau with the theme of “abduction” was released.

The film is about Lei zekuan’s two-year-old son radar lost in 1998.

Lei zekuan began a 14-year-old journey to find his son.

Along the way, Lei zekuan went through hardships and met Zeng Shuai, a young man who was abducted to repair a car when he was four years old.

Lei zekuan helped Zeng Shuai find his relatives who had been separated for many years, and continued his way of finding his son with the navigator sent by Zeng Shuai.

In this film, Andy Lau plays the prototype of a father looking for a son called Guo gangtang, and the abducted son is called Guo Xinzhen.

On the morning of July 13 this year, the Ministry of public security held a press conference: after 24 years, Guo gangtang, the prototype of “lost orphan”, finally found his long lost son Guo Xinzhen (also known as Guo Zhen).

A long wait and search can finally come to an end.

September 21, 1997 is just an ordinary day for many people, but for Guo gangtang, it has completely rewritten the node of life.

Guo gangtang came home after a busy day, but was told that his two-and-a-half-year-old son was taken away by a young woman in her 20s pretending to be the child’s aunt.

In an instant, five thunders exploded.

From the moment he learned that the child was abducted and trafficked, Guo gangtang embarked on a long road to find his son.

When people encounter something they can’t believe, there are usually the following five steps – denial, anger, struggle, depression and acceptance.

So many children, why is it that my son was abducted? Why me? The long journey brought unimaginable hardship, and Guo gangtang began to be angry because of the difficulties and difficulties in finding people in the vast sea.

At first, Guo gangtang even hated the beautiful women he met on the road.

Because he heard that the person who abducted his child was a beautiful girl.

The woman who “doesn’t look like a trafficker” easily pushed the Guo gangtang family into the vortex of tragedy.

Searching for children is like a search without an end.

The prime time to retrieve the abducted child is 40 minutes.

There are two ways to free these parents from such unknown and suffering.

To sum up simply, it is “persistence” and “giving up”.

“Persistence” is to keep looking until you find it.

Maybe some friends who have seen another film about abduction, dear, still have an impression of this paragraph.

It was Han Dezhong (Zhang Yishi) who decided not to find it.

At Tian Peng’s birthday party, he told many orphaned parents that his wife was pregnant.

This means that their search for children has reached another “end”.

They will have a new family and start over.

However, Guo gangtang showed the public another choice.

In the past 24 years, Guo gangtang and his wife have had two more children and brought them up.

Later, Guo gangtang began to engage in real estate in his village, and they contracted the earthwork transportation project.

His wife is responsible for taking care of the children at home and watching the workers work, while Guo gangtang continues to look for children and works odd jobs at the same time.

In this way, the couple paid off their debts to their neighbors for finding their children.

Only this time, Guo gangtang not only found it himself, but also helped others find it.

His motorcycle is always plugged with the information of lost children, including his own children and others.

There are many kinds of information about looking for children, including lost, abducted and runaway…

Every time he goes to a new place, he will post a poster of looking for children.

If he sees the notice of looking for someone in another house, he will tear down one and put it in his own booklet.

For Guo gangtang, “helping others is helping yourself.” In lost solitude, there was a passage that said, “when he comes, fate gathers; when he goes, fate scatters; when you find him, origin; when you don’t find him, fate dies.

Finding is the origin, and when you can’t find it, fate ends.

The road you have traveled and the people you have seen have their own reasons and fate.. 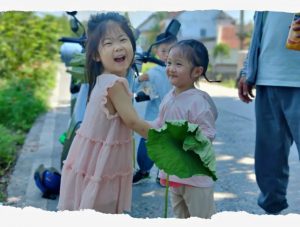