A city’s concern and friendship for the disabled reflects the temperature and height of a city.

In early September, Chen Yongjie, a disabled person in Shenzhen, rode to experience the barrier free facilities of Shennan Avenue.

He found that the size problems of the blind path emerge one after another and there are many hidden dangers.

This is the blind path of barrier free passage, with many obstacles.

Chen Yongjie, who loves cycling and once rode from his hometown of Baoding, Hebei to Lhasa, Tibet, is implementing a new cycling plan – to experience the current situation of barrier free facilities in Shenzhen by cycling 6124 kilometers and 9172 (sections) of roads in Shenzhen.

At the Tokyo Paralympic Games, which closed on September 5, Chinese athletes ranked first in the Paralympic gold medal list and medal list with an absolute advantage of 96 gold medals and 207 medals.

Off the court, there are many disabled people like Chen Yongjie living and struggling hard.

“This ride is also a celebration of China’s good results in the Paralympic Games.” Chen Yongjie said.

Ten minutes after departure, two square concrete protective columns appeared on the blind road in front of the art museum.

“This setting is unreasonable.

It used to be round and square, which can easily bring bumps to the blind.” Chen Yongjie said.

In front, a lane separates the blind roads on both sides.

How can the blind person accurately judge the road conditions? This is also a very difficult problem.

Continue to ride forward, problems emerge one after another.

For example, the original blind track in a straight line suddenly turned a corner and stopped.

It is not easy to connect in front, but it is staggered.

The connection is separated by a floor tile, and there is no seamless connection.

The blind road is still a blind road, but one front and one back are parallel, rather than one paved to the end.

“How does this make the blind go? Break through?” Chen Yongjie sighed.

The blind path is blocked by the isolation board.

Riding all the way, the well covers of various underground pipe networks of power grid, gas and communication occupy the blind road, which has basically become a common phenomenon.

The underground power grid shaft cover is paved on the blind road.

In Xiangmihu section, due to the potholes on the ground, a steel plate is laid.

Even groping forward from the blind road interrupted two meters in front, it is easy to fall because the steel plate is higher than the ground.

The road leading to the blind road is paved with deceleration steel plates.

Go ahead to the Gangxia section of Shennan Avenue, and two garbage cans are close to the blind road.

“The disabled accidentally hit it.” The trash can is next to the blind road.

All the way to experience the feeling of the blind, Chen Yongjie conducted a live broadcast on his mobile phone.

Riding for 16 kilometers, I didn’t meet a blind man who relied on the blind road all the way.

The blind roads are interrupted and staggered, surrounded by construction baffles, and the well covers of hydropower and gas wells appear in the blind roads…

The barrier free blind roads are full of obstacles and dangers.

The continuous blind path seems to be everywhere, but it is intermittent and fails to play its due function and value.

The blind road is blocked by concrete pillars.

The blind roads of Shennan Avenue, which represents the portal image of Shenzhen, are so problematic.

What about other places? “The problem may be more serious.” Chen Yongjie is worried.

“Helping more disabled people out of their homes” talked about the plan to spend three months riding 9172 roads in Shenzhen with a total journey of 6124 kilometers.

Chen Yongjie regarded it as his second turning point.

“In the past, he lived for himself, but in the future, he should live more for others, ride with his mission and help more disabled people out of their homes.” Jiang Wenshan is the founder of the Shenzhen disabled people’s public welfare organization “shake hands with the world” that helped Chen Yongjie complete the cycling plan.

He said that Chen Yongjie’s love for cycling is not ordinary.

He hopes that through this action of cycling 9172 roads in Shenzhen, on the one hand, he can experience the barrier free facilities of roads in Shenzhen and tell disabled friends which road is easy to walk and which road should be paid attention to.

On the other hand, he can encourage more disabled friends to go to the society, realize their dreams and be useful to the society.

In 2004, when Chen Yongjie was working outside, he lost his left arm in an accident.

After the incident, he returned to his hometown, Baoding, Hebei Province.

“He stayed at home for nearly half a year.

He only ate one or two meals a day and was unwilling to talk to others.

His family also felt very annoyed and often lost their temper.” The accident had a great impact on Chen Yongjie, who was naturally lively.

When he was a child, he was the child king among his friends.

He played with everyone carefree all day and dreamed of traveling around the world when he grew up.

When studying geography in junior high school, Chen Yongjie was very infatuated with the terrain and landform.

He once determined to travel to China when he was 50.

“You don’t need any car, just buy a donkey, drink wine, eat meat and move on.” However, after the accident, Chen Yongjie felt that the whole world had turned gray.

He closed himself up.

“He even thought he might as well die.” After a period of depression, Chen Yongjie began to read, “Red Rock”, “gadfly”, “what is steel made of”, “ordinary world”…

The protagonists in these books have experienced hardships..

Huangpu cycling greenway runs through the whole line and is officially opened! 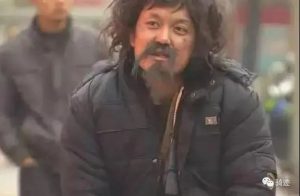 After riding, the painting style has changed greatly, just like two people