In order to implement the national “double carbon” strategy, meituan bicycle actively responded to the carbon inclusive action of “practicing green life and going to ice and snow together” launched by the publicity and education center of the Ministry of ecological environment and the China Environmental Protection Federation.

Cycling users are invited to travel green and low carbon during large-scale ice and snow events.

The carbon emission reductions accumulated by users during the activity can be exchanged for corresponding gifts.

Cycling users said that with the launch of the new function, they can clearly see the contribution of each riding behavior to carbon reduction.

It is reported that green cycling is leading the new trend of lifestyle, helping to reduce pollution and carbon and enhance synergy.

More and more people choose cycling as the main way of travel.

On world cycling day on September 17 last year, the environmental development center of the Ministry of ecology and environment and the Central Joint Certification Center issued the report on shared cycling pollution reduction and carbon reduction.

Don’t rush to do these things after riding 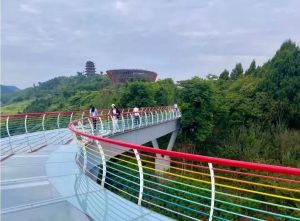