I will meet you again on September 4 in Nangang, Shushan, Hefei, Anhui Province.

This local traditional event has been held for four consecutive years.

The race track is located in the closed loop of Huixing mountain bike park in Nangang, Shushan.

The track covers an area of 530 Mu and has a total length of 7.1 kilometers.

There are many kinds of track technology points.

You can enjoy the beautiful scenery of the countryside, hear the singing of bamboo trees and birds, and taste the old streets of a century old town.

Accompanied by beautiful scenery along the way, I experienced the happiness of mountain riding.

On September 4, after two hours of fierce competition, the 2022 Hefei cycling league competition came to a successful conclusion.

More than 100 adult, children and youth cycling enthusiasts gathered in Nangang Town, Shushan district to show the unique charm of mountain bikes with speed and passion.

As the starting gun sounded, the riders wearing streamlined helmets and colorful cycling clothes rushed out of the starting point like arrows leaving the strings and began the journey of chasing each other.

They sweat on the winding track, ride through the country roads, pass through the mountains and forests, strive for their dreams, and “gallop” like the wind, becoming a flowing landscape.

The venue of this event is located in Qile Park, Nangang Town, Shushan district.

The total length of the track is about 5 kilometers.

The whole track is a dirt road.

It is a high-speed track as a whole.

Each team has a total of 4 people and is composed of at least one female player.

2 players of each team send out at the same time.

After one cycle of riding, the relay reorganized No.

The achievement standard is the minimum arrival time of the last player of each team.

Finally, I would like to thank all the parents of the riders for their strong support for this race. 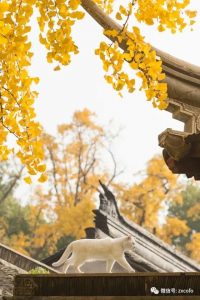 Cycling enthusiasts see that in early autumn, in Shanxi, they ride like this