origin “After Laba, it is a new year.

If you want to find something new to start the year, you may not have much time to do it again. 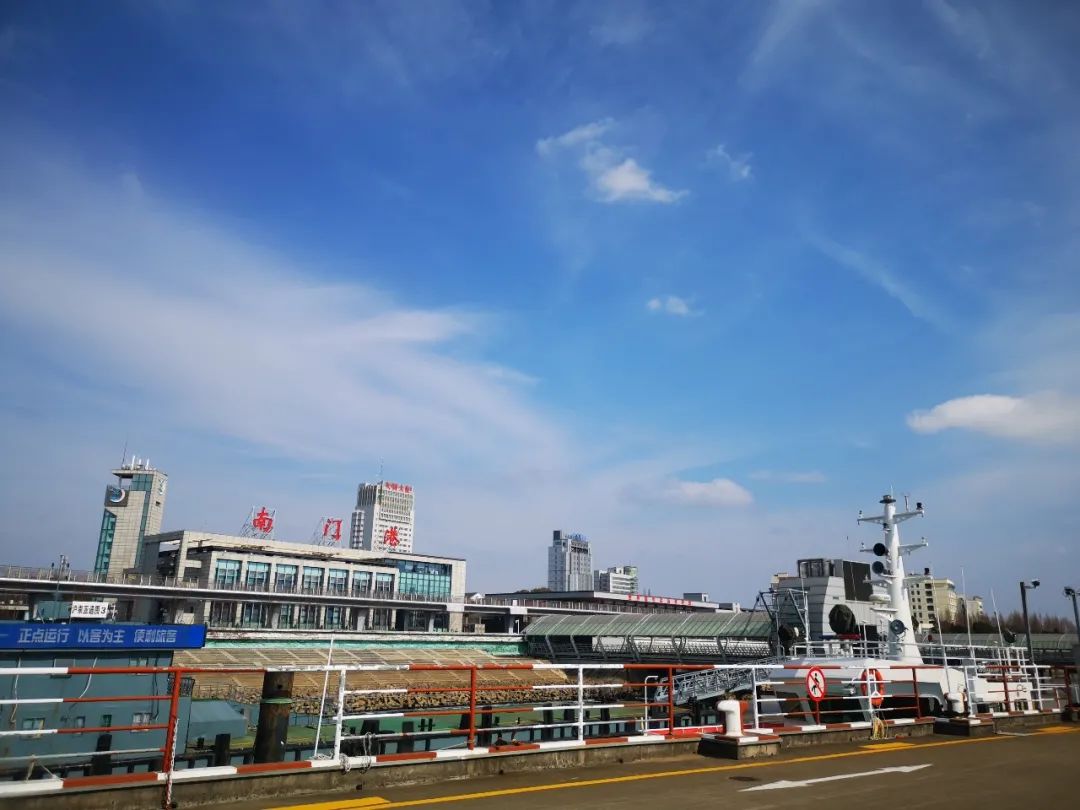 After you come to Shanghai, there is no real long-distance cycling. 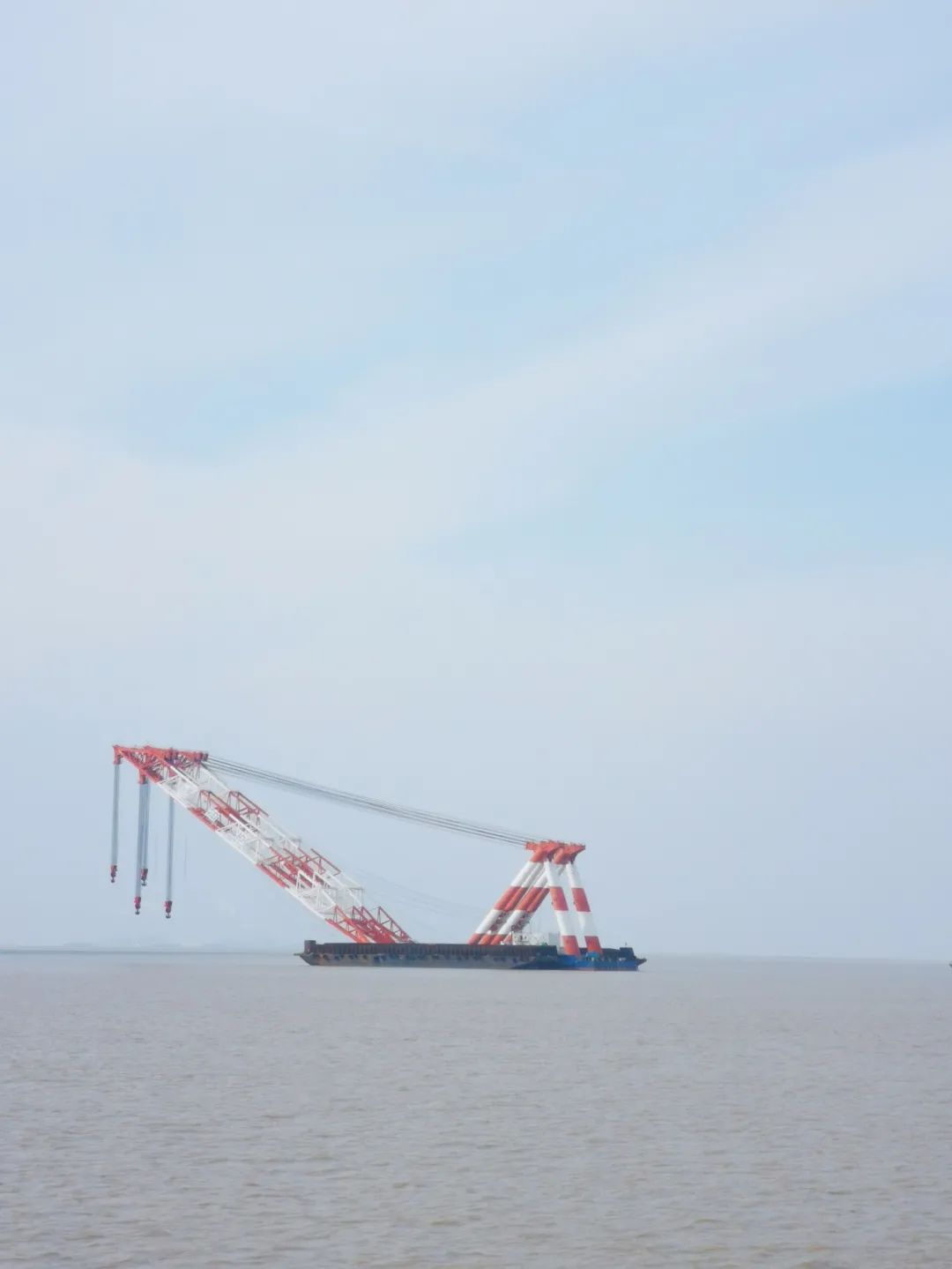 The longer one is to ride from Hongqiao Airport To Fudan in 2020. 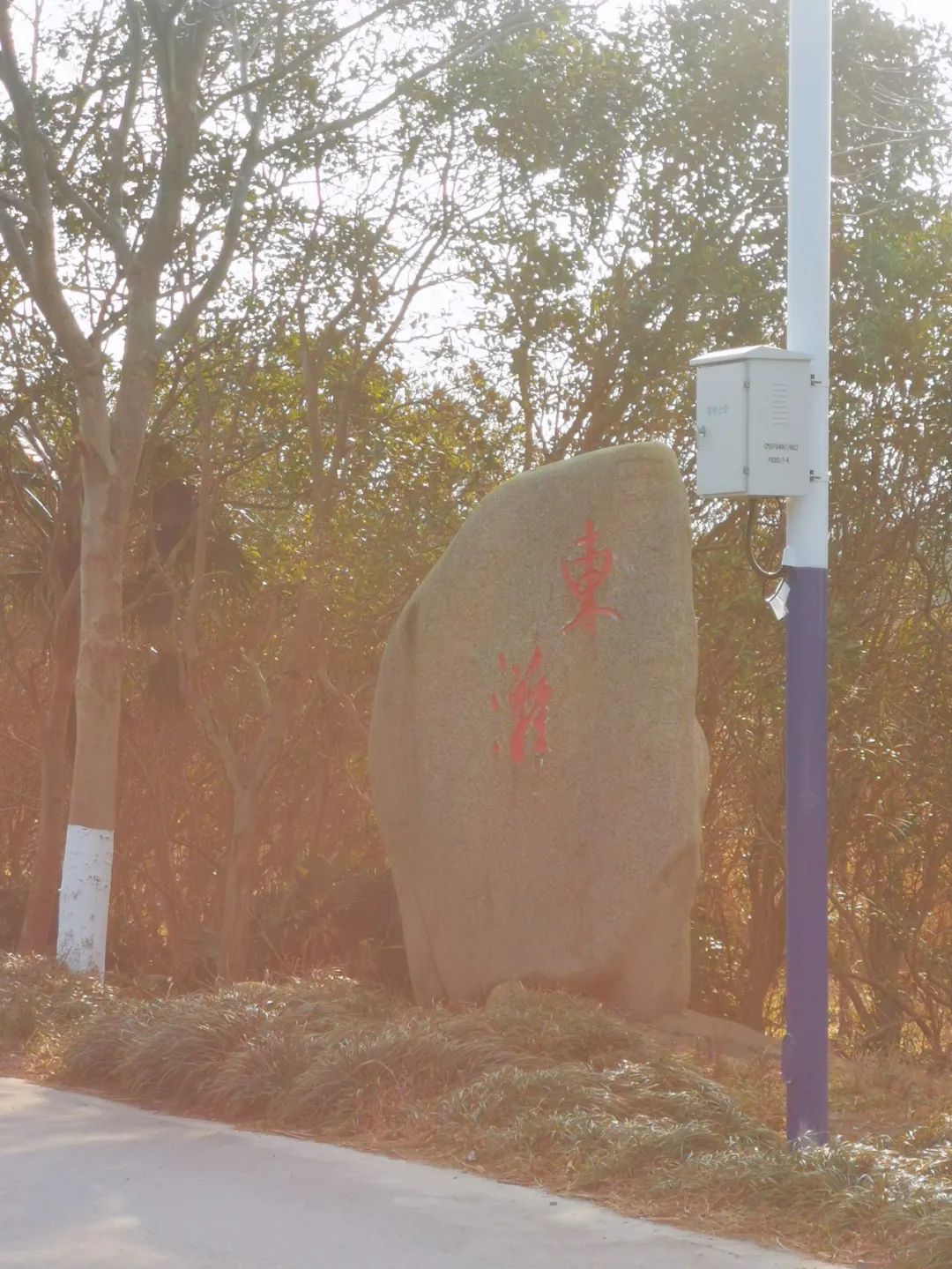 You take a turn in the middle. 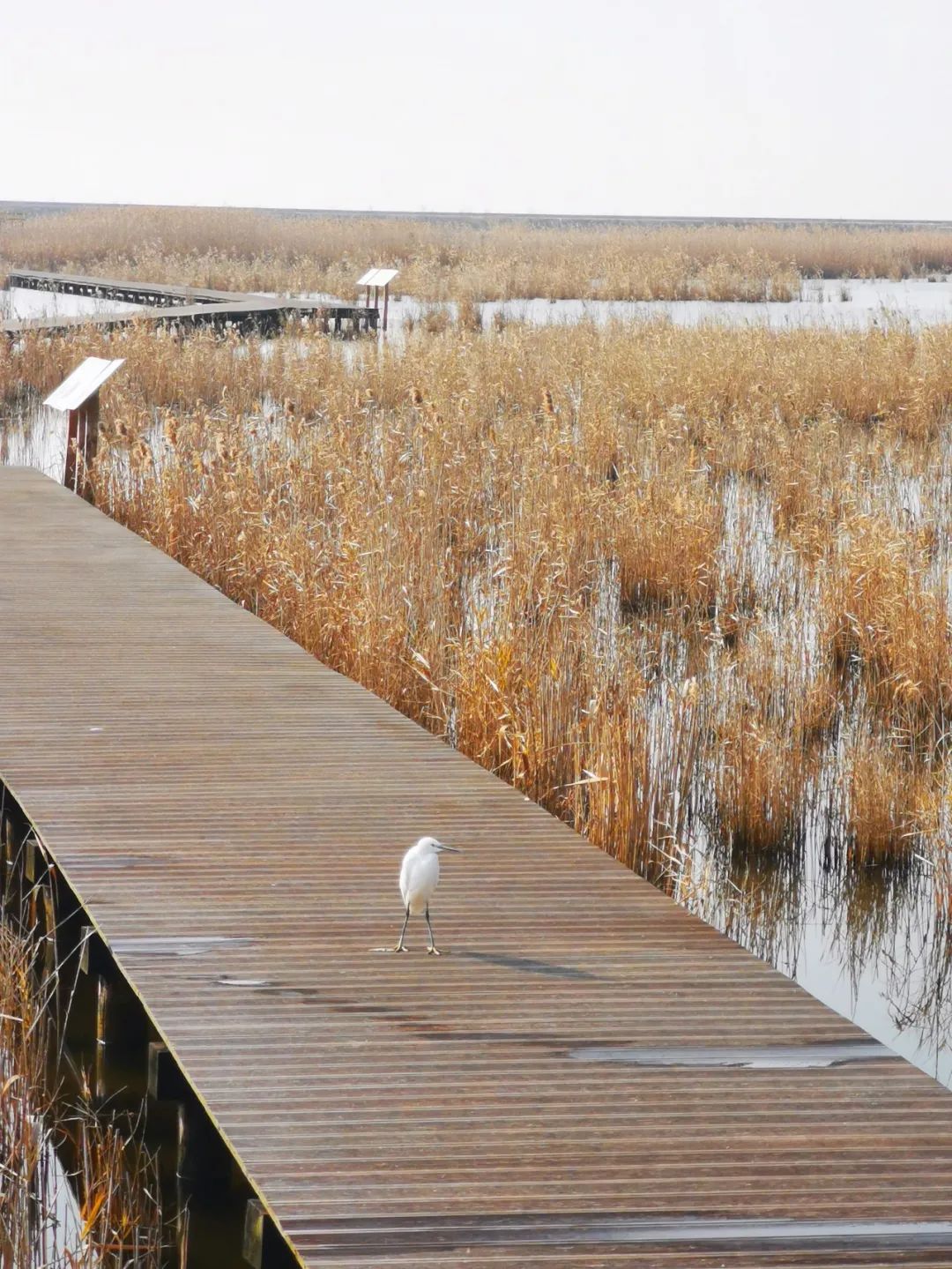 At that time, you rode about 30km, and then you ride to the Bund and Bohua square, which is far from Shanghai It is about 10km away from.

In fact, when I first came to Shanghai, I wanted to go to the seaside often, but Shanghai actually had no “sea”.

Later, I always wanted to go to Chongming Island, but I never started. 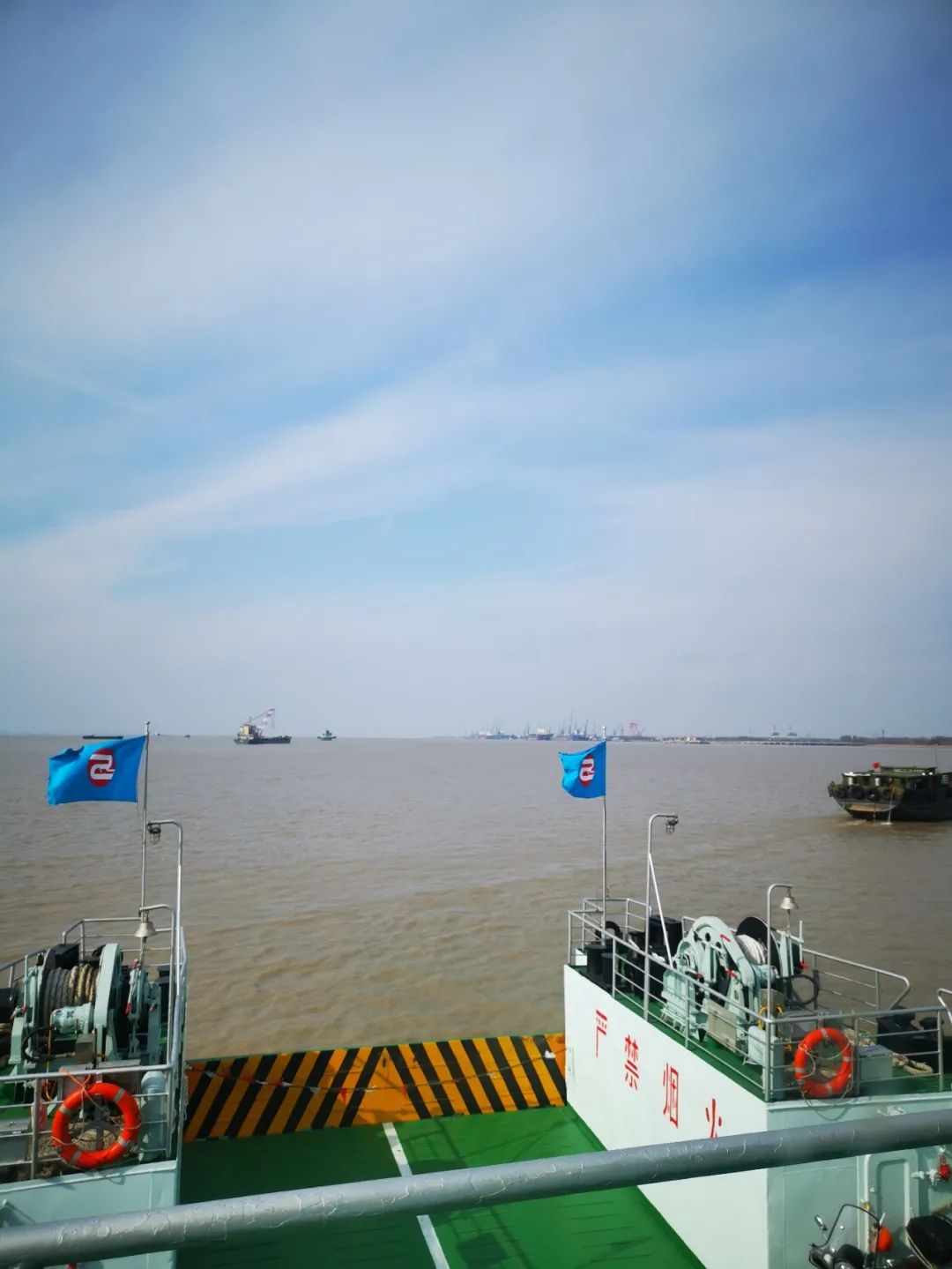 So I thought I would ride to Chongming Island in these two days.

The night before departure, I haven’t really decided yet.

Because I have to ride 200 kilometers in two days, in my previous riding experience, I have never ridden for so long in a short time. 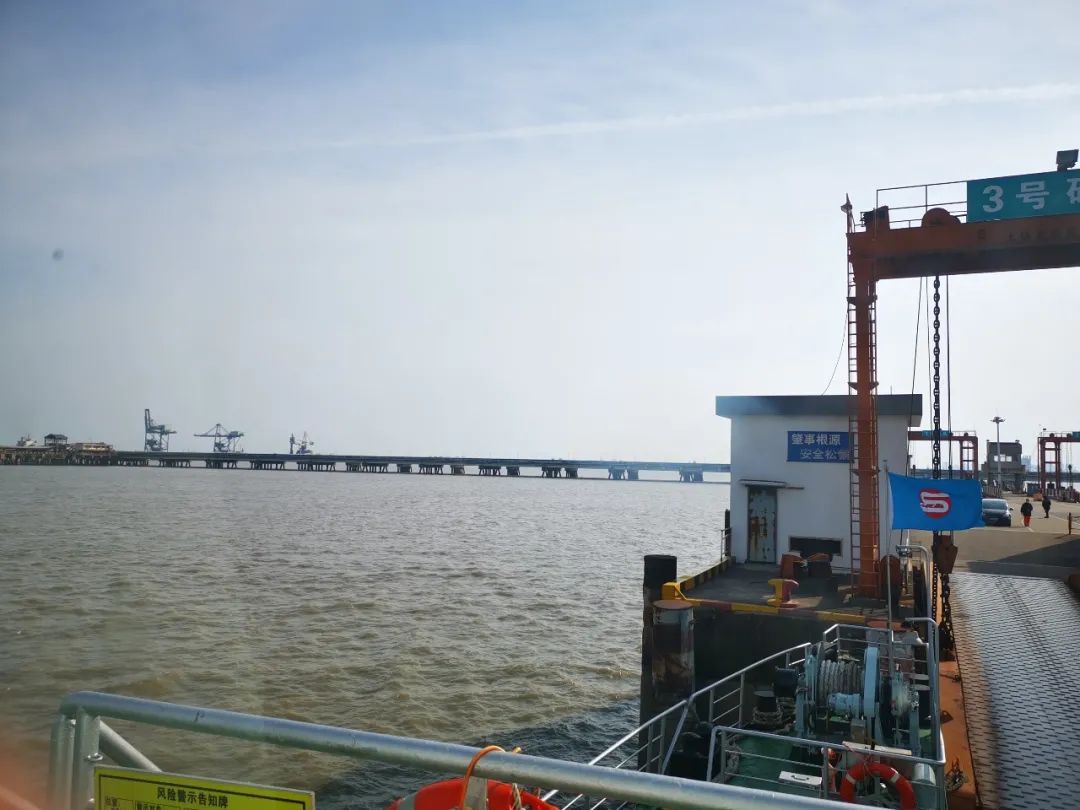 To tell the truth, I’m afraid I can’t come back on the island. 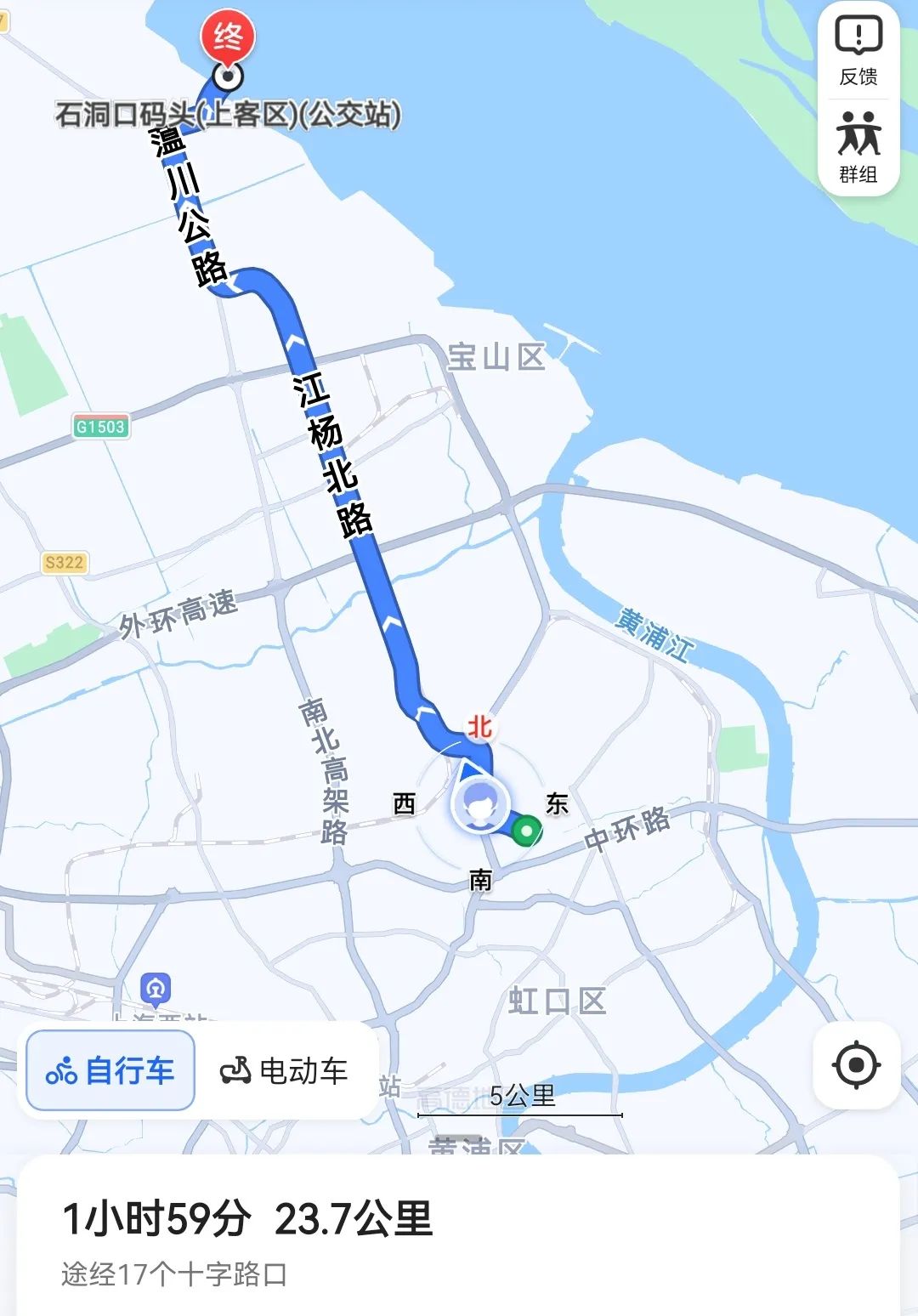 But the next morning, he left.

The specific details will be expanded one by one. 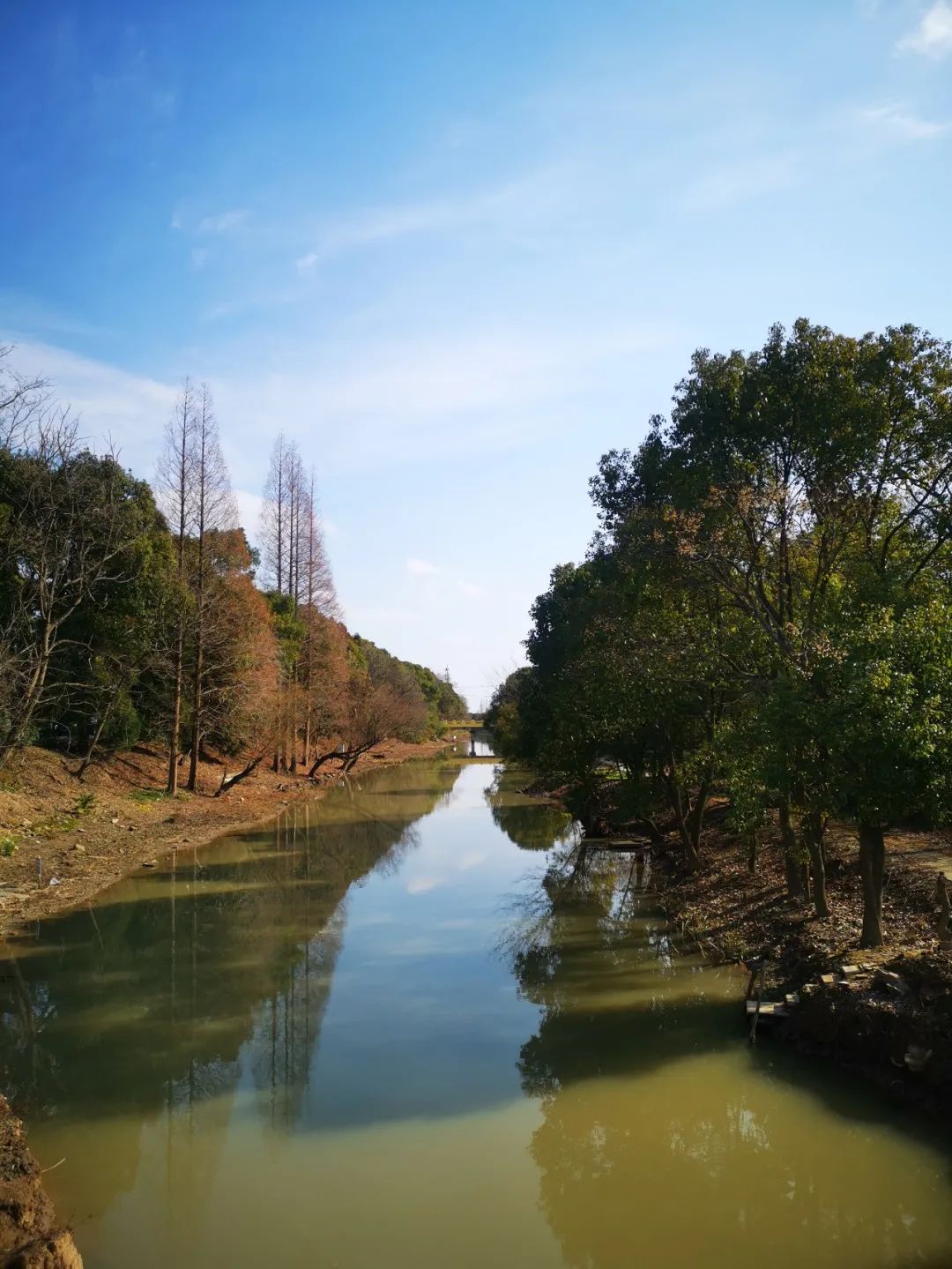 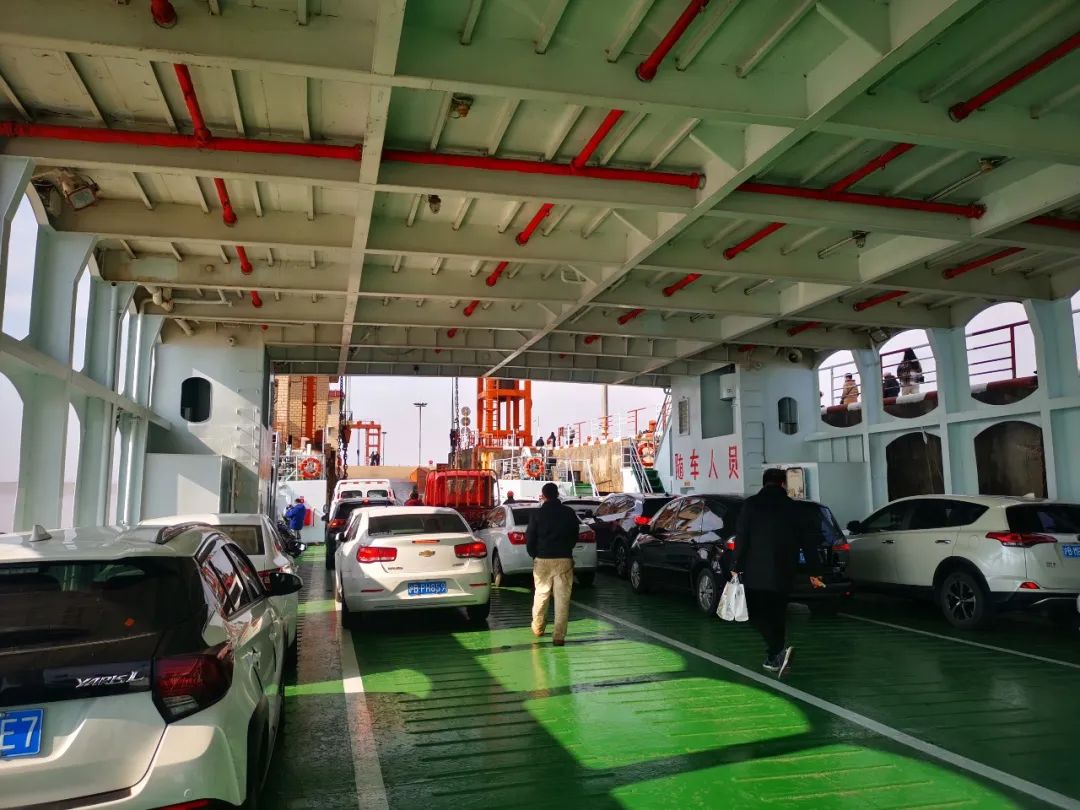 To tell the truth, I don’t get up early in the morning, especially for people who want to ride away. 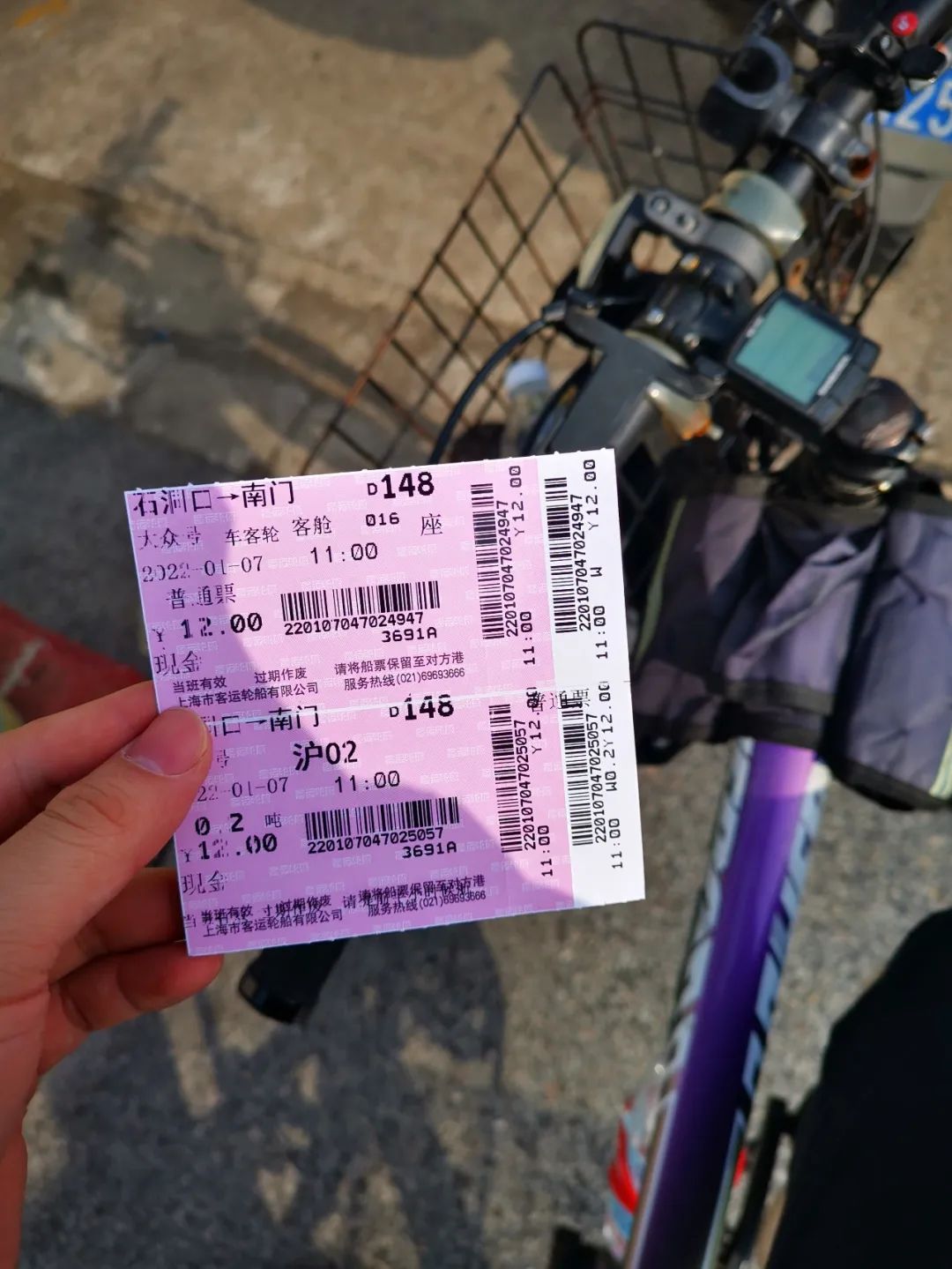 Before, I went on business every week much earlier than this. 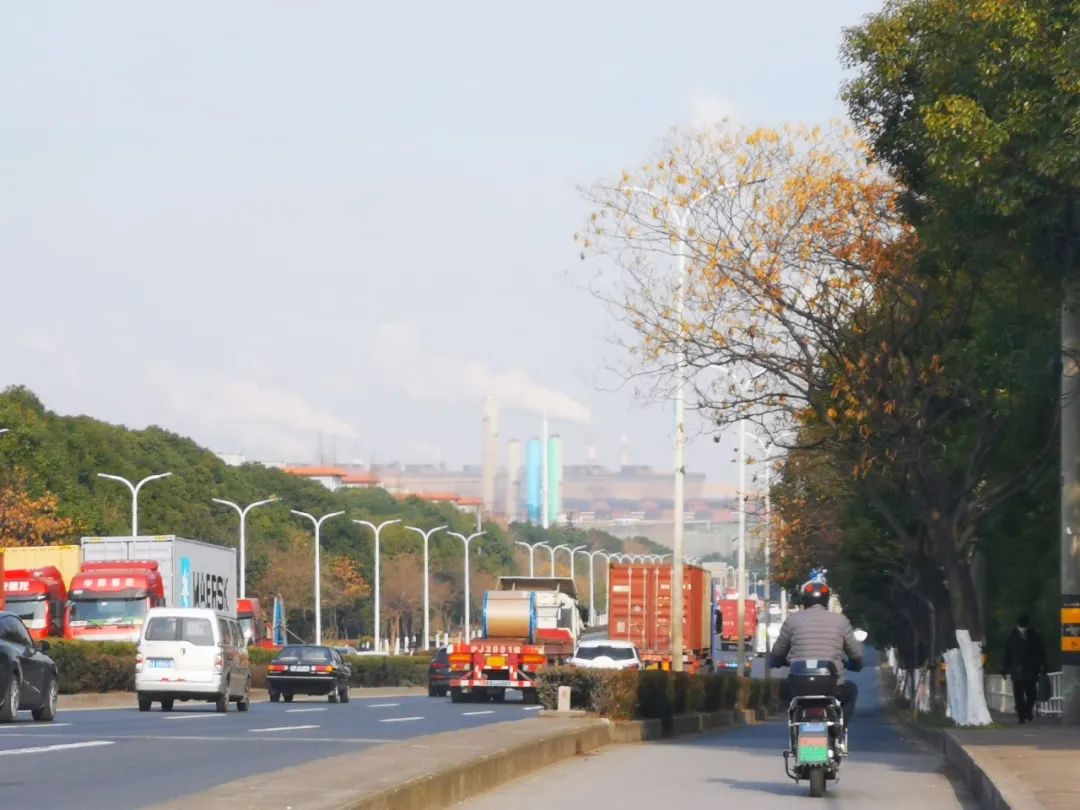 The weather is OK, not good or bad, cloudy to overcast, body temperature is OK, the wind force on that day is OK, level 1-3, not upwind. 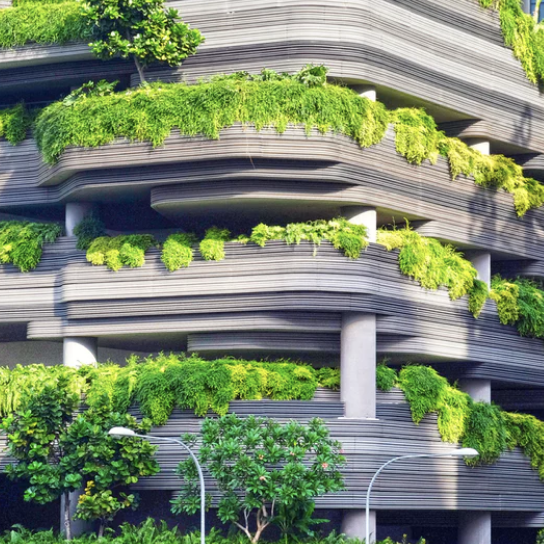 It takes 2 hours to arrive at shimendong Wharf (the middle stay shall not be less than 30min).

This speed is not fast or slow.

It belongs to medium speed.

Due to the morning rush hour and many traffic light intersections in the morning, the middle stay time is not short.

To tell you the truth, this is the first time to take a boat at the wharf in recent ten years.

When I got on the ship, I remembered that I forgot to bring my plastic bag because I remembered seasickness, but in fact, I didn’t respond at all after an hour and a half.

I thought I could arrive at Nanmen Wharf in an hour, but it turned out to be an hour and a half, so I had to ride faster in the back.

After getting off the boat, I went to Dongtan Wetland Park for a moment.

I looked at the distance.

I was sure I couldn’t get to the park before dark.

Even if I did, there was no place to stay nearby.

So I planned to arrive at Chenjia town 10km away from Dongtan Wetland Park for the night and rush to Dongtan wetland the next morning.

17: In fact, the second half of the ride from the South Gate wharf to Chenjia town was a little overwhelming.

One is a little sleepy, the other is obviously that the ass can’t stand it.

One section of the road was almost finished in half sleep.

Fortunately, the road conditions on the island are relatively good, there are special non motorized lanes, and there are almost no vehicles.

In the second half, we have to come down and implement it almost every five kilometers, otherwise we really can’t stand it.

After arriving at Chenjia Town, he found a hotel to stay, ate a spicy hot meal and bought food in the supermarket.

Similarly, I didn’t get up very early the next day, which was almost the same as the first day.

I wanted to get up early and go to the wetland to watch the sunrise.

As a result, I didn’t get up and was too tired.

However, I didn’t get up early and hurried at night.

First, the temperature on the island was very low at night, and second, there were many roads from Chenjia town to the wetland Rural roads have no special non motorized lanes, and the roads are not very wide.

There may be no street lights in many places.

Therefore, riding at night is a great risk.

Moreover, after a good rest, I have the strength to ride today’s 100 km road, which is a very arduous task.

In fact, I felt my thigh ache when I started from the hotel.

Although it’s only about ten kilometers, it’s not easy to ride, and there are many cars on the path.

The area of Dongtan wetland is very large from the map, and only a part can be seen by tourists.

Therefore, the ornamental is medium.

It is suggested that there are more waterfowl in spring and summer.

Starting from Dongtan Wetland Park, we go back to Xinhe wharf, which is 10km closer than Nanmen wharf.

We really can’t ride, so we want to save energy.

This road is mainly riding along the North Highway.

This straight road needs to ride about 25km.

The whole highway (especially the first half section) is very suitable for riding, but it is not well planned for the Tuancheng highway when it came: one is not as wide as Tuancheng highway.

The whole North Highway is actually composed of several sections, so the road conditions are different; Second, there are no separated non motorized lanes in the second half of the journey, and there are a lot of big cars, so it is relatively dangerous, especially not conducive to getting off and having a rest.

However, this is a classic bypass riding route, that is, “going to Tuancheng road + returning to the north along road”.

After riding the Tuancheng highway, according to the navigation, I entered the country road, but I really lamented the wonderful planning of Shanghai.

The country roads are very straight and very suitable for riding.

Many country roads here are actually roads at the door of every family, but the planning is very good, the navigation display is very clear, and the roads are very clean.

When I arrived at Xinhe wharf, because I wanted to catch the boat at 2 o’clock, I finally rode for about 10km.

I hardly came down or rested.

Because according to my previous speed and rest, I arrived at the wharf at about 2:15.

I had to wait for nearly an hour.

Many arrangements after arriving in Shanghai had to be cancelled.

Because I didn’t have a rest, I finally caught the boat 10 minutes ahead of schedule.. 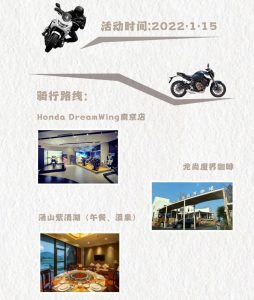