Cycling for more than 10 kilometers and swimming for 1000 meters, is the 95 year old Taiyuan too powerful? Many young people may not be able to do it! He may be healthier than many young people who have been exercising for many years.

In front of him, Qi Fazhi has a ruddy face, light steps and loud voice. 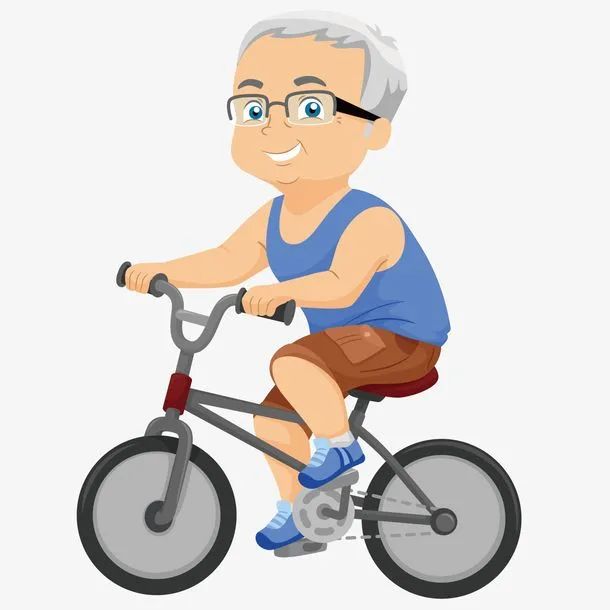 It is difficult to believe that he is 95 years old this year.

Because he insisted on cycling, swimming and photography all year round, he was strong and healthy and rarely got sick.

He said that there is no rest on the road of life, and sports make him happy.

“I keep walking and travel boundlessly.

I exercise, I am healthy and I am happy.” Old man Qi Fazhi, who loved riding, had participated in the war of resistance against Japan and the war of liberation.

Years of military life tempered his will and courage and gave him the courage to pursue his dreams without fear of difficulties and obstacles.

In October 1988, after he retired from Taiyuan Transportation Bureau, playing poker and chess became an important entertainment in his later life.

At that time, Qi Fazhi often made an appointment with his neighbors to play chess in Yingze Park.

At noon every day, they played chess and cards for hours at a time.

But after a period of time, the old man Qi Fazhi found that he was not strong, “sitting for too long every day, he always felt wrinkled and uncomfortable.” Life lies in sports.

Since then, Qi Fazhi has joined Taiyuan Cycling Association to start the cycling life of the elderly.

Qi Fazhi old man’s bicycle and backpack, followed his teammates to shuttle between the scenic spots and historic sites in Bingzhou.

While strengthening his body, he enjoyed the great rivers and mountains of the motherland and felt the infinite comfort of his old life.

(network map) for more than 30 years, Qi Fazhi has cycled more than 10 kilometers every day, changed four cars, and traveled about 200000 kilometers.

The old man’s son told reporters that his father’s blood lipid was on the high side before.

After he insisted on cycling, the blood lipid was also relatively normal.

“Because of his toughness and good sports, my father later became the captain of the third team of Taiyuan Cycling Association.

Now he goes out and rides a small electric car.

He has made many like-minded friends through cycling.”.

In addition to adhering to cycling, Qi Fazhi is also a “master swimmer”.

Breaststroke and freestyle are easy for him.

Backstroke and snorkeling with high difficulty coefficient are not to mention.

He will lie on his back and rest in the water.

In the swimming pool of Shanxi veteran cadre activity center, the old man stretched out his arms, rowed, bent and stretched his legs, pedaled and clamped the water, which was 200 meters.

In order to demonstrate his swimming skills, the old man changed his swimming posture from time to time, alternating freestyle and backstroke.

No one can believe that he is over 90 years old.

(network photo) Qi Fazhi said that in the 1980s, he had just started swimming.

“It’s hard to choke on the water and keep his eyes bulging.

But when you think about us, we’re not afraid of bullets and bullets.

The dish of ‘small dish’ of swimming must also be won.” To this end, he often went to Jinyang Lake to watch others swim.

After careful “learning” for a period of time, he mastered the skills of breathing, coordinated the movements of his hands and legs, and learned to swim.

“From October 1988 to now, I have never stopped swimming.

In the swimming pool, others don’t believe that I’m more than 90 years old,” said Qi Fazhi.

Whenever he heard someone boast of his high swimming skills, he was particularly proud.

Old Qi Fazhi, who likes photography, has a strong body and sharp legs and feet.

He also likes to pick up the camera and record the beautiful things around him.

The glittering dew hanging on the grass leaves in the morning, the city landmark carrying memory and expectation, and the rare precious animals are all where his lens focuses.

“Photography can record my life and reflect my state of mind, so I’ve been obsessed with it all these years,” said Qi Fazhi.

Since he mastered his shooting skills, he spent more than 10000 yuan to buy a camera and often asked three or five friends to take pictures in scenic spots, field trails and along the Fenhe River; Is to travel with the unit, take some photos with old colleagues of the Transportation Bureau and compare their skills.

“It’s very satisfying for me to stay away from the noise of the city, breathe fresh air and freeze a better life.

At the same time, I feel that the country is rich and prosperous and people’s life is beautiful.” Fearing life and insisting on sports, Qi Fazhi’s positive life attitude and open-minded and optimistic old-age state of mind not only make his life magnanimous and calm, but also make his old age healthy and happy.

For this reason, he was awarded the honorary title of “elderly health expert” by Taiyuan city this year. 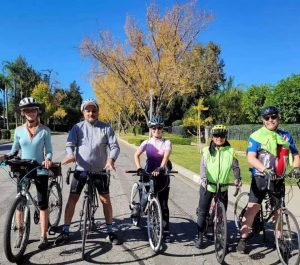 Riding on a bright and refreshing morning

Riding is our way of life!