This is a “temporary pass”. 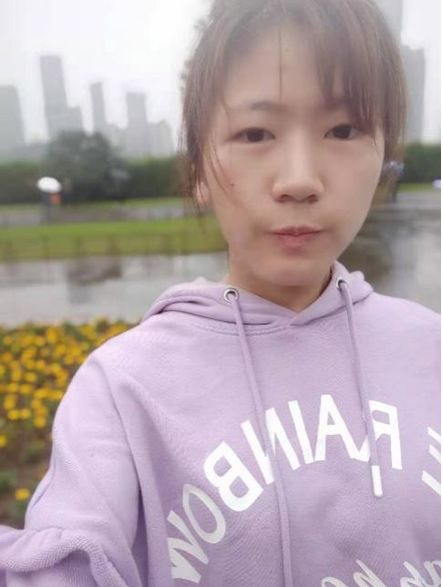 It is 300 kilometers from Jingzhou to Wuhan. 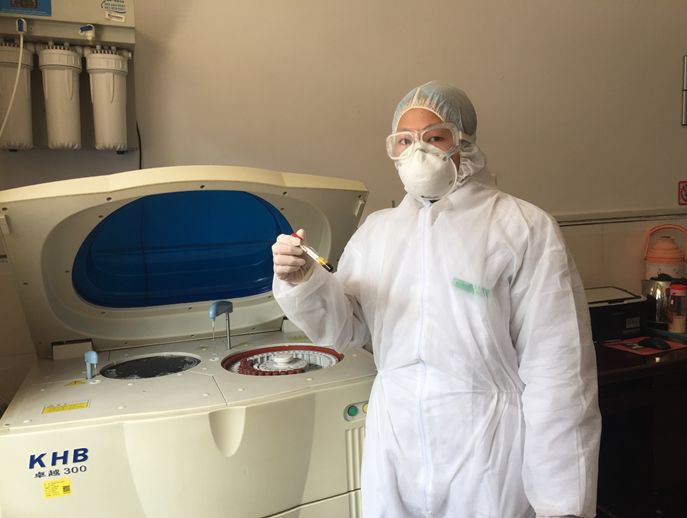 It says “bicycle” at the license plate number; This is a 4-day and 3-Night return journey, day and night, rain and wind. 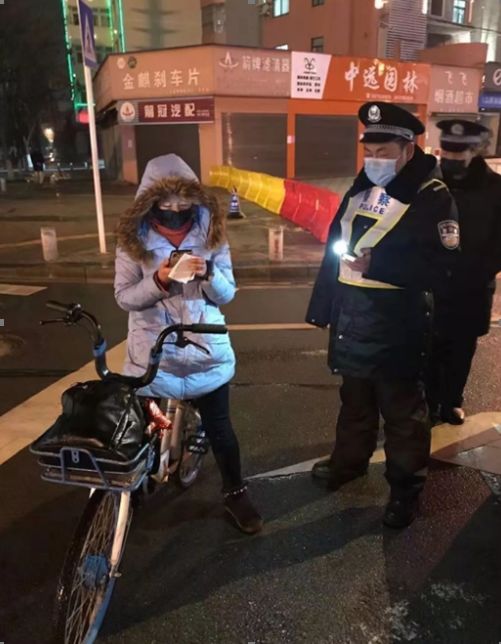 There is only one reason: “return to work as soon as possible”…

Gan Ruyi, 24, is a doctor in Fanhu branch of Jinkou health center in Jiangxia District, Wuhan.

When she appeared at the gate of the hospital early in the morning of February 4, the leaders and colleagues were surprised first and then heartache.

“At that time, the knee was swollen and it hurt badly.” Gan Ruyi said with a smile, “methods” are always more than problems.

She has experienced cycling, hitchhiking and walking, but she never thought of shrinking back.

As the name suggests, Gan Ruyi is “as she wishes”, and participating in the treatment of the epidemic is what she needs to face next.

“I also want to go back by bike, one less time.” there are only two people in our department.

The epidemic is so serious that I have to go back.

Moreover, another colleague is 58 years old.

He has been working for more than ten days, which can also reduce his pressure.

Two years ago, she was admitted to Fanhu branch of Jinkou central health center and became a doctor in the laboratory.

When the epidemic broke out and Wuhan was “closed”, she had just returned to her hometown for vacation.

“Now return to Wuhan? It’s too dangerous!” After hearing the news, her parents couldn’t help sweating for her, “it’s more than 300 kilometers away from Wuhan.

Now the traffic is controlled everywhere, and the long-distance shuttle bus doesn’t go.

The reporter saw that “bicycle” was written in the column of “temporary pass” and the reason for passing was: “go to work in Wuhan Jiangxia Jinkou central health center.” “Dad didn’t trust me and decided to accompany me to the county first.” Gan Ruyi said, “at first, my idea was to go to the county to see if I could stop the car.” At 10 a.m.

on January 31, Gan Ruyi set out with biscuits, instant noodles and oranges on her back.

“I brought supplies for a day and bought everything I needed on the way.

With my father, the journey was very smooth.” Gan Ruyi said, “at 3 pm, we went to Gongan County and stayed with relatives.” “The next day, I won’t let my father send it again.” Gan Ruyi explained, “we stopped a lot of drivers in the county, but they couldn’t get out of the city because of the traffic closure.

We also went to a gas station on the nearby highway to find a free ride to Wuhan.

We waited for several hours and couldn’t find it.

I thought I couldn’t wait any longer, so I was going to ride to Jingzhou to find a way.

There were many cars there.” On the morning of February 1, Gan Ruyi continued to set out after getting the county-level pass certificate from the public security county CDC, and rode to Jingzhou Yangtze River Bridge at 1 p.m.

“The road was closed and bicycles were not allowed to pass.

I checked my car in a grocery store and called my mother to take it back when I was free.” Gan Ruyi chooses to walk over.

Gan Ruyi recalled that she walked from Jingzhou Yangtze River Bridge to the urban area from 3 p.m.

to dark that day.

On that night in Jingzhou, I searched for a long time to find a hotel.” Gan Ruyi recalled.

Early in the morning of February 2, Gan Ruyi said that she tried to stop a taxi on the roadside and stopped more than a dozen, but none of them was willing to go to Wuhan.

At 11 o’clock, Gan Ruyi found a shared bike, navigated by mobile phone and rode along national highway 318 to Wuhan.

There are many cars on the road, but I’m the only one who rides a bike.” It rained all the way, and her down jacket got wet early.

When it’s dark, turn on the “flashlight” on your mobile phone and continue to ride.

At 8 pm, she saw several policemen standing in the light of the intersection, and then she knew she had arrived at Qianjiang.

According to her memory, the police were surprised to see her: “how can you ride a bike with a girl so late?” “I had no hope of taking a ride at that time.

The worst plan was to ride back in five days, but I met the kind-hearted police.

They helped me find a hotel and promised to help me find a way.” Gan Ruyi said, “they contacted the traffic police of Qianjiang Expressway and bought me a pile of food.” On the morning of February 3, the fourth day, the Qianjiang section of the expressway was foggy and cars could not pass.

At 10 o’clock, the fog dispersed and began to release.

“Along the way, the driver was quite surprised.

The most asked questions were how I rode so far and how to get back to my unit in Wuhan.” Gan Ruyi said, “the driver said he was willing to go around and take me to Jiangxia.

But Jiangxia was too far away and was not on the way.

I’m afraid they have something urgent.” Gan Ruyi came to Jiangxia to work for more than two years, and only a few times went to Wuchang and Hankou to play.

In fact, she has no idea how far away it is, but she remembers that it takes more than two hours to take the bus alone.

“I don’t want to bother them anymore, which has helped a lot.” At more than 12 noon on the same day, we got a free ride to Hanyang District.

After Gan Ruyi got off, she found a shared bike and continued to ride forward with mobile navigation.

“Navigation is extremely fast, and the mobile phone will soon run out of electricity.” Gan Ruyi meets people and asks: how can I get to Jiangxia Jinkou? At 6 pm, she arrived at Fanhu branch of Jinkou health center.

“I was very relaxed at that moment!” She said, “except for the pain in the knee..

The post-90s, who are popular all over the Internet by “riding in China”, have flirted with female anchors in the live studio 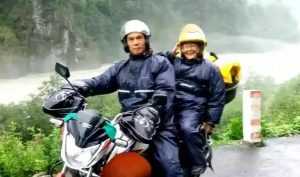 84 year old sister rode 5000km into Tibet: what a disappointment, the snow mountain is too short