As a new triathlon, cycling has set off a nationwide craze this year.

Whether sharing bicycles or ordinary bicycles, cyclists have felt the fun brought by this new way of urban healthy life. 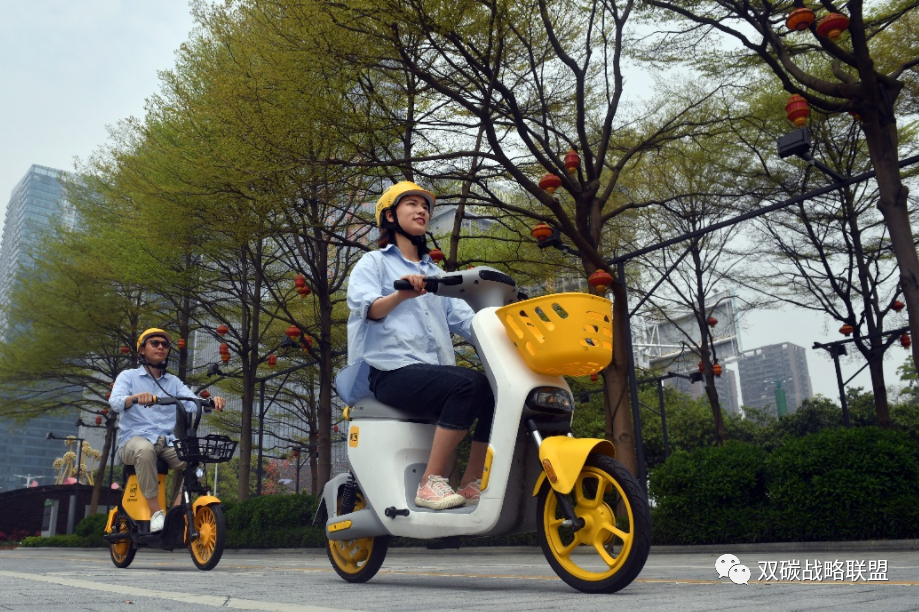 Under the goal of “double carbon”, the low carbon effect brought by the cycling boom should not be underestimated.

The data showed that Meituan Xiaohuang Bicycle users had reduced carbon by 436500 tons in the past year, and 502 users had achieved the small goal of reducing carbon by 1 ton.

At the same time, the publicity and education center of the Ministry of Ecology and Environment, together with Meituan Bicycle, built the rural children’s playground in the name of 1 ton user for the first time in Saihanba.

Since this year, the endless army of cyclists has become a moving landscape of the city: in Beijing, Chang’an Street is hot at night to “traffic jam”; In Chengdu, there is an endless stream of citizens who go to the 100 km green road to clock in; In Shanghai, Binjiang biking lanes are also highly sought after…

On various social platforms, “basking in the sun” has also become a hot topic, which has spread from offline to online.

Bicycle sharing plays an important role in this cycling craze.

Its convenience allows more people to participate in it, and helps the “dual carbon” goal through this low carbon travel way.

Meituan data shows that Meituan’s users of bicycles and e-bikes have reduced carbon by 436500 tons in the past year.

Beijing, Shenzhen, Chengdu, Wuhan and Shanghai have become the top cities in terms of carbon reduction of bicycles.

The Report on Pollution Reduction and Carbon Reduction in the Whole Life Cycle of Shared Cycling shows that a shared bicycle and a shared electric bicycle can achieve the goal of carbon neutrality by cycling 594.7 km and 5798.5 km respectively.

In actual operation, many shared bicycles and electric bicycles will be carbon neutral soon.

In the annual carbon reduction report released this time, a shared bicycle in Shanghai was driven by users for 8394 kilometers, reducing carbon by 0.45 tons; A shared motorcycle in Zhangjiakou has a mileage of 14100 km and a carbon reduction of 0.77 tons.

▲ Users ride and share bicycles on the streets of Foshan Photographer: Jijia achieved the goal of reducing carbon consumption by more than 500 people by riding on bicycles by one ton on March 26 this year, the Publicity and Education Center of the Ministry of Ecology and Environment and Meituan launched the action of “reducing carbon consumption by one person by cycling by one ton”, Encourage and call on users to help “double carbon” through cycling “The goal has been achieved.

According to statistics, the number of Meituan Xiaohuang users who have lost 1 ton of carbon by cycling this year has increased by 100.

Up to now, the number of Meituan users who have lost 1 ton of carbon by cycling since its operation has reached 502.

Among them, Cantonese people are the most competitive in reducing carbon by cycling, with 40% of 1 ton users coming from Shenzhen and Guangzhou.

Compared with ordinary users, the riding characteristics of 1 ton users are also quite different.

The proportion of ordinary users is equal, 8 The post-90s and post-90s are the main cyclists, while the male users of 1-ton users account for 84%, and the post-60s and post-70s are the absolute main force, accounting for 65%.

In addition, the average distance and carbon reduction of a single cycle for 1 ton users are about 3 times that of ordinary users.

He from Foshan is a post-80s generation.

He has achieved the small goal of reducing carbon by 1 ton on cycling this year.

It is understood that Mr.

He, who is engaged in real estate sales, often goes to many places that cannot be reached by public transport when commuting to and from work and selling real estate.

He said that he basically chose to ride Meituan’s bicycle or motorbike.

“This year, the oil price is a little high.

Riding Meituan’s yellow car can not only exercise but also save fuel, and it is very convenient, low-carbon and environmentally friendly.

It is convenient to go anywhere.” Last year, the propaganda and education center of the Ministry of Ecology and Environment issued the first batch of certificates for the top 100 users of Meituan’s bicycles and electric bikes in terms of pollution and carbon reduction, encouraging bike sharing users to make contributions through the “dual carbon” goal of low-carbon cycling.

This year, the Publicity and Education Center of the Ministry of Ecology and Environment, together with Meituan cycling users, donated the “rural children’s playground” paved with recycled tire materials for mountain areas, and continued to deliver the concept of green environmental protection.

The landing of the playground also brings the public space for the green movement to the local villagers.

The design takes the green forest of Saihanba as the main element, deepening the green low-carbon inheritance spirit among the 10000 mu forest sea.

A person from the Publicity and Education Center of the Ministry of Ecology and Environment said: “To tackle climate change, we need to start from a small perspective and practice green life.

The laying of Meituan bicycle tire recycling playground is also to improve the ecological environment from the perspective of green life.

We encourage the public to use green riding, promote resource recycling, reduce pollution and carbon, and also help rural revitalization.. 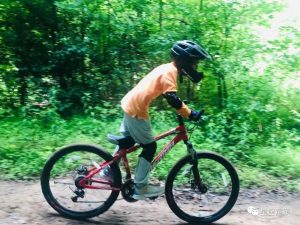 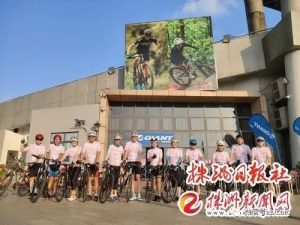