During the trial operation, 25 such hydrogen energy sharing two wheeled vehicles were put into operation, and four stations were set up, namely Xianhu Laboratory, Danru Bookstore, Financial Street and Huanhu South Road, to operate in the mode of sharing bicycles.

The body is blue and white.

The net weight of the whole vehicle is 36.4kg, the maximum speed can reach 25km/h, and the range is more than 80km.

According to statistics, on the first day of the National Day Golden Week, the passenger flow of hydrogen energy sharing two wheeled vehicles reached more than 70 times.

It takes only 10 minutes to see the beautiful scenery of 3.5 kilometers! Foshan citizens and tourists only need. 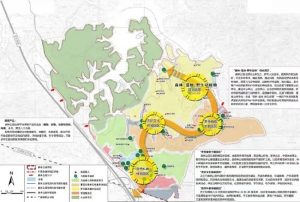