“Other children have page and amusement park at the age of 4. 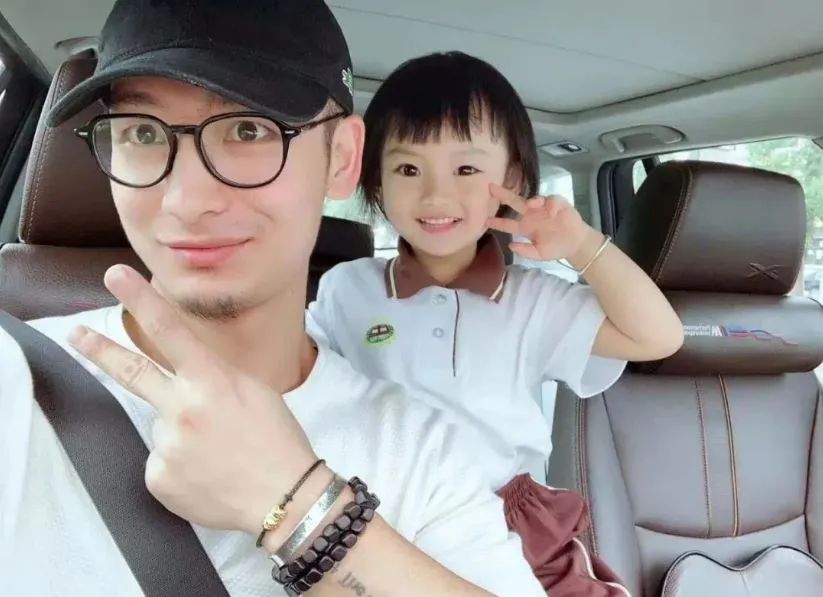 I hope you have poetry and distance at the age of 4.” Wen Shazi, Hu Wenwen, a Tao (d) ǒ u) When he connected the reporter of Nandu weekly, it was more than 8 p.m. 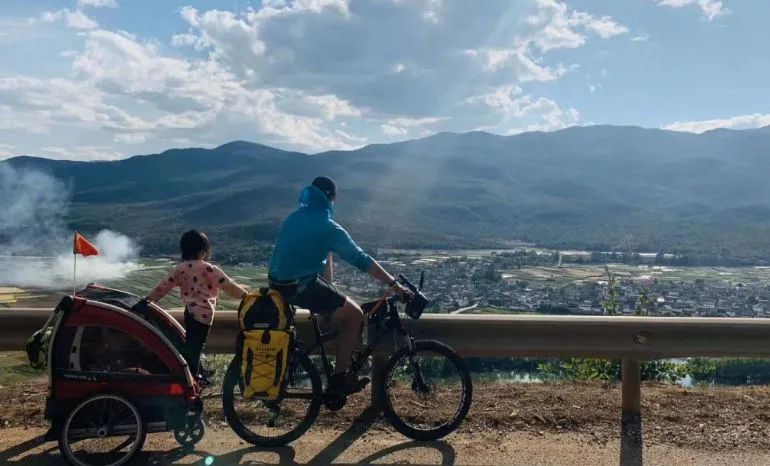 and the background sound was the radio of the airport.

His daughter was coquettish and wanted to watch cartoons. 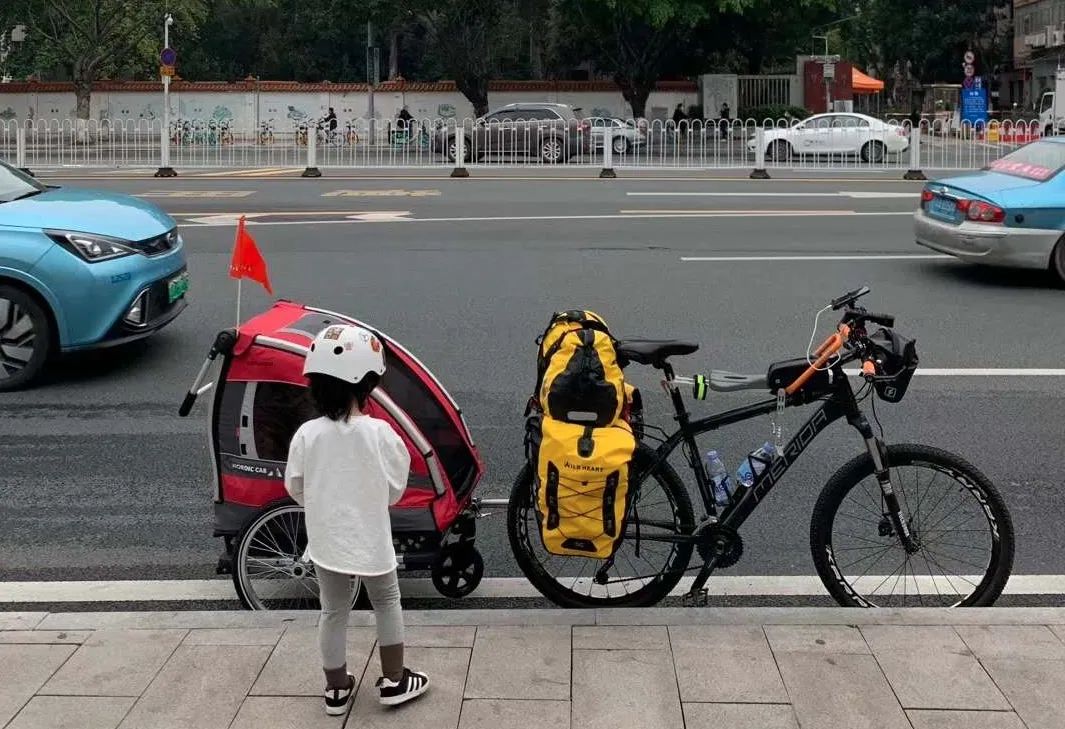 He had to adjust his daughter’s sitting posture and told her to pay attention to protecting her eyes while accepting an interview. 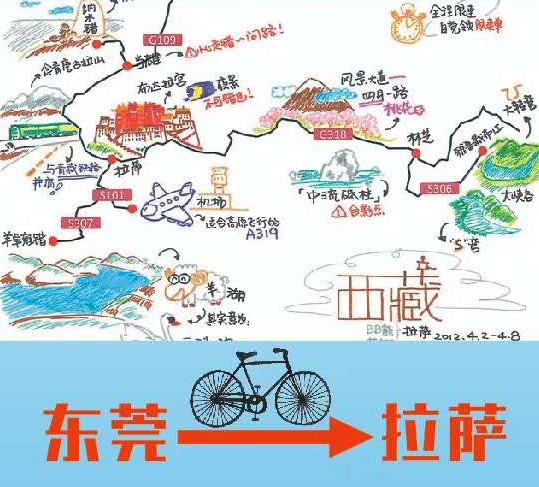 My daughter has been following me since she was 3 years old.

I don’t trust giving it to others.” Ah Tao explained, “poetry and distance need travel expenses.

I’ve only slept three or four hours on average these days.” More than 100 days ago, he just packed his luggage, rode a mountain bike and pulled his daughter’s Trailer against the dissuasion of his family, and rode all the way from Dongguan to Tibet, 4139 kilometers.

The father and daughter set out on April 2 and passed through Guangxi and Yunnan.

After 71 days, they finally arrived in Lhasa on June 12 and flew back home.

After his safe return, a Dou and his 4-year-old daughter were completely on fire, and were successively reported by CCTV, people’s daily, Southern Metropolis Daily and other media.

And his tiktok, “tiktok super baby daddy”, has also been dashed to 1 million 970 thousand, with the top 2 million video playing volume, and rushing to the top of the heat.

In April of 16, companionship is the most affectionate confession.

I dream of taking her to a place every year and giving her the Starry Sea of the world.” His personal page reads like this.

At the age of 20, a Tao once rode a bicycle to Tibet and has never forgotten it since.

Novel coronavirus pneumonia, however, kept him busy until the birth of his child.

“Children don’t have to go to school, and business is slow down.

They don’t know what to do all of a sudden.” A Tao thought of Tibet, “I suddenly thought to take my children to see the scenery I saw when I was 20.” This slightly reckless decision was naturally rejected by the whole family.

The family even scolded him for “whether he had water in his head”.

“Will dad take you out on a bike for two months?” “Good!” Ah Tao’s idea is very romantic.

Her daughter’s birthday is coming, “other children have page and amusement park at the age of 4.

I hope your 4-year-old has poetry and distance.” But romance belongs to romance.

Although her daughter’s physique and sports quality are very good, ah Tao seriously considered all kinds of risks of going to the plateau and made adequate preparations as far as possible.

The special Mountain Trailer for children, all kinds of drugs, snacks, toys, brushes…

Based on his previous riding experience, he carefully drew a road map, selected the safest route and marked the places for food and accommodation supply along the way.

“When we set out, the epidemic situation has been relatively stable.

And I try to stop driving at 6 o’clock every night and stay in a hotel or take her to play.

If the weather is bad, I will stay in place for a few days.

Along the way, I will pay attention to the child’s condition at any time according to my experience in outdoor sports.

In case of any problem, I will stop the passing car at any time and go to the nearest hospital immediately.” Fortunately, toudou did well.

It may be inherited from a father who loves sports.

She was very happy all the way.

She didn’t cry once.

When she was tired and sleepy, she slept in the trailer, ate snacks and occasionally watched cartoons.

Occasionally, when driving at night, the little girl will show a faint tension, but she just keeps urging her father to “ride faster” without being in a mood.

Sometimes ah Tao would tease her: “Dad will buy a ticket and send you back.

Will dad continue to ride?” “No! I’m going to continue riding with my father.” However, shortly after riding out of Guangzhou, a Tao encountered a big test: due to long-term exercise, he fell over his knee and suffered from acute synovitis, which was so painful that he could hardly ride.

He immediately consulted the doctor, who advised him to rest for half a month immediately to avoid permanent injury to his knee.

At that moment, ah Tao was a little confused.

Is it so halfway back? “No, giving up is not in my dictionary!” He decided to take anti-inflammatory and analgesic drugs every day to stabilize his condition.

After two weeks, his knee was finally much better and he could make full progress again.

Along the way, various problems occur from time to time.

When passing through Yunnan, due to the heavy load on the rear wheel of the mountain bike, it has been seriously deformed, and the weather is not ideal.

“It’s very cold outside, and there’s sweat inside the raincoat.

The whole person is in a low temperature state and can’t ride at all.

When you get to the back, you can only get off and push.”.

And I followed him on foot all the way.

Seeing my father tired, I encouraged him to dance.

It was very considerate.

When crossing Baima Mountain, the riding time was as long as 12 and a half hours, and ah Tao also completed it with the company of his daughter.

“I hope to let her know what persistence is by practicing.” The warmth gained on the journey also impressed him.

The 92KM from Tiger Leaping Gorge to Shangri La needs to be completed in one day.

Ah Tao rode very hard and didn’t arrive at Shangri La until 12 o’clock in the evening.

At that time, his night riding light was broken again and he couldn’t see the way ahead.

At this time, two strange vehicles passing by helped them illuminate and navigate one by one, and the father and daughter finally arrived at their destination safely.

“Along the way, people often shout to us to cheer, and some simple villagers have specially brought water and food.” (when passing Wenshan, the father and daughter were escorted by their riding friends) ah Tao told Dou that if he got the kindness and love of strangers, he would pass it on.

So before going to Basu, they loaded dozens of children’s painting tools in the small trailer and sent them out one after another.

“This lesson for the pocket is called sharing.” He also took his daughter to climb the Yulong Snow Mountain and adapted to the high altitude..

This weekend is a great place to ride. Honda Hangzhou celebrates its second anniversary. All test drives also give helmet benefits|

A loud noise! A big fireball burst out in an instant when riding an electric bicycle! Overnight, love in “Zhejiang” gathered