At that time, a middle-aged man was riding a bicycle with his daughter sitting in the back seat.

After the fire, their father and daughter were surrounded by a fire.

Nearby security guards, passers-by The passing drivers came out one after another, and the security guard took the fire extinguisher and rushed over.

Everyone worked together for one minute to quickly put out the fire.

The reporter learned from the witnesses that the cause of the fire may be the sudden explosion of the battery of the electric bicycle, which caused the personnel on the car to be unable to avoid and injured.

The cordon was raised at the scene of the accident.

A battery car fell to the ground and burned into a frame.

It is understood that when the fire broke out, a family of three were riding along Yuhuang mountain road.

My father and daughter are burned.

The little girl is badly hurt.” Master Zhuang, the security guard at the back door of the sanatorium, sighed facing the wreckage of the battery car, saying that he didn’t want to recall the scene at that time, “I didn’t dare to look carefully.” Here, Master Zhuang used two bottles of fire extinguishers to put out the fire.

The fire was almost out before the firemen arrived.

“Three members of the family have different degrees of burns.

The mother is in good condition and the daughter is the most serious.” An investigator at the scene said.

The injured girl Qiqi was born in August 2014 and should be in the second grade of primary school in September.

Zhai Xiaojuan, the girl’s mother, recalled that at noon on the 18th, she and her husband had an electric car.

Her husband rode a bike and sat in the back with her children.

At that time, he was going to Xinhua Bookstore on Jiefang Road to buy extra-curricular reading books for his daughter.

on the 18th, the reporter learned that Qiqi’s operation has been completed, but she can’t come out yet.

It is understood that the child’s father is the security guard of Yuhuang villa.

After the incident, both father and daughter went to the hospital.

The hospital has issued three critical notices, and the family stayed awake all night.

Both father and daughter’s lives are at stake, and the huge medical expenses are astronomical for the family.

The original fund-raising of 500000 is far from covering the treatment expenses of her father and daughter.

Therefore, the fundraiser raised the fund-raising target to 2 million twice.

on the 19th, the relevant personnel of shuidi fund told the extreme news reporter that 2 million donations have been raised in one day.

The West Lake scenic spot will also conduct a comprehensive inspection of the electric vehicle sales and maintenance business units within its jurisdiction.

It is purchased by a brand electric vehicle store, and the battery is also replaced by the store.

The head of the power supply department of a well-known electric bicycle brand R & D center in Zhejiang said after watching the video of electric vehicle spontaneous combustion yesterday that this situation is most likely caused by lithium batteries.

When it is fully charged, if there is a short circuit, it is easy to cause lithium precipitation.

Once it is contacted, it is easy to cause heat out of control and violent chemical reaction (such as explosion), Electric cars are naturally easy to burn.

The person in charge reminded that when using electric bicycles at high temperature, first of all, you can’t charge them for a long time, as long as you ensure 80% power.

In case of an accident, the consequences at home will be more serious.. 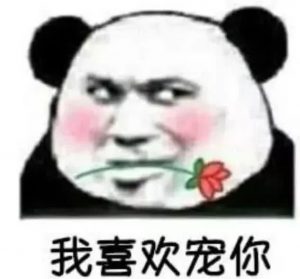 The couple in Suzhou “show their love” on the road! As a result… You may have to kneel on the washboard! 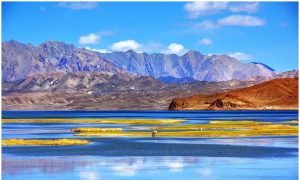 The 84 year old girl rode 5000km into Tibet and said: what a disappointment! The snow mountain is only 5130 meters. It’s too short!