In the last issue, we checked out the cycling route of the West City → set out for the beautiful | At the nearest place to the Red Wall, we witnessed the rebirth of the old Hutong.

Today, Su Ning, a reporter from Beijing Traffic Radio, will take you to visit the ride routes in Haidian District.

The theme of the routes is “wisdom treasure”.

This route starts from the Beijing Stone Carving Art Museum, passes the Capital Gymnasium, the National Library, Danling Street, Peking University, the Summer Palace and the Summer Palace, and ends at the Wukesong Gymnasium.

You can feel the intersection and integration of ancient civilization and modern technology through this cycling route.

Are you ready? Mr.

Lao She once said, “Autumn in Peiping is heaven on earth.” How beautiful can autumn be in Beijing? Beijing Stone Carving Art Museum may give you an answer.

Although it faces Beijing Zoo across the river, it is more quiet and beautiful.

Li Jing, a staff member of the museum’s opening department, proudly said: Li Jing: Our venue was located in a royal Tibetan Buddhist temple in the Ming and Qing Dynasties: Zhenjue Temple; You can see the largest and most precious cultural relic of our museum – Vajra Pagoda behind me.

This tower is composed of five small towers, which is called “Five Pagoda Temple” for short.

The towering pagoda of the Beijing Stone Carving Art Museum, the 600 year old ginkgo tree, and the sacred animal Bixi carry stone tablets with deep and shallow handwriting, recording the stories of the past.

Walking out of the museum is the “Five Pagoda Temple Road”, which has been rated as one of the ten most beautiful streets in Beijing.

The red non motorized vehicle lane is paved along the way, and the branches on both sides are swaying in the autumn wind, making cyclists shout for comfort.

Citizen 1: There is less and less intertwined with motor vehicles.

There are also some green shades in the process of riding, and the riding environment has become very interesting.

Citizen 2: There is obviously a slow improvement.

When I ride a bike, I feel much safer than before.

Zhang Guanxue: During the 13th Five Year Plan period, our district has carried out 217 slow traffic system management roads, with a total length of 233.8 kilometers.

Riding all the way to Zhongguancun Street, the “electronic street” in the past is now full of tall buildings and glass curtain wall technology.

It is increasingly becoming an important starting point for scientific and technological innovation and a main position for independent innovation in China.

And these scientific and technological and innovative achievements are gradually changing the daily life of the people.

Zhongguancun rides through the intersection of Danling Street and Zhongguancun Street auxiliary road, and the voice prompt on the light pole will speed up with the second reading of the signal light.

Such “black technology” is making the riding road more intelligent.

Citizen 1: The luminous strip on the ground is rarely seen in other places.

People who play with mobile phones may see it more clearly.

Citizen 2: It is through this smart transportation that the quality of our citizens has been greatly improved, and the city is becoming more and more civilized.

At the Haidian (Zhongguancun Science City) City Brain Exhibition and Experience Center, the lecturer introduced the “new infrastructure” in this intelligent field.

Zhao Zhizhong, a special investigator of Haidian District Urban Brain, said that, in the next step, Urban Brain will carry out transformation and upgrading work in combination with the construction of Traffic Brain 2.0, and consider upgrading and building the smart city neuron system project with relevant departments on the basis of the existing perception network.

Using neurons as edge computing can assist in the governance of urban brain data, as well as related work of edge recognition, computing and data transmission, can save some related computing power of urban brain, reduce the burden of urban communication and power consumption, directly reflect information, and the reflected scenes can be quantified and indexed.

Zhao Zhizhong also specifically mentioned the “Haidian wisdom” in the field of transportation: Zhao Zhizhong: Haidian City Brain has made some effective and beneficial explorations with technology.

We can guide citizens to park through the roadside large screen, our mobile navigation and some WeChat programs, which is very convenient.

After passing through Zhongguancun, the “City of Scientific Innovation”, you can also ride southward through the Summer Palace and the Old Summer Palace.

The ancient three mountains and five parks and the wisdom of modern civilization shine in the collision of passion. 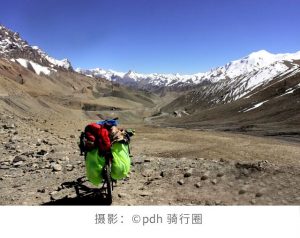 After you fall in love with cycling, you should also have principles! 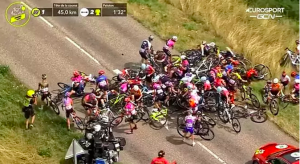