Thursday ▪ September 16: Zhongjiao Jun’s morning news ↓↓ listen ▪ News Express ▶ The opening ceremony of the 14th games of the people’s Republic of China was held at 20:00 on September 15 at Xi’an Olympic Sports Center Stadium.

*** ▶ According to the assessment of the epidemic prevention and control expert group, from 8:00 on September 15, 2021, the Dahe villager group of Jiedong village committee in mengmao Town, Ruili City was adjusted from medium risk area to low risk area, and the medium and high risk areas in Yunnan Province were cleared.

▶ In September 14th, novel coronavirus pneumonia was confirmed in 73 cases from 0 to 24, of which 23 cases were imported from abroad.

read ▪ Education Essentials ▶ The Ministry of Education recently issued a notice to deploy further strict and tight epidemic prevention and control during the mid autumn National Day holiday and the autumn semester.

In order to do a good job in the prevention and control of the new crown pneumonia, schools in different parts of the province have formulated the implementation plan according to the actual situation, and selected the appropriate teaching mode scientifically.

▶ The reporter learned from the press conference held by the Information Office of Gansu Provincial Government on the 15th that from the autumn semester of 2021, Gansu Province will start to implement the comprehensive reform of the college entrance examination.

view ▪ Inside and outside the campus ▶ Wu Chunming, the person in charge of wenao teaching center in Suichuan, Jiangxi Province, is a “post-90s”.

He came from a poor family since childhood.

Unfortunately, he lost his right hand and part of his forearm due to an accident during work study.

But he was not discouraged.

He returned to campus and applied for the normal major just because he wanted to help more mountain children like himself.

▶ Recently, a primary school in Shenyang, Liaoning Province set up a Military Morality and sports park covering an area of 1000 square meters for students, and set up 400 meter obstacles, sit ups, balance beams, climbing frames and other projects.

The students said it was very meaningful.

They exercised and improved their grades.

▶ Recently, the freshman of Shaanxi University of traditional Chinese medicine and his father started from Hunan and rode more than 1000 kilometers to the school after more than 20 days.

Xun pound said that he didn’t pay attention to exercise when studying in high school.

He wanted to improve his physical quality at the beginning of school, so he decided to ride to report for duty.

Although the riding process is very hard, it broadens his horizons and has a closer relationship with his father.

Learning medicine is the same as riding.

The process is relatively boring, but the harvest will be great.

Among them, there was heavy rain or heavy rain in some parts of northern and southern Sichuan Basin.

word ▪ Today’s interaction # needs to focus on aesthetic education rather than beauty make-up.

Recently, on some social networking platforms, there have been a group of children’s “online celebrities” with gimmicks such as “the smallest beauty blogger in the whole network” and “learning make-up with cute children”.

Behind the popularity of children’s beauty bloggers is the trend of younger beauty.

Everyone has a love of beauty, and children can’t be different.

However, the fact that children who should have been innocent paint and become beauty bloggers and the trend of “making up should start from dolls” have to give rise to hidden worries.

What needs to “start with dolls” is not beauty makeup, but aesthetic education.

Both families, kindergartens and schools should strengthen aesthetic education, cultivate children’s ability to appreciate and create beauty from an early age, and avoid premature “adulthood” of children for short-term interests.

If there is a copyright dispute, please contact the company. 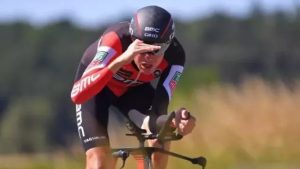