Click the blue words above to follow our old man and jokingly said, “Don’t ride to Russia.” I went back to the other side of the bridge, sat at a small table on the bank, asked for a glass of wine, looked at the main church across the bank in the dark, and slowly recalled the article I had just met | Liu Zongkun (lawyer) Most of the tourists in the streets of European cities came from the European Union, and there were no tourist groups from China, but we would meet Chinese students occasionally.

Among the people who went up the mountain to see the scenery, there were two female students from China.

They studied in the Netherlands and traveled to European countries by train during the summer vacation.

They didn’t know each other at first.

They met in the streets of Heidelberg and went up the mountain together to see the night scene.

Girls from Guangdong learn management and say they like Western Europe and Northern Europe.

The old trains in Eastern Europe look a bit curious.

I said, it is a curiosity for you young people, and it is nostalgic for us.

When we were young, we used to travel by that kind of train in China.

Another girl was studying engineering in the Netherlands.

She took many photos with a camera and selected some of the most beautiful ones to send to me.

Two weeks later, when I rode to pasho on the Danube River, I received a text message from her saying that she had contracted COVID-19 in Frankfurt and had returned to Holland to recuperate for a few days.

She felt much better.

Two well educated young people, in their twenties, have already traveled to Europe to see the world that we only have the opportunity to see in the second half of our lives The full text is 3123 words in total, and new members can subscribe to the full text immediately; Subscribed members read directly.

Welcome to pay attention to our company..

Riding in Chengdu: 5 “top players”, 8 theme routes, taking you to “break the wind”~ 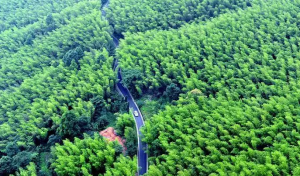 [Cycling activity] On the 29th, let’s walk through the tea mountain and bamboo sea! Don’t you want to go out for a ride!