Pay attention to the “riding king” and watch the world ride! With the continuous growth of the cycling team, the technical level of riders is also constantly being opened.

They come from different fields and have received different degrees of education.

Everyone has different personalities and habits.

Although most of the riders are friendly, they should pay attention to the following points when getting along: 01.

It is a big taboo for riders not to borrow cars from others.

Borrowing a car is not a problem.

The problem is that when you borrowed a car, you accidentally fell down again.

Do you want the other person to let you compensate? How much is appropriate? 02.

Instead of imposing their own ideas on others, everyone has different preferences for cars.

This is not only for beginner cyclists, but also for some cyclists who have been riding for a period of time.

In fact, this is nothing in itself, but some people like to embellish things.

For example, if your accessories are expensive and your matching is unreasonable, Merida is not as good as Giant.

What you like and think is good does not represent the other party’s ideas, so it is the most basic respect not to impose your own ideas on others.

Just riding a bike without asking about your life.

The first time you met a cyclist, it was because of riding a bike.

Riding with you does not mean that you will be told everything about him.

Therefore, even a cyclist with a very good relationship should not ask about other people’s lives.

In general, people go out without paying their bills on an AA basis.

Occasionally, some people are happier and eat more than others when they eat.

They always get away when they have to pay their bills.

My brother has to settle the accounts.

Brother, you can have some snacks.

You don’t even care about your own safety if you obey the traffic rules, which may even threaten the safety of others.

Running traffic lights, riding side by side, and racing on crowded roads are very offensive.

With teamwork, every group has its own rules.

Any dissatisfaction can be communicated, but it is wrong to spread negative energy.

For daily riding, we need to know some basic bicycle debugging and maintenance methods, such as brake adjustment, bicycle maintenance after rain, etc.

Only when we master some skills can we go out for riding.

Thank you for your attention.

Please give me a compliment before you leave.

I would like to recommend the girl of the 95th generation in Hunan to roam China by bike for one year.

Four times, I tried to persuade the unsuccessful man to “test ride” a second-hand bike with slippers! I trampled 300 kilometers…

Why is cycling a golden sport? In addition to the chip, the key parts and technology of the bike were also recommended by six entry-level road vehicles with high cost performance ratio in the West.

It took two months for the 68 year old grandmother to ride 6200 kilometers to Tibet alone! A man stole 150000 on the roadside and then fled across the three provinces, riding nearly 300 kilometers overnight…

A man from abroad shocked the world by “motorcycle shock”! While cycling, the article comes from the network. 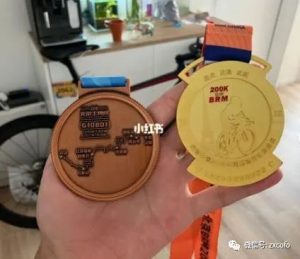 What happened to those who rode in Tibet at the beginning?