Pay attention to the “riding king” and watch the world ride! Making phone calls, playing with mobile phones, smoking, making up, arranging hair and even shifting your attention to other things may all lead to a traffic accident.

A casual moment is often the root cause of the accident! At about 08:40 on October 12, at the traffic light section of Liannan Community, Liancheng County, toward No.

Xiang rode an electric bicycle while looking in the mirror.

Because he did not pay attention to the road traffic, he collided with a small car driven by Mr.

Zhou on the right, causing a traffic accident in which Mr.

Xiang was injured and two cars were damaged.

Coincidentally, a man in Wuping was not paying attention when driving an electric bicycle.

The car in front was about to pull over.

When the man sensed the danger, he had no time to take any response measures.

He directly hit the back of the car.

After the violent impact, the man hit the ground heavily on his head and slowly got up.

Fortunately, the speed was slow at that time, and the man also wore a safety helmet according to the regulations, and he was not seriously injured.

In the East Paris section of Wuping East Ring Road, a woman riding an electric bicycle collided with a truck parked at the roadside, causing a road traffic accident in which the woman was injured and two cars were damaged.

The safety helmet worn by the woman was ejected two meters away because the buckle was not fastened, causing nose injury.

It’s the trouble of riding while watching mobile phones.

At about 19:28 on September 4, Zheng Moufu was driving a two wheel electric vehicle at the gate of No.

As Zheng Moufu looked down at his mobile phone while driving, he did not pay enough attention to the dynamics of the road, and collided with Wu Moufang, a pedestrian crossing the road, causing a traffic accident in which both sides were injured and the electric vehicle was damaged.

Distracted driving refers to a phenomenon in which attention is directed to activities unrelated to normal driving, which leads to the decline of driving operation ability.

Distracted driving is a kind of driving behavior that is easy to be ignored, which is easy to cause traffic accidents and heavy casualties! How to avoid “distracted driving”? These six tips are the main reason for drivers’ distraction.

Do not answer or make calls while driving, including using Bluetooth headphones.

If the call must be received, please carefully turn the car to a safe area before operation.

Either place the phone in mute mode, turn it off, or place it out of your reach.

02 Before driving, store the scattered items in the trunk or a fixed place to avoid distracting yourself.

03 Try to avoid eating or smoking in the car, especially messy food.

It can be eaten before driving or at the destination.

Keep beverages (such as coffee, water and soda) in a safe place while driving to avoid spilling.

04 When going to unfamiliar places, you should set up navigation and use voice function before going out.

In addition, when confirming the route, please check the traffic report to avoid the need to reset navigation in case of congestion.

05 Passengers should not chat with the driver, which will lead to inattention, failure to make timely response to unexpected situations, and worrying safety index.

Children should develop the habit of sitting in safety seats when they are young, and install corresponding safety seats according to their age.

If the child refuses to sit in special circumstances, stop the car, make rules in a gentle way, and then drive the car after calming down.

This is the principle and the bottom line.

The traffic police suggested that you should not let one careless trip make you regret the result of a fluke when you travel safely.

In the past, they recommended the girl of the 95th generation in Hunan to roam China by bike for one year.

Four times, they advised the unsuccessful man to “test ride” a second-hand bike with slippers! I trampled 300 kilometers…

Why is cycling a golden sport? In addition to the chip, the key parts and technology of the bike were also recommended by six entry-level road vehicles with high cost performance ratio in the West.

It took two months for the 68 year old grandmother to ride 6200 kilometers to Tibet alone! A man stole 150000 on the roadside and then fled across the three provinces, riding nearly 300 kilometers overnight…

A man from abroad shocked the world by “motorcycle shock”! While cycling, the article comes from the network. 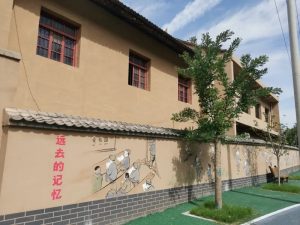 Eight suggestions for novices from veteran cyclists, please read them before starting!