Today, I would like to recommend a Beijing Opera cultural landmark to you.

You can enjoy the charm of the quintessence of Chinese culture.

The route is about 18 kilometers long, and the whole journey takes about 3 hours.

The road condition is a gentle bicycle lane, suitable for all age groups.

Tourists can not only learn about Beijing Opera culture but also participate in Beijing Opera activities along the route, which is both informative and interesting.

Jingyun Garden Jingyun Garden is located in the southwest corner of Dashilan, Xicheng District, and the west side of Ji Xiaolan’s former residence in the north of Zhushikou West Street.

In 1931, Mei Lanfang and others established the Beijing Society of Traditional Chinese Opera in Ji Xiaolan’s Former Residence.

Data Map There are many alleys and alleys in the Dashilan area where the Jingyun Garden is located.

The alleys here have a long history and profound cultural heritage.

They are a gathering place of pear garden culture, Beijing flavor culture and traditional commercial culture.

During the reign of Emperor Qianlong of the Qing Dynasty, the four Anhui troupes of “Three Celebrations”, “Spring Platform”, “Four Joys”, and “Spring Harmony” entered Beijing to perform, which was famous in China.

During this period, the residences of the four Hui troupes in Beijing were all located near the Dashilan: Sanqing in Hanjiatan, Chuntai in Baishun Hutong, Sixi in Shaanxi Lane, and Chuntai in Litaiguai Xiejie Street.

The coexistence and development of the four Anhui troupes made the Dashilan area the birthplace of Beijing Opera.

After visiting the Beijing Opera Garden, you can ride eastward along the auxiliary road of Zhushikou West Street for about 5 minutes, and you will arrive at the second stop of this trip, Beijing Fenglei Peking Opera Troupe.

From appreciating the backstage costumes and props to understanding the actors of the classical Peking Opera in front of the stage, everyone can feel the artistic charm of Peking Opera in an all-round way here.

A paradise is located in the south of Xianyukou Street, Qianmen Street, Tianyuan Grand Theater.

Here, visitors can feel the charm of Beijing Opera from a distance.

Peking Opera actors lead the way to deeply understand the things inside and outside the opera.

After visiting the Tianyuan Grand Theater, walk out of Qianmen East Street, and then ride north along the east side of the square, East Chang’an Street, and Xiaowei Hutong for about 20 minutes to the fourth stop, Jixiang Grand Theater.

Master Mei Lanfang has the deepest relationship with the Auspicious Garden.

This is not only the later residence of the Mei Opera Troupe, but also the “Fengshui Treasure Land of Mei School Art” and “Peking Opera Base”.

In 1993, in order to cooperate with the overall development of Wangfujing area, the Jixiang Theater was demolished.

The interior of the theater is decorated with a lot of colorful paintings, which symbolize auspiciousness and wealth.

Entering the theater, you will feel back to the old theater.

The “Pink Ink Legend” exhibition shows the thousands of years of development of Chinese imperial opera, and the collections of opera masters such as Mei Lanfang and Cheng Yanqiu are also displayed here.

The grand stage in the center of the exhibition hall fully reflects the unique style and exquisite workmanship of the Chinese stage architecture.

The audience can sit in front of the stage and take a rest to enjoy the audio of a famous singer’s swan song, drawing a complete end to this rich journey.

At present, the China National Arts and Crafts Museum (China Intangible Cultural Heritage Museum) is closed at 17:00 every day.

To visit the exhibition, you need to make an appointment in advance on the “China National Arts and Crafts Museum China Intangible Cultural Heritage Museum” WeChat official account.

After the appointment is successful, you can visit the museum with your ID card.

The temperature is low in winter.

When you wear warm clothing, you can add an additional windbreaker to block the cold wind.

The helmet for head warm riding has many air holes, but the high speed riding in winter brings the cold wind into the helmet, which may lead to numbness and even headache on the head for a long time.

You can wear the headband before wearing the helmet.

The thickness of the headband can be selected according to the air temperature at that time.. 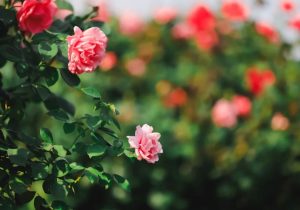 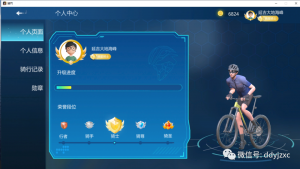 In 2022, Giant’s online qualifying competition will be launched with its cycling software, and Giant’s Henan store will ride with you