Did you go back to your hometown for the new year? Now, everyone will choose high-speed rail, train, bus and other means of transportation, or self driving, which is convenient and fast.

But the big brother I want to talk about next, however, took an unusual path and chose a “laborious” but meaningful way.

A mountain bike, some simple luggage, the photo shows a tall and thin man wearing a helmet and a professional cycling suit.

It was Zhang Zhichao who chose to ride back to his hometown Meixian from Shenzhen! Near Fugui primary school in Meixian District, the reporter saw Zhang Zhichao and his wife Li Sijia.

He has worked in Shenzhen since he graduated from university and is currently engaged in the financial industry.

Zhang Zhichao said that on January 26, he started from Longgang central city in Shenzhen, passed Huizhou, Heyuan and Longchuan along national highway 205, entered Meizhou, and rode a total of 365 kilometers from Wuhua, Xingning to Damei county.

Zhang Zhichao said that the last time he went back to his hometown for the Chinese new year was in 2010.

For many years, because of work, the three members of the family have not returned to their hometown for the Chinese New Year for a long time.

So why did he come up with the idea of riding home for the new year? Advertising time advertising time Zhang Zhichao said that he just wanted to experience the scenery along the national highway.

Therefore, there are only 7 hours to eat or rest.

Cycling 365 kilometers is not a small test! So, where is brother Zhang’s “equipment” for this ride? As soon as he finished, he pushed out a bicycle and told reporters that this was his riding equipment for returning home! The reporter saw that there was only a small bag in the back seat of the bike, and the luggage was simple! During the interview, the reporter learned that brother Zhang’s family all love sports.

This time, he rode back to his hometown to challenge himself and try different things.

He also wants to set a good example for his children! Riding home for the Spring Festival is a novel way, but the distance is not short.

We should pay more attention to the safety on the road.

People’s livelihood 820 video Number ｜ something to watch ▼ people in Meizhou are reading these three articles ▶ be careful! Meicheng amusement park was ordered to rectify its violation of the law ▶ The latest this morning! The fourth round of sample results of Wuhua sealed off area are announced! ▶ Cold air visit! The weather will change next week! Warm reminder: if your item is lost, you can check it at the “lost and found” section of the menu bar of the wechat official account of Minsheng 820.

Maybe your item has been found by good citizens! “Welcome to forward, no. 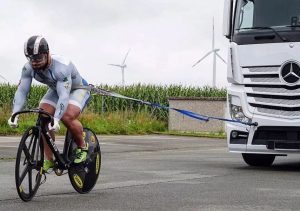 If you love cycling and insist on cycling, what will you gain? 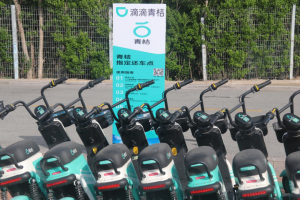