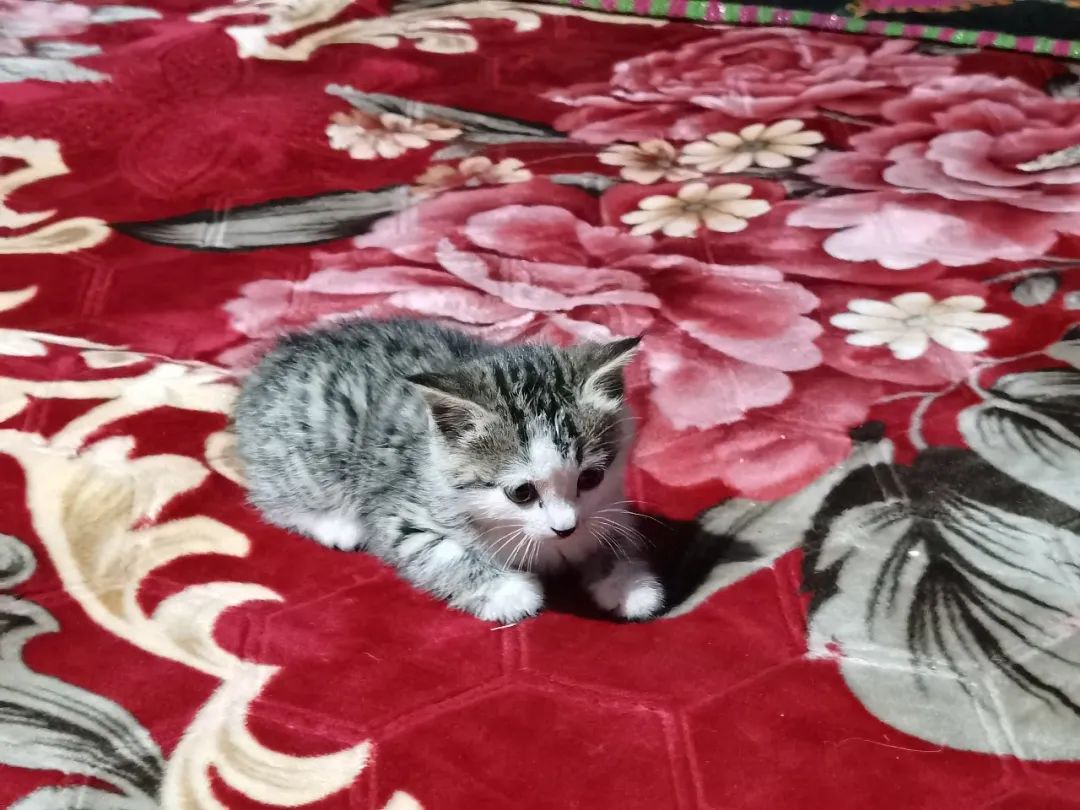 It was refreshing and pleasant to see; Away from the hustle and bustle of the city, the senses become sensitive.

The humid air alleviates the dryness all the way. 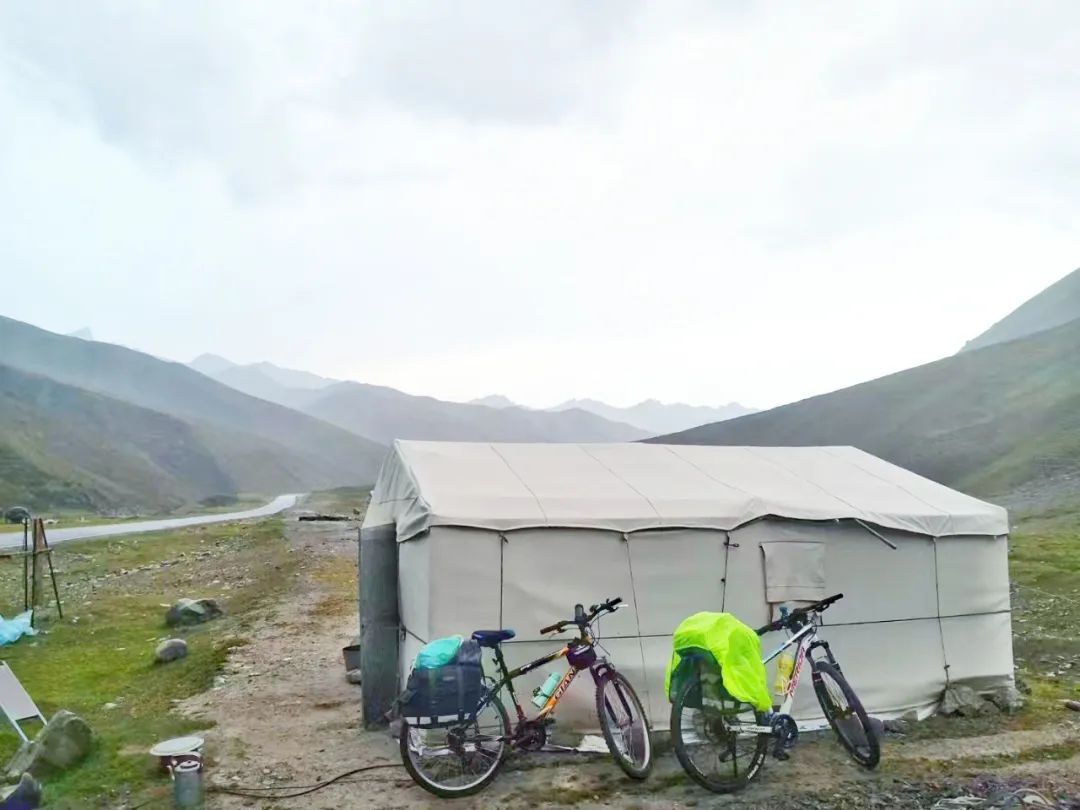 Cattle and horses eat grass leisurely on the hillside, nap and bask in the sun; Looking up at the sky, my heart gradually slows down. 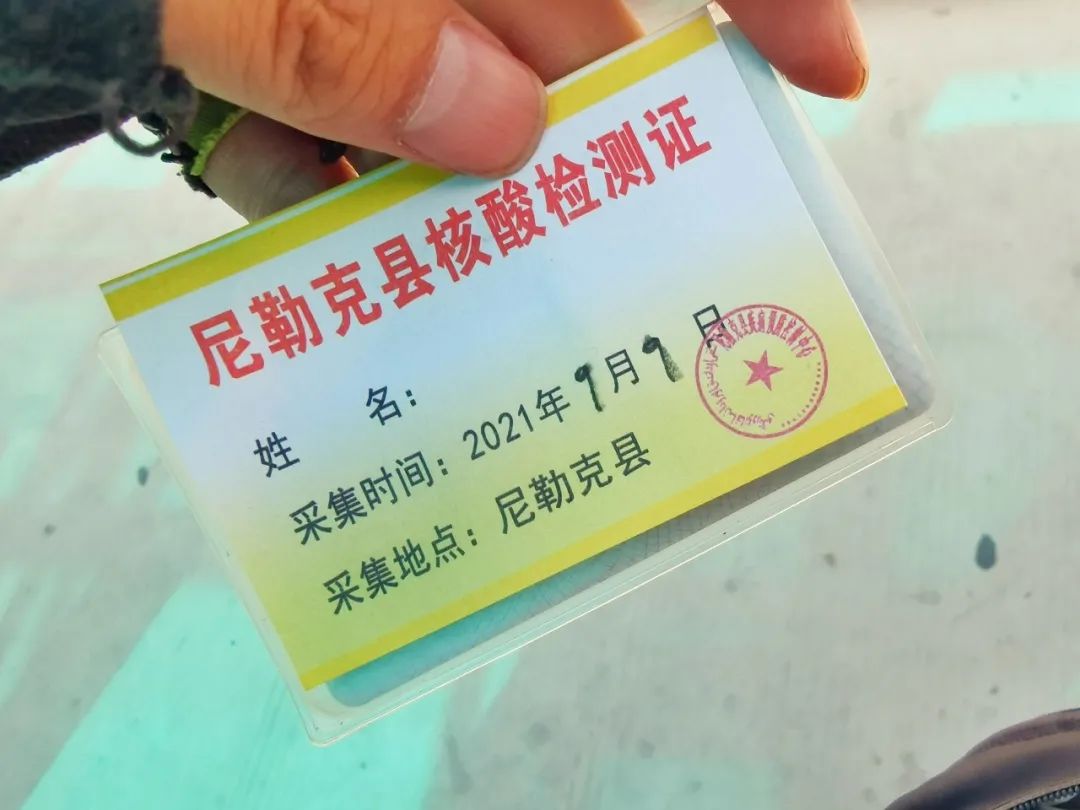 With the birds flying on the grassland, the gurgling water gathered by the melting snow of Tianshan Mountain, and the rustling wheels floating far away… 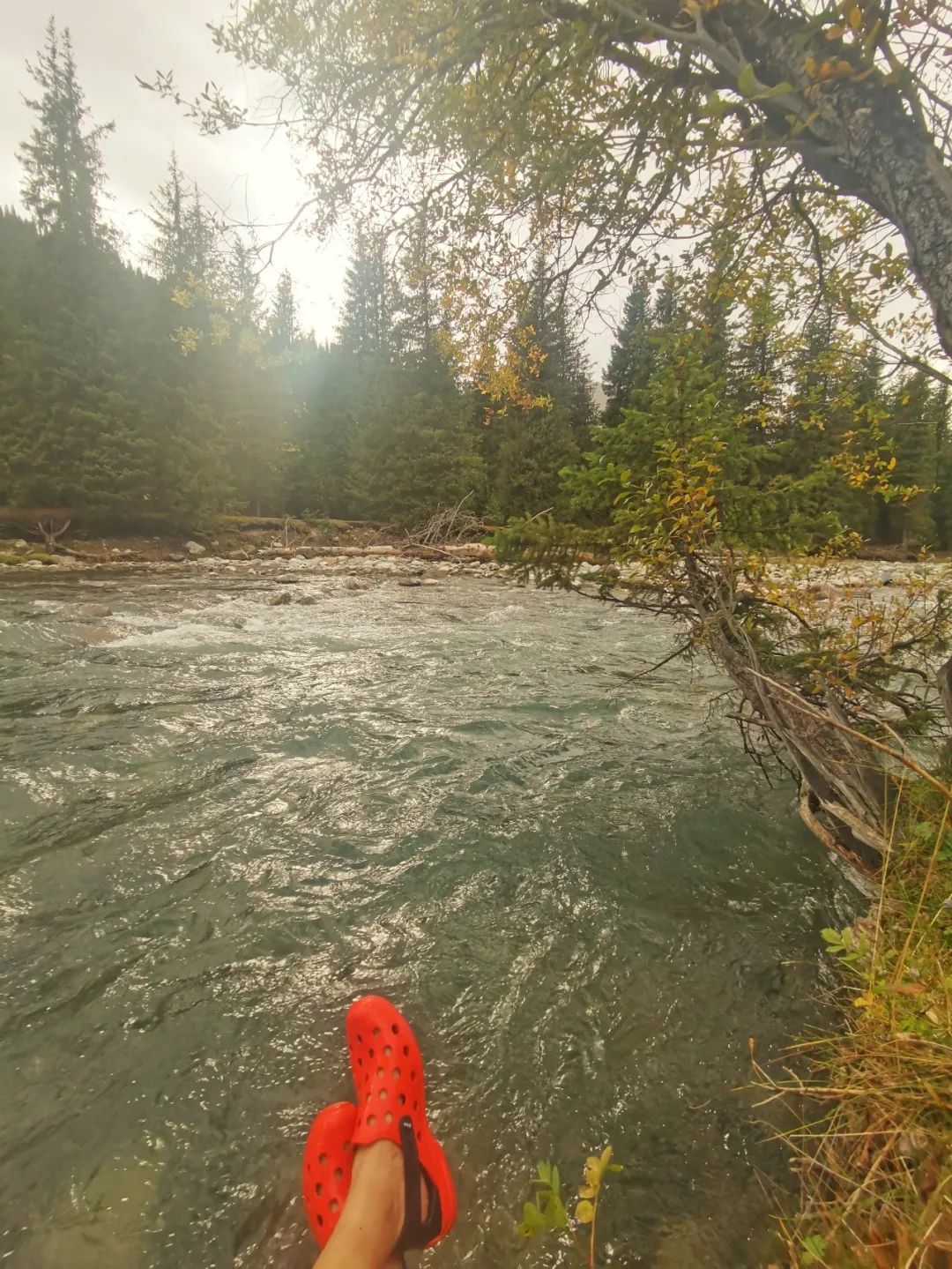 Whether photos, videos or words are just the form of recording. 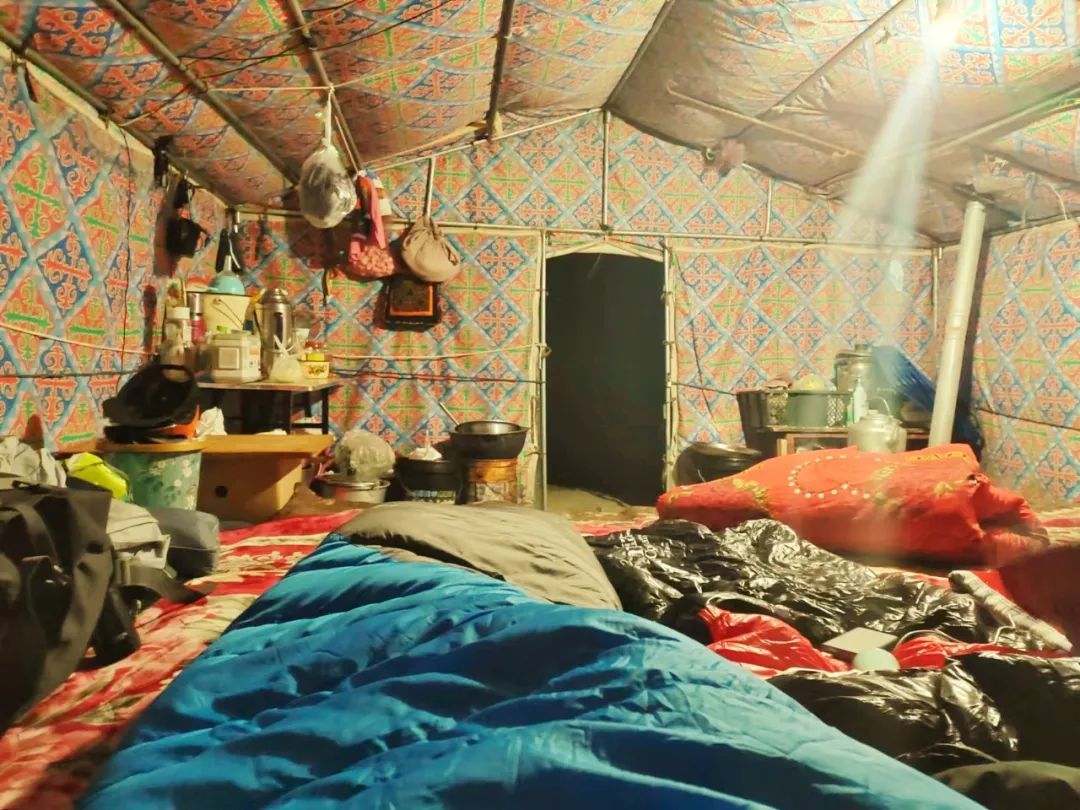 The important thing is to calm down and feel with heart, and transform what I see and hear into output. 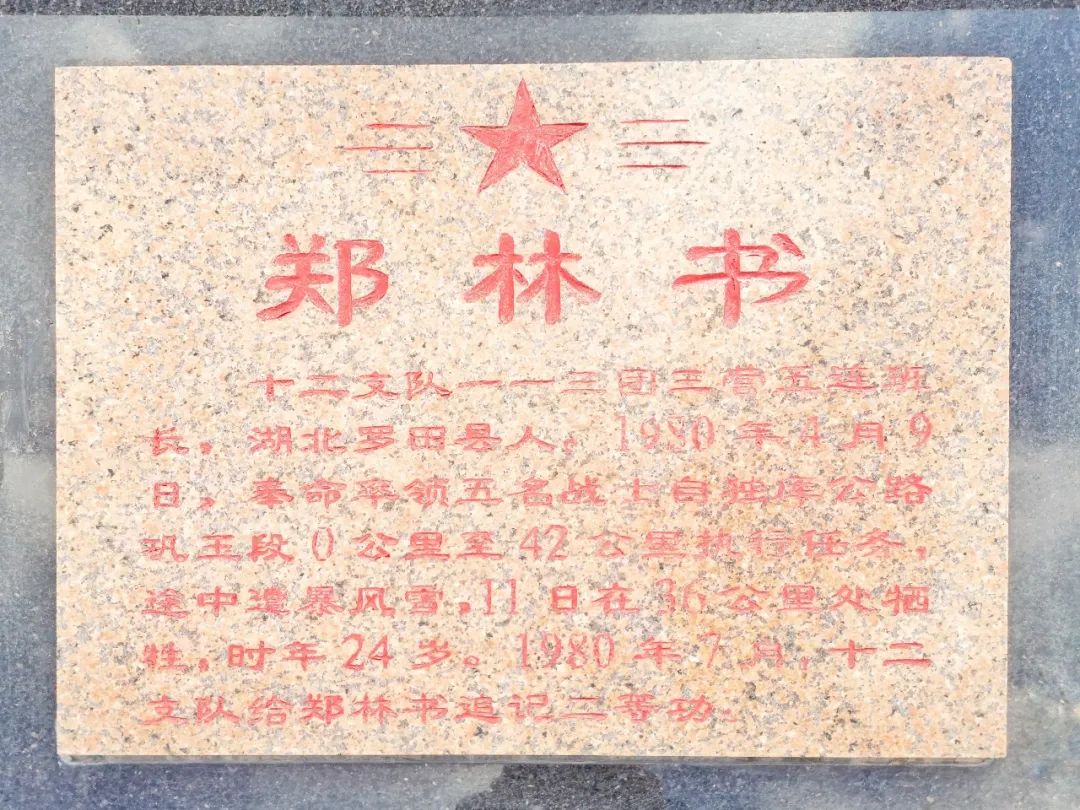 It is the same test as climbing mountains and mountains, wind and rain. 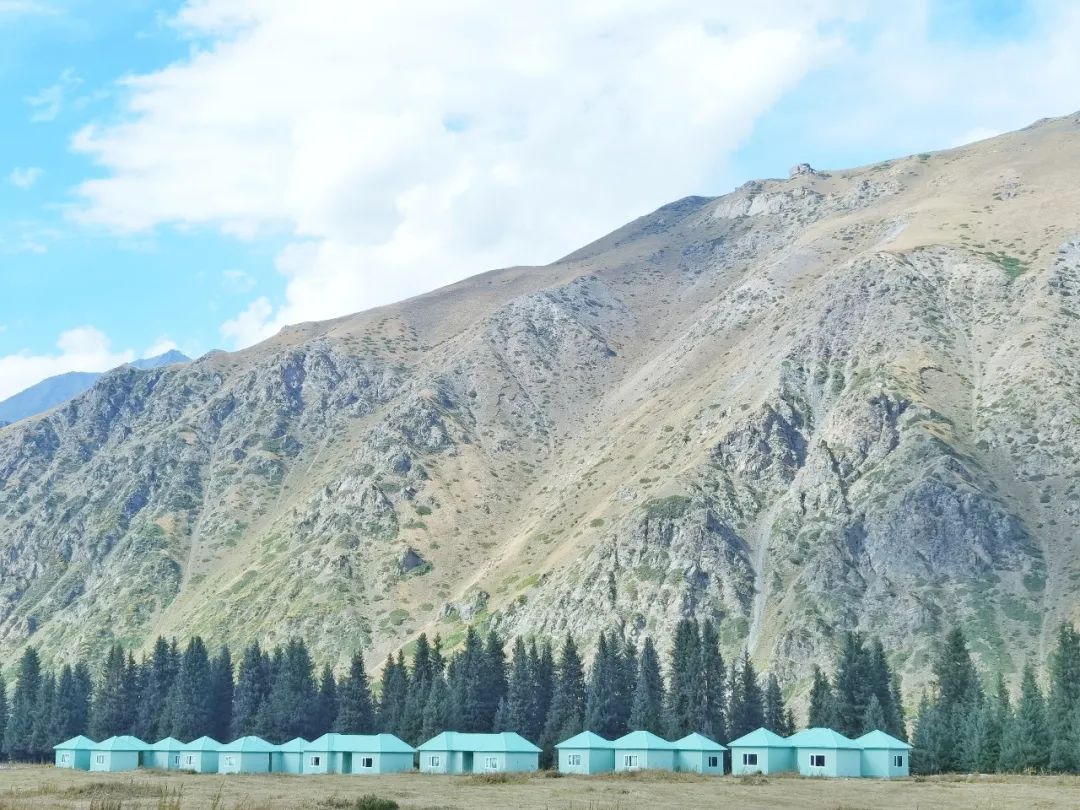 This is probably the significance of writing travel notes.

👆 Each side came to the foot of the mountain along the river. 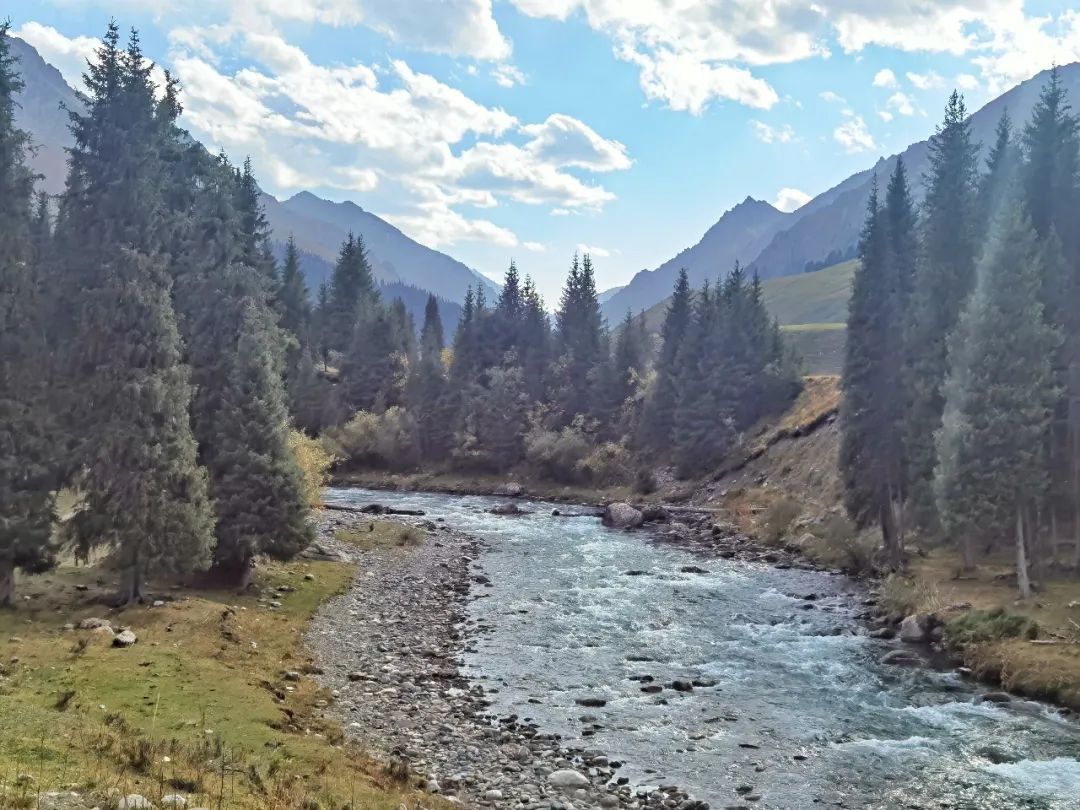 On one side of the river was a circle of tent and felt houses, and on the other side was a herd of cattle dozing and basking in the sun. 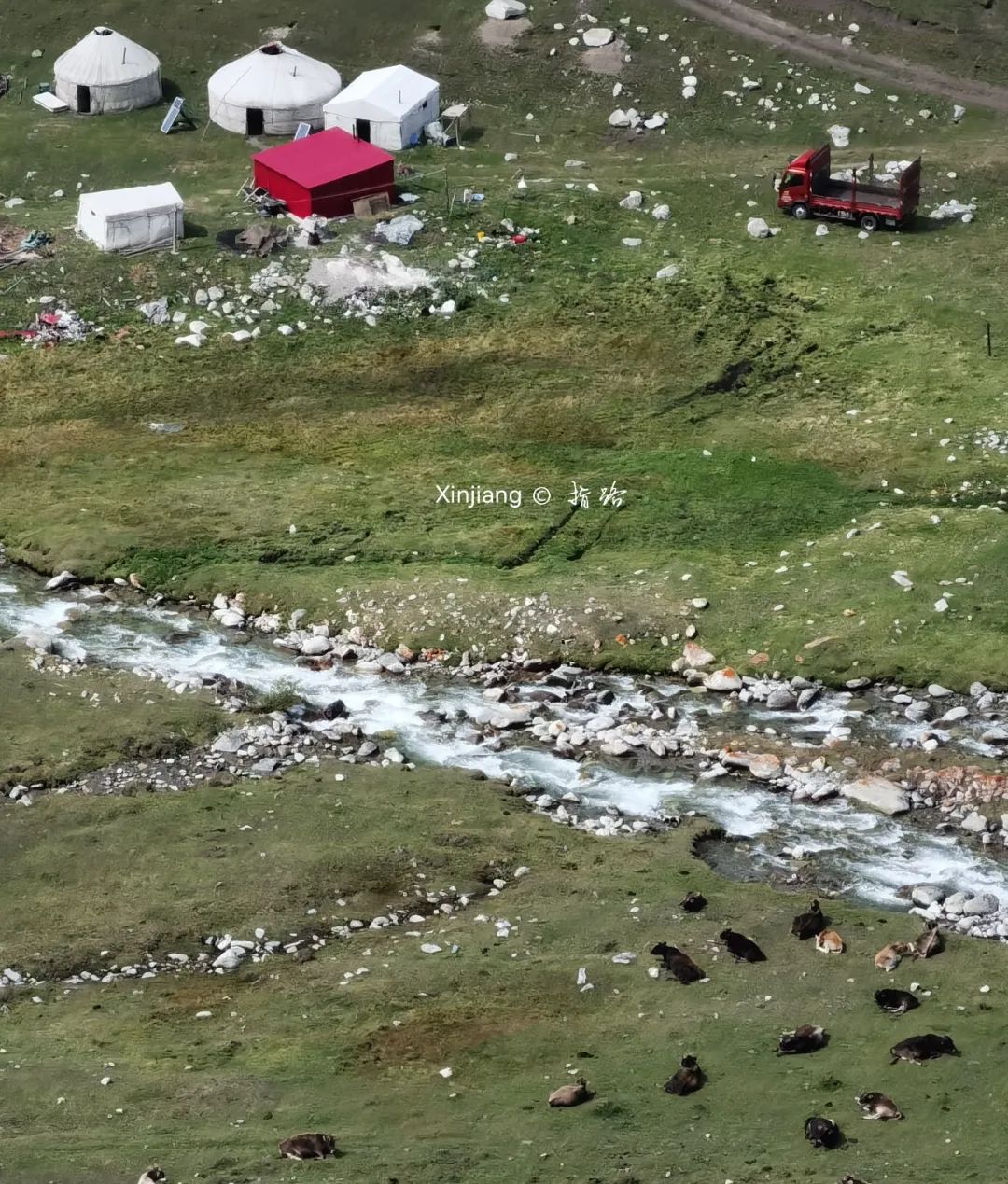 It seemed that they had agreed in advance and lay together; Each occupies one side and does not interfere with each other. 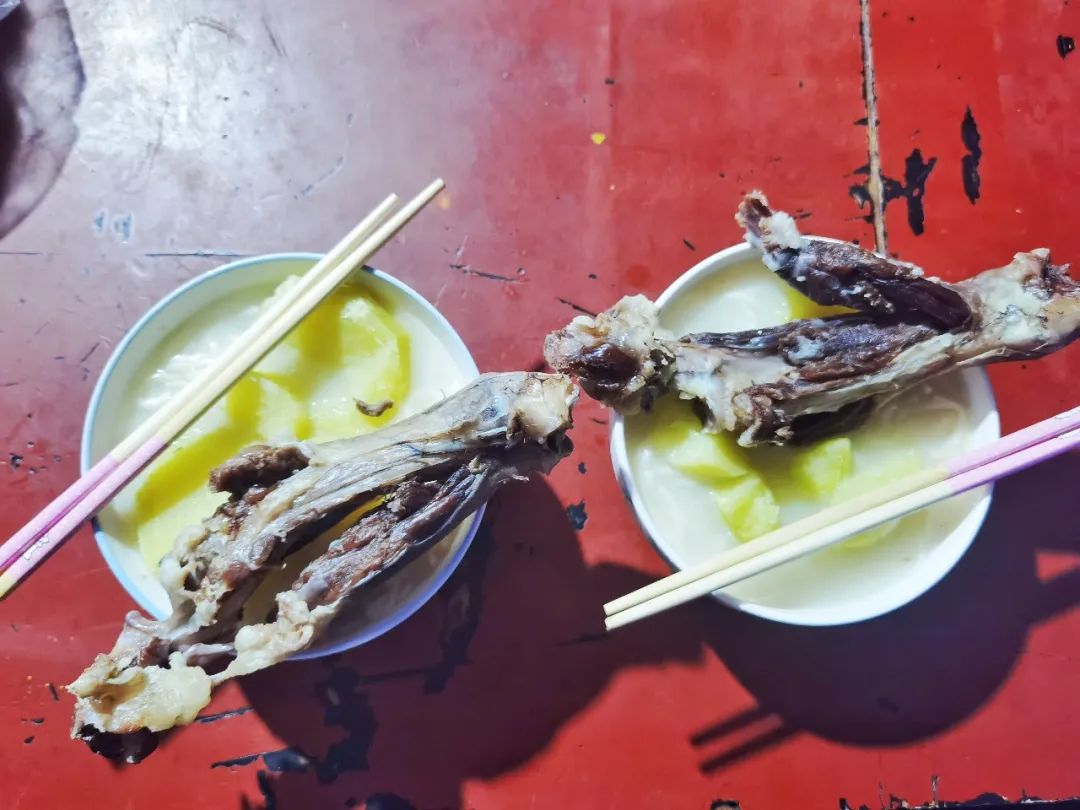 👆 After lunch, brother Li and I came to the monument, presented flowers and bowed three times to the martyrs. 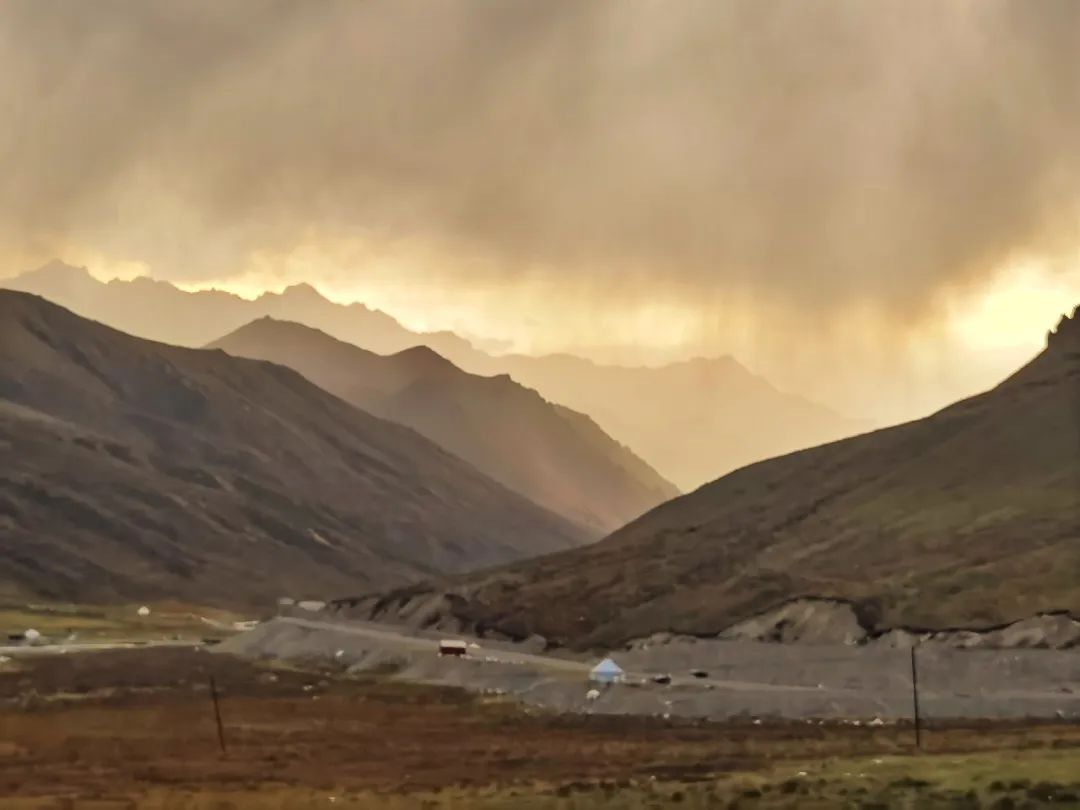 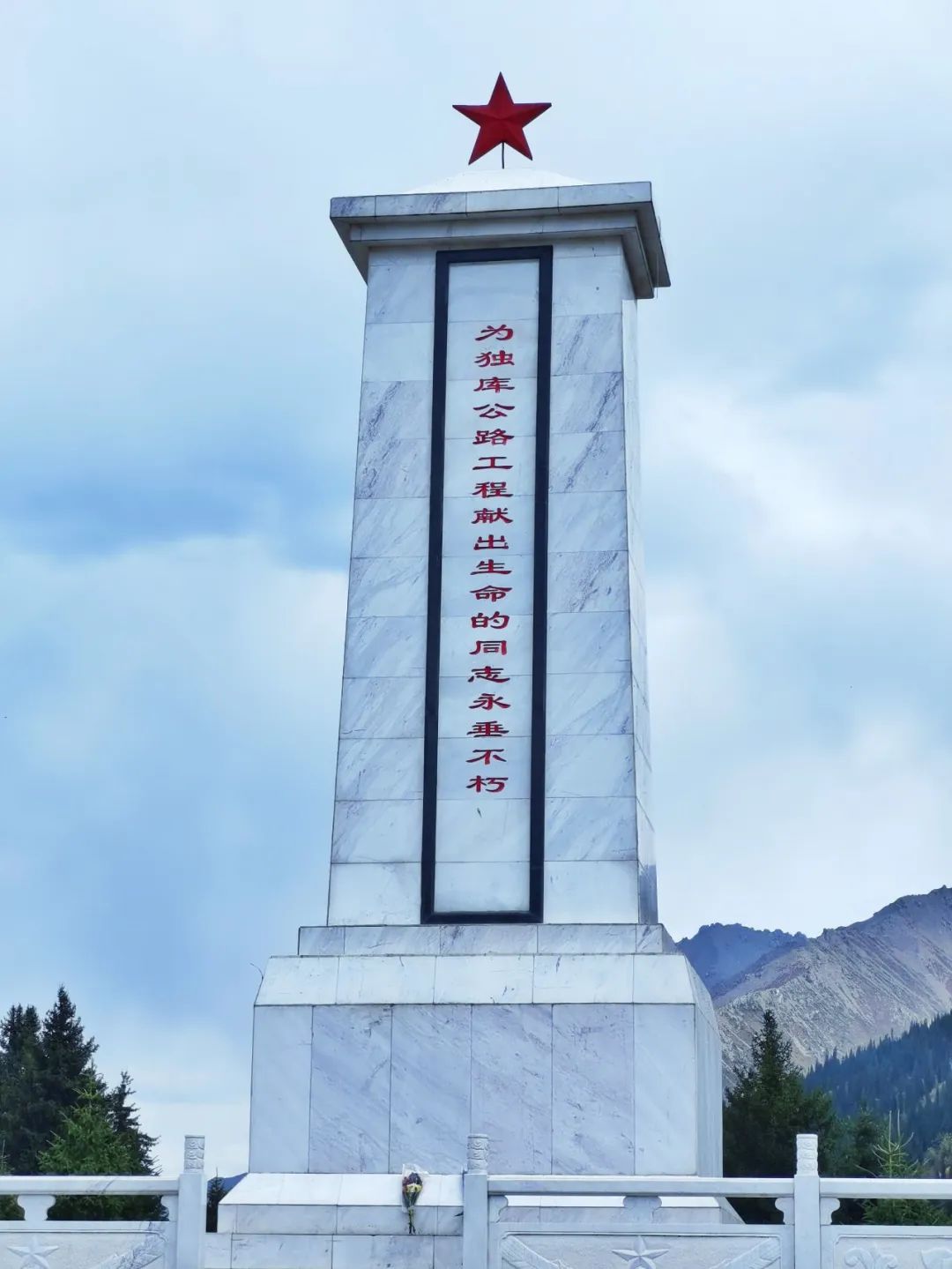 On April 21, 1974, the State Council and the Central Military Commission approved the construction of Duku highway.

From 1974 to 1984, after ten years of arduous construction, more than 13000 road construction officers and soldiers sacrificed their lives and their hands and feet.

168 officers and soldiers gave their precious lives, burying the loyal soul of a soldier every three kilometers.

The oldest is 31 years old, the youngest is 16 years old, and more than 2000 people were injured and disabled.

Its connection has shortened the distance between North and South Xinjiang by nearly half from the original more than 1000 kilometers, which can be called a monument in the history of China’s highway construction.

The names of the martyrs who died bravely are clearly engraved on the base on the back of the monument.

In the cemetery behind, a forest of Steles is arranged according to the mountain, which looks solemn and solemn among the snow ridge spruces.

The remains of 168 martyrs are buried here, and each tombstone records the touching deeds of accidental sacrifice due to landslides, explosions, avalanches, rollovers, strong winds and falling off the cliff; It is a pity to read; More is awe…

Inscription: Zheng Linshu, the leader of the fifth company of the Third Battalion of the 13th regiment of the 12th detachment, from Luotian County, Hubei Province, was ordered to lead five soldiers to carry out the task from 0 km to 42 km of Gongyu section of Duku highway on April 9, 1980, when he encountered a snowstorm on the way.

In July 1980, the 12th detachment recalled the second-class merit to Zheng Linshu.

In that era, without all kinds of engineering machinery and equipment, we could not imagine the difficulties of opening mountains and building roads! Nowadays, the road of heroes is already a network red highway, with an endless stream of tourists every year.

You can drive the whole journey in two days and experience the changes of the four seasons in a day; When we enjoy the beautiful scenery, we should not forget the well digger in the draught.

There is a veteran Chen Jungui, who has been guarding the cemetery for 35 years.

There is a relevant introduction at the end of the article about Chen’s deeds, which can be expanded.

👆 After leaving the cemetery, the scenery along the way passes through the dense forest valley.

The scenery here is pleasant.

The two simply stop and rest; Brother Li was writing his travel notes.

I was basking in the sun and washing my feet by the river.

I estimated that after an hour, I got up and set out.

Seeing that the situation was bad, I began to pay attention to looking for my place to live tonight; Along the way, I saw tents, found three places and locked them.

Through the gap, there was nothing in them.

It seemed that the herdsmen had withdrawn.

They had no choice but to continue to move forward in the rain.

Fortunately, I met brother BA heti before the rain, avoiding the embarrassment of camping in the rain.

At the same time, I took the opportunity to approach the grassland life of Kazakh herdsmen.

👆 Stay at herdsman’s house 👆 I have a small kitten 👆 Dinner: dried meat and potato noodles 👆 In the warm tent night, we tried our best to roll out noodles for us by Ba Hejiang, the wife of brother BA heti, which is also characteristic with air dried meat; After dinner, we sat on the wooden Kang and talked about family affairs.

The couple had five children.

The eldest went to university in Urumqi and the other four studied in the county.

This is a summer pasture.

They come every year and stay for three months; The ranch has 20 cattle, 10 horses and 40 sheep, with a considerable annual income; In a few days, he will withdraw and return to the settlement in nilek county.

He lives in bungalows and has ten acres of grassland for livestock to spend the winter; Looking around the house, in addition to the bed that accounts for half of the area, there are only stoves and pots and pans; There is no signal on the mobile phone.

They are busy going in and out from time to time during the conversation.

It is still raining outside and the cold wind is rustling.

At night, the kitten runs around on the Kang for fear that it will be pressed by turning over carelessly, so they simply put their arms into the sleeping bag and spend the night safely.

Extended reading: Chen Jungui: light up the light of heroes in the depths of Tianshan Mountain.. 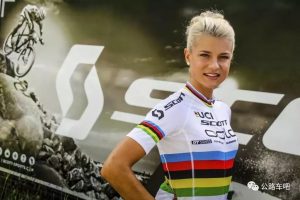