Autumn is a good time for outdoor cycling.

Explore the alleys of hutongs in depth, take a long trip to the countryside with friends, or take a food trip…

In many cities, more and more people choose to ride bicycles to enjoy leisure time.

The heat of urban cycling is further heating up and fermenting, and it is difficult to find a hot sports bike.

According to the data of China Cycling Association, the number of cyclists in China has reached nearly ten million.

To attract many fans, what is the charm of cycling? How will the relevant industries benefit from the hot cycling market? What measures can be taken to improve the urban cycling environment? Our reporter visited Beijing’s cyclists, industry practitioners and sports promoters.

To meet the needs of fitness and enrich the life of residents, the sky is slightly bright, and the city has not yet awakened.

Li Siying, who lives in Shijingshan, Beijing, has dressed neatly and boarded her car to Jietai Temple in Mentougou.

When there were more and more vehicles and pedestrians on the street, Li Siying had already returned home with sweat, “This line is more than 60 kilometers back and forth, and there were few people in the morning.

I have ridden several times”.

She has been running marathons for more than 8 years, and can run for three and a half hours at the fastest time, but only one year has passed since she started riding.

She told the reporter that the route to Jietai Temple “has a small climbing height and a good road environment”, which is very popular among new cyclists in Beijing.

“After trying to ride a road bike, I feel totally different from ordinary bicycles, especially enjoying the process of struggling with my body when climbing.” Li Siying said.

Choosing, buying and learning a bike has opened her way.

“At this time last year, the popular models were already very popular.” Although still a novice, Li Siying has made clear the mainstream cycling routes among cyclists: “New Shougang Bridge, ‘Three Mountains and Five Gardens’ and Chang’an Street in the city, Tanwang Road and Miaofeng Mountain in Mentougou, Dazhuangke Township in Yanqing and Miyun Reservoir are popular places for cycling.” Through cycling, Li Siying’s activity area has expanded a lot, seeing different landscapes and meeting new friends.

“What he likes most is the feeling of cycling to explore the city”.

Unlike Li Siying, Han Lin, 65 years old, has been riding for more than 10 years.

For him, riding is often associated with food: “Get on the bike, go to Andingmen for breakfast, buy some bean juice in Niujie, buy some Yuanxiao at the Temple of Heaven, and go there as soon as he says.” Riding is not only physical exercise, but also very diverse in “added value”.

Different people get different fun from it.

Zhao Qian, the publicity director of a cycling club, said that cycling also meets the social needs of many young people.

It is reported that since this year, the club has organized cycling activities every weekend, with an average of more than 20 people participating each time.

A popular online social networking platform has launched the “riding friendly plan”, on which many young urban residents share their riding life.

Why is cycling particularly popular in recent years? According to the staff of the China Cycling Association, there are many reasons for the formation of the “bicycle craze”.

In addition to the charm of the sport itself, there are also factors such as the steady improvement of social and economic level, the gradual improvement of public health awareness, and the driving force of competitive sports and amateur events.

At the entrance of a sports bicycle shop in Deshengmen, Beijing, several girls and boys in cycling clothes were setting up small tables to prepare for dinner.

The shop floor area is not big, but several customers came to see the car soon, and they also replaced parts and did maintenance for their car.

To free up his hands, Ji Hua, the owner of the shop, introduced to the reporter that he was a retired cyclist and had participated in the National Games.

At the same time of opening the shop, he also set up a cycling club to serve customers who bought cars here.

“Those who had dinner were all my students.

September 17 was the World Cycling Day.

We had a long trip by bike and just came back.” Ji Hua said.

Speaking of small shop business, Ji Hua has a smile on his face.

It is reported that the business has been good since the store was opened for 9 years.

This year, the sales are the hottest.

“As long as the size and color of the car are appropriate, many customers will place orders decisively”.

“The club is also operating better and better.

This year, more than 100 people have joined the club, mostly between the ages of 26 and 35.” Jihua is more concerned about getting goods than selling them.

In a bicycle brand shop in Chaoyang District, Beijing, there are only two road bikes in the huge shop.

The person in charge of the store said that at present, road bikes are “hard to get”, and it will take several months to buy popular models.

“Influenced by the global epidemic, the production capacity of many foreign brand bicycles and key parts cannot keep up with it, and it is difficult to meet the surging consumer demand in a timely manner.” As a result, the sports bike rental market is also very hot.

During holidays, vehicles often need to be booked more than a week in advance.

A number of domestic sports bicycle brands and related parts suppliers took advantage of the situation and performed well.

This year, Ruibao Composite Materials Co., Ltd., a bicycle manufacturer in Dezhou, Shandong Province, has doubled the number of orders for sports bicycles on a year-on-year basis, and its own brand has achieved a growth of more than 200%.

Wang Chunqing, the person in charge of the enterprise, said that the design of domestic brand sports bicycles is more in line with the Chinese body shape, and the production process is also accelerating, which has been recognized by more and more consumers.

“At the end of September, a new factory was put into operation, and we expect to double the capacity next year.. 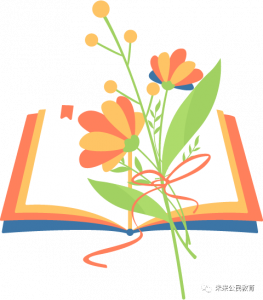 When riding, take six steps to protect your butt.