｜++Cycling ｜++Cycling Diary 7 days later Day 4 Sunny beach camping can listen to the sound of the tide crashing on the shore to sleep, you can see the bright moon on the sea through the gauze net hazily, and you can also blow the sea breeze to get better. 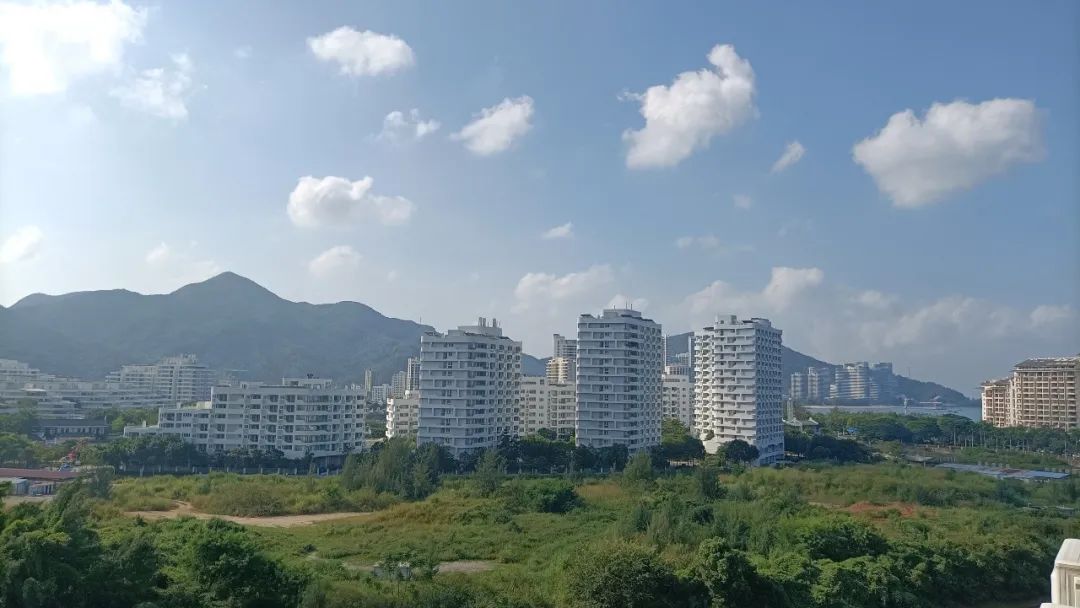 But, shouldn’t fireworks, which is extremely explosive, be banned early? At one o’clock in the morning, a few sudden fireworks burst into the sky and bloomed their own splendor. 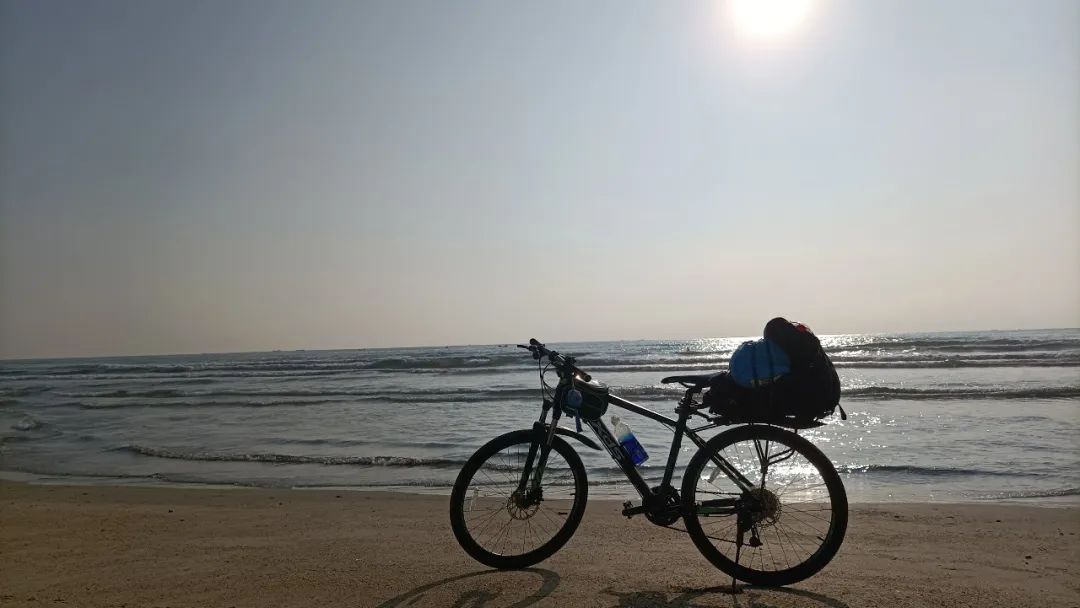 At half past one in the morning, the sky in the other direction suddenly became bright. 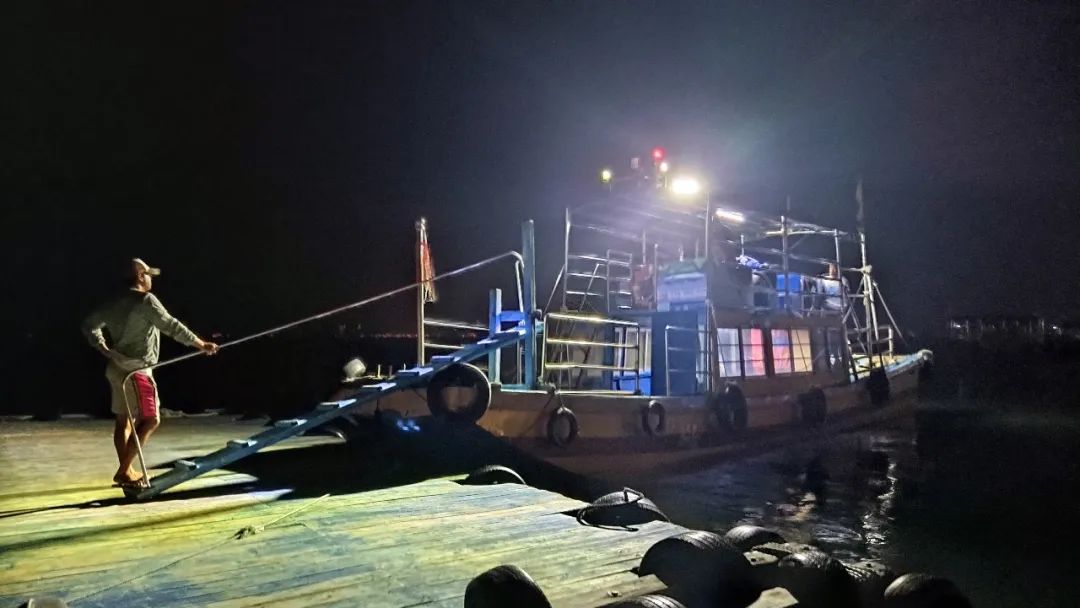 At two o’clock in the morning, several young people were standing on the beach in front of them. 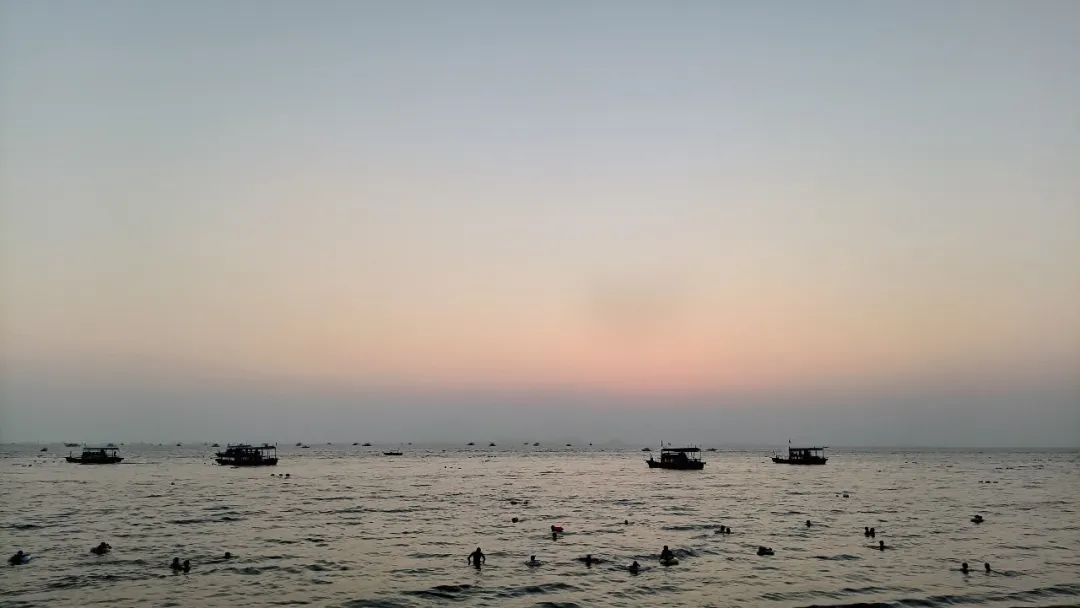 At ten past two in the morning, another light burst into the sky less than 100 meters away, accompanied by a loud sound. 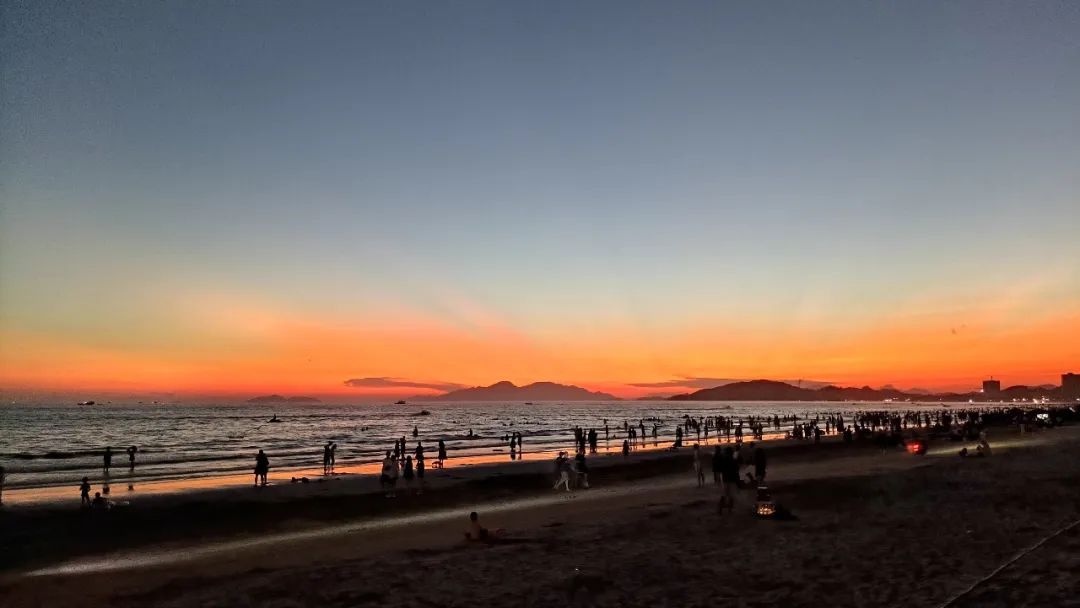 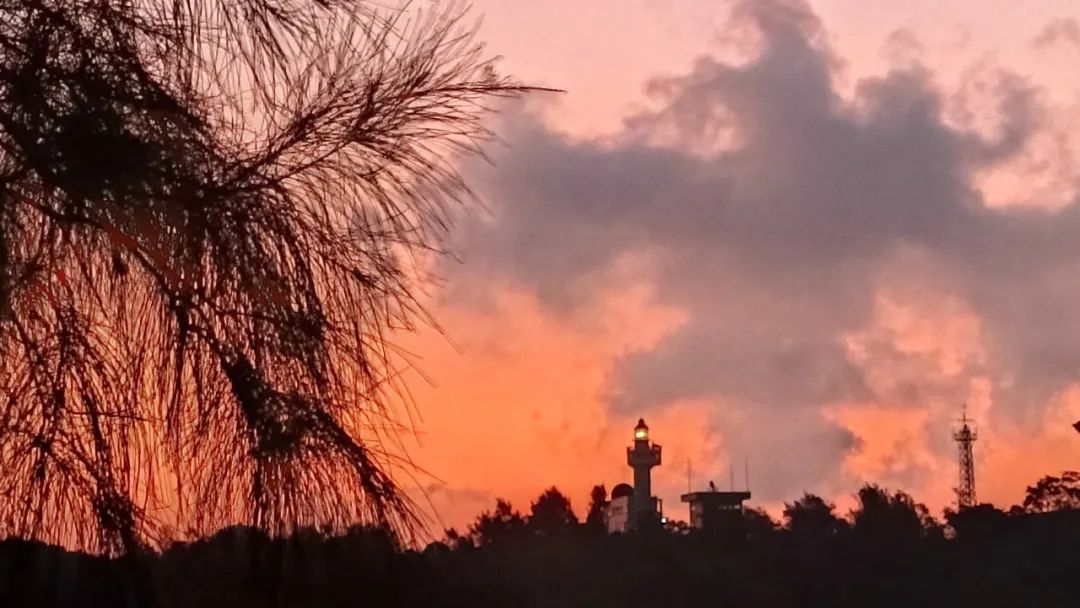 The original location was close to the HOT bar, and the lighting atmosphere and stage atmosphere were too strong. 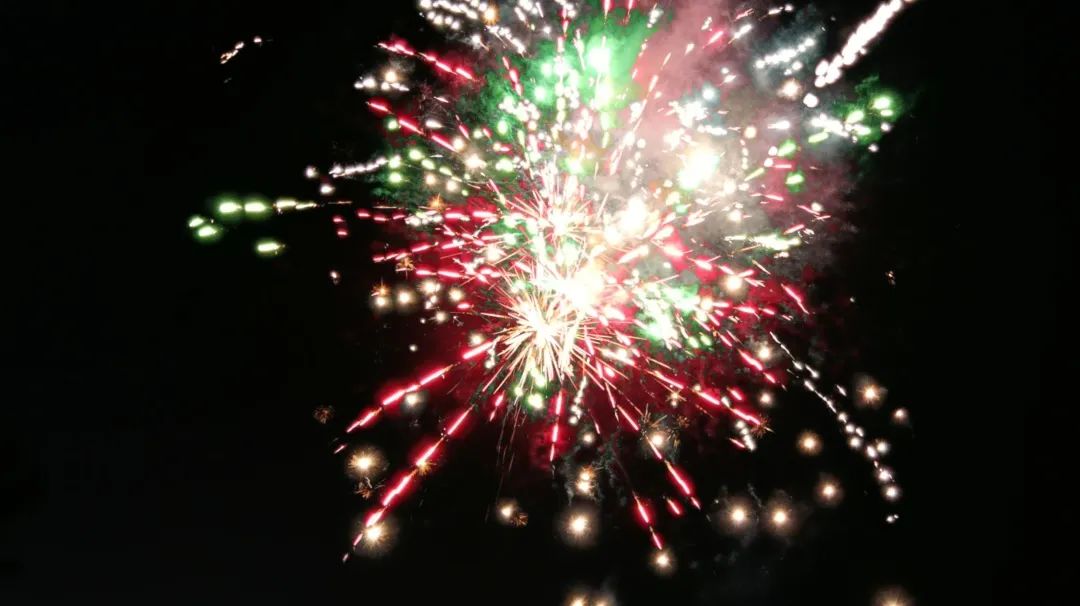 In order to sleep safely, the tent was moved hundreds of meters away. 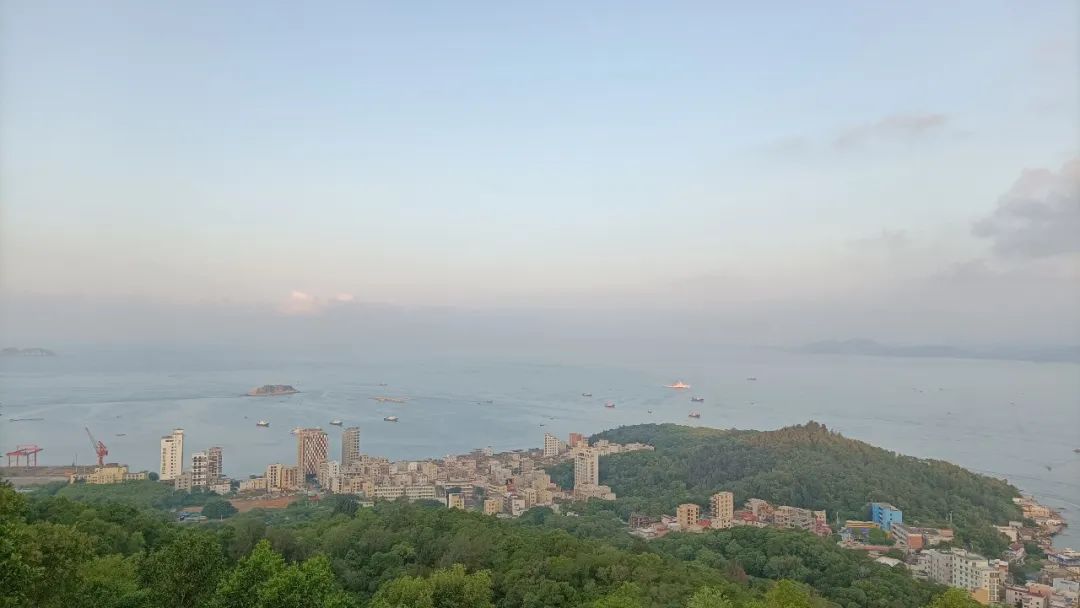 In the dark, the tent was randomly found a place where the sea breeze blew. 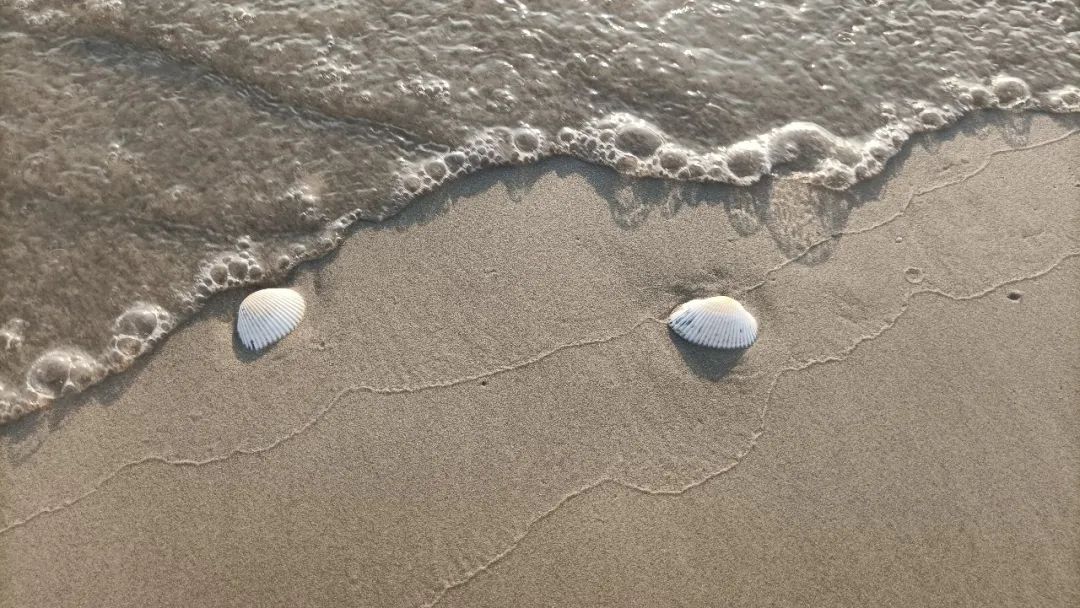 Escaped the late night atmosphere of the bar, but could not escape the loud sound of fireworks. 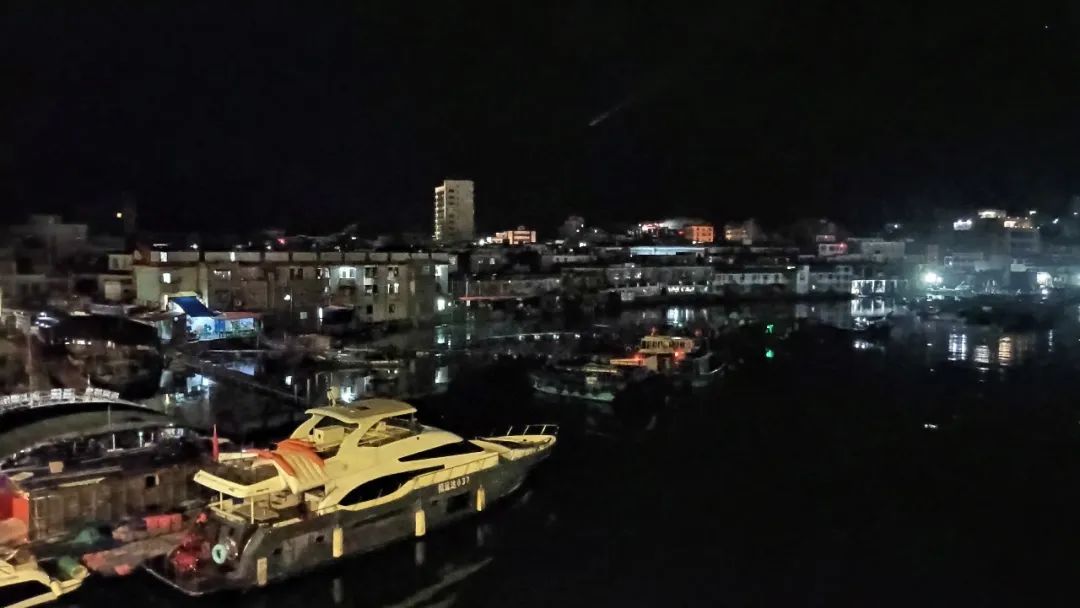 At 3:00 in the morning, I packed my tent and escaped from the beach. 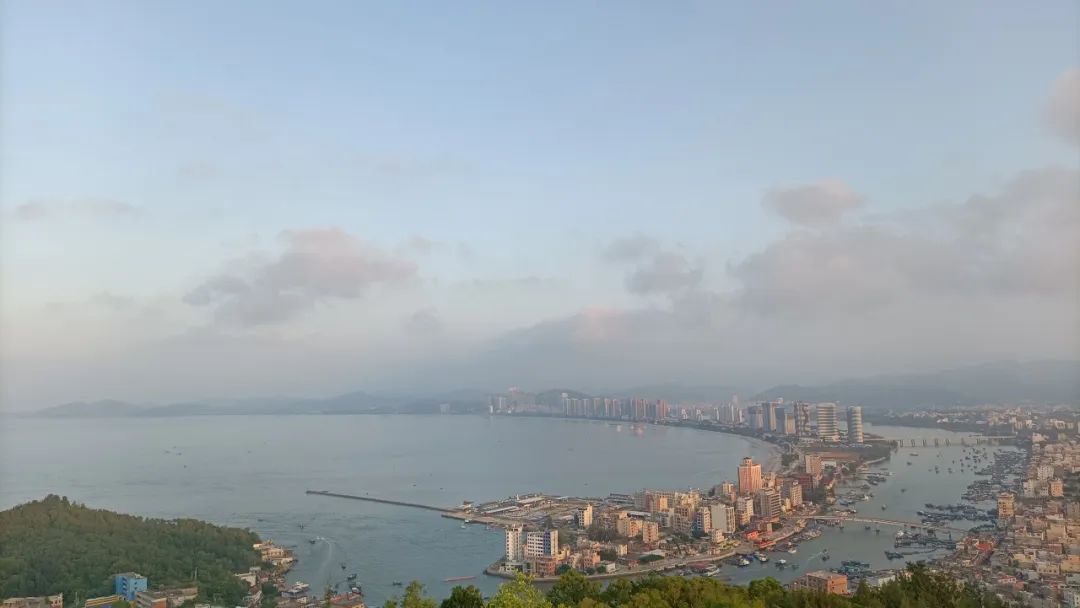 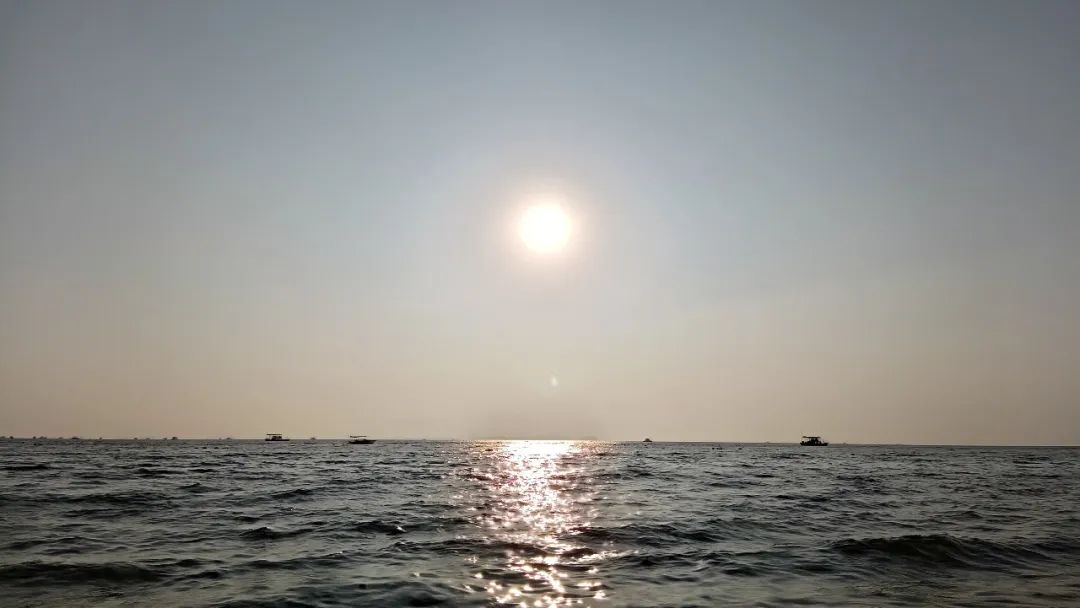 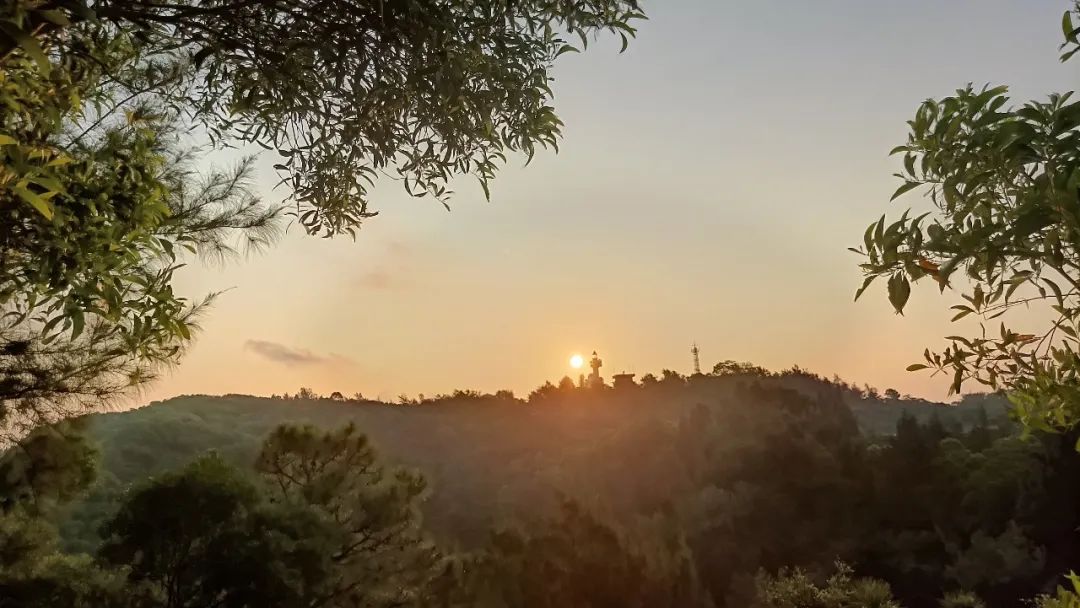 However, I also learned from the staff that the time of sunrise and the distance from the entrance to the top of the mountain were not taken seriously at that time, and I felt that I would no longer go to the steep slope foolishly and painstakingly. 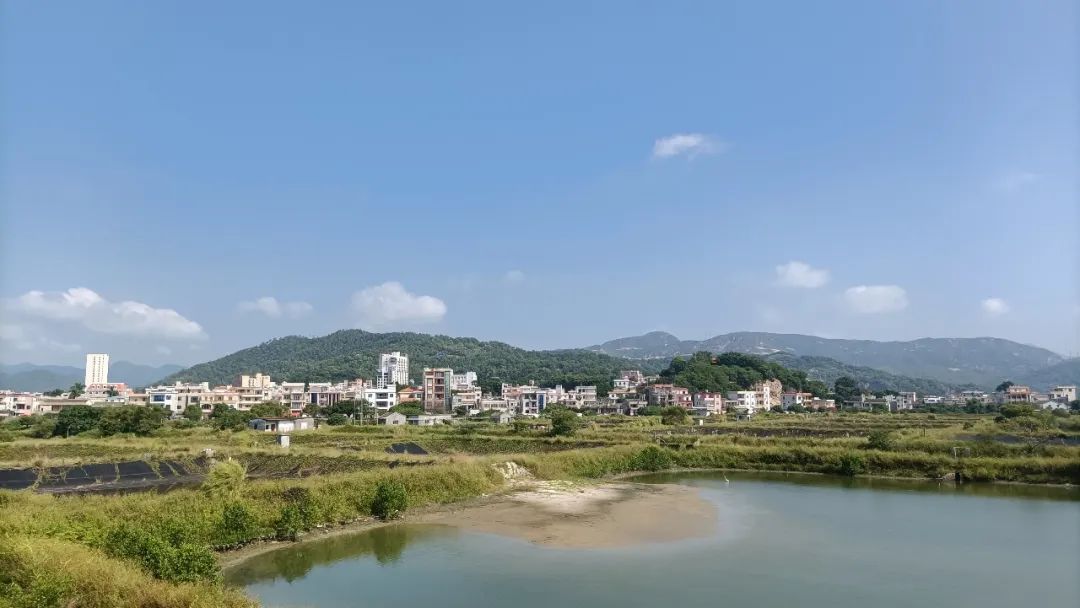 However, it is said that the sunrise of the Grand Star Mountain Viewing Platform is a unique feature of the Double Moon Bay, and there is no place to go at this time.

Vanke Shuangyuewan Community is indeed the most prosperous area in the town.

Even at 3:30 in the morning, there are still many stores open for business.

Scattered guests sit at the door to eat, drink and chat, making the quiet night a little bit more crowded.

The vendors who rely on generators to maintain the lights at the entrance of the community are working hard to run their own businesses.

Even if no one cares, they smile and shout at everyone who passes by.

Even if one or two of ten people or a hundred people visit, they are also successful.

It is hard to start a business and it is the hardest to start.

The light that breaks through the darkness is the only support on the road ahead.

Only by holding the handlebars tightly, can the person riding on the bike feel a sense of security.

Unable to see the road ahead, the cyclist gropes for the dark night.

The cyclist who passes once in the day knows the bumpiness of the road.

Maybe a shallow gully will suddenly appear on a flat road, a turn may suddenly rush, or a vehicle parked at will may block half of the road carelessly.

After passing through the dark “no man’s land”, the moment when I saw the light again, I felt a ripple in my heart.

It turned out that the person who felt the stone crossing the river in the dark wanted a glimmer of light that was within the reach of others.

There are several seafood stalls beside Waiwan Beach with lights on, but there is no one in front of them.

The tail lights of cars parked at the roadside are on.

The peddlers who set up stalls on the beach are still holding fast.

Lovers who walk barefoot on the beach are full of tenderness in their eyes.

How rare it is for people to walk with you on the beach late at night.

A bicycle driving from the dark disturbed the boss who was sitting at the door of his restaurant waiting for guests.

The cyclists witnessed all this, without sighing, sadness or loss.

Some of them are free and carefree in the world, and some are just like me.

Maybe I had the experience of riding in the dark, and then I came across a small section of dark road.

I also relaxed a lot, which can be clearly seen from the grip of the handlebars.

When we arrived at the port bridge where the 210 county road crossed Neiwan, the wheels stopped, got off, untied the straps, took out the mobile power from the backpack, and gave the mobile phone battery life.

A bench placed at the entrance of a supermarket at the bridgehead burst into view, took down the water bottle and carried it in hand, and walked straight to the bench.

According to yesterday’s cycling experience, the next road is all downhill and uphill, which requires huge energy consumption.

On the way back, see if there is a breakfast shop that has opened.

After all, the best way to replenish energy is to eat.

Sitting on the bench, I began to think about where I should go today, about the next arrangements, whether I was stupid, about the other side of the moonlight, about the meaning of wandering, about the length of wandering with my heart, about…

An idea that flickered in my mind the day before was erratic, sleepless at night, and in a poor state of mind.

I also thought that it was really hard to bear to travel 130 kilometers a day.

The road was long and complicated, The idea of going to Shanwei was eliminated.

Since the state is not good, it is not suitable to travel far.

Today, it is important to adjust the state.

When setting out from Shuangyue Bay, I saw a post on the Internet about Xunliao Bay, saying it is no less beautiful than Shuangyue Bay.

The location and shape shown in the map also indicate that it is a bay surrounding the South China Sea.

In this case, book a hotel near the beach of Xunliao Bay! After determining the destination, put down your mobile phone, ride a bike, and conquer the rugged road at your feet.

The first thing to conquer is the tall arch bridge in front of you.

The wheels rotate, and the transmission changes with a click.

It is not difficult to go uphill.

On the way up, there was indeed an early boss who opened the business.

A steaming bowl of rice noodles was the energy source for climbing the mountain this morning.. 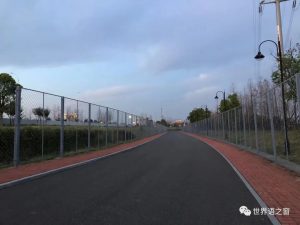 I will definitely go to Bidao again

Half day riding | | It’s impossible to challenge and temper your will!