Chengdu in May can be divided into three kinds of people: one is riding the Tianfu greenway, one is camping in the park green space, and the other is climbing Longquan Mountain at night to watch the sunrise! So which one do you belong to? No.1 go and ride around the city! For the first time, I saw the texture and panorama of Chengdu.

What can I see in a week around the city? The answer has been unlocked by many Chengdu people in this spring: green is the background color.

Along the way, there will be 78 bridges in different forms, 121 ecological parks with different styles.

You can meet the “net red” clock in the south gate and the small white house in the wetland.

You can also take a large picture on the torch viewing platform of Qinglong lake.

You can also cross the Jinjiang River, watch the sunset on the Bank of Jincheng lake and smell the fragrance of Qili incense…

Small bridges, streams, lakes and flowers, From time to time, the passing train, the ecological combination of static and dynamic, immersed in it all the way to taste, just know that Chengdu is like this today.

Chengdu is 100 kilometers around the city, but there is no suspense about the fire.

On the eve of new year’s day this year, the 100km first-class greenway of the ring road of Chengdu ecological park was fully connected.

After the whole ring is connected, more than 100 ecological parks are beaded into a chain.

For the first time, many people have seen the texture of Chengdu closely.

From the perspective of driving around the city, the scenery is single.

However, from the perspective of cycling around the city, Chengdu is full of various forms.

Thousands of natural scenery and cultural creativity are intertwined.

Although it is 100 kilometers long, each frame is different.

Getting close to nature in this way was once a luxury, but now it is a fashion within reach.

No.2 go, go camping! Rather than stay at home, it’s better to camp on the grass.

It’s more popular in Chengdu, but it’s a little different.

In addition to camping in scenic spots, suburbs and camps, Chengdu people’s tent bags can be seen everywhere in the city.

This is a self ridicule of Chengdu people, but another word pierces the truth.

For the truth of camping fire, many interpretations from different angles have already surfaced.

Under the influence of the epidemic, “on-site Festival” has become the mainstream, but it is still just needed to go outdoors.

Therefore, people use a tent to set up the “poetry and distance” in their hearts, support a sky curtain, and set up the “leisure, comfort and freedom” in early summer.

For Chengdu people, it’s a little more fortunate that camping doesn’t need to go far at all.

Even in the west village courtyard, there are “grassland houses” and “kings”.

The campsite is their own balcony…

What’s the matter? Anyway, Chengdu is expected to see the balcony of snowy mountains and Xiaguang.

Compared with the picture switching during riding, camping is more like “home” in nature and “home” on the grass.

But if there is natural fragrance when you open your home, why do you have to travel far to find it? At present, Chengdu has built more than 1300 parks of all kinds, more than 5000 kilometers of greenways at all levels, and a total forest area of more than 8 million mu…

In a city with green doors, there are good places for “camping” everywhere.

No.3 go, climb Longquan Mountain at night! The romantic Chengdu people who pursue the first ray of light in the morning are “sunflowers”, and chasing the sunrise has become a new fashion.

to go to work, but it’s especially exciting for Chengdu people to get up at 4 a.m.

to climb Longquan Mountain at night.

Therefore, it seems that “all Chengdu people are climbing Longquan Mountain”.

Although there is no need for new popular equipment and newly opened venues to watch the sunrise, according to the staff on Longquan Mountain, in previous years, only people climbed the mountain during the day and watched the scenery at night.

The concept of “climbing at night to watch the sunrise” really emerged this year and became popular somehow.

Of course, it’s not surprising to see the sudden explosion of sunrise while climbing mountains in Chengdu.

On the one hand, it is “fresh and interesting to experience”, on the other hand, it is “convenient and accessible”.

Coupled with the beauty of Longquan Mountain, how can it not be sought after and attracted? Compared with the romance of catching up with the first ray of light in the morning, the small costs of getting up early and climbing at night seem to be transformed into a sense of ritual close to nature.

But there are surprises.

The popularity of seeing the sunrise in Longquan Mountain is beyond imagination.

Even in the wilderness between the mountains, it is inevitable that the density of tourists is too high…

So I still want to remind you that you should remember to be safe and epidemic prevention and civilized viewing! Have you gathered all the hottest tricks in Chengdu? Tell Xiaobian in the message area ~..

Be careful! Riding on Changping greenway, I was almost cut in the throat?! 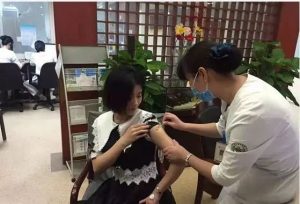