Dear relatives: Recently, some netizens broke the news that they almost cut their throat by a kite line when riding along the 42km Greenway in Changping and passing through the north section of Binhe Park. 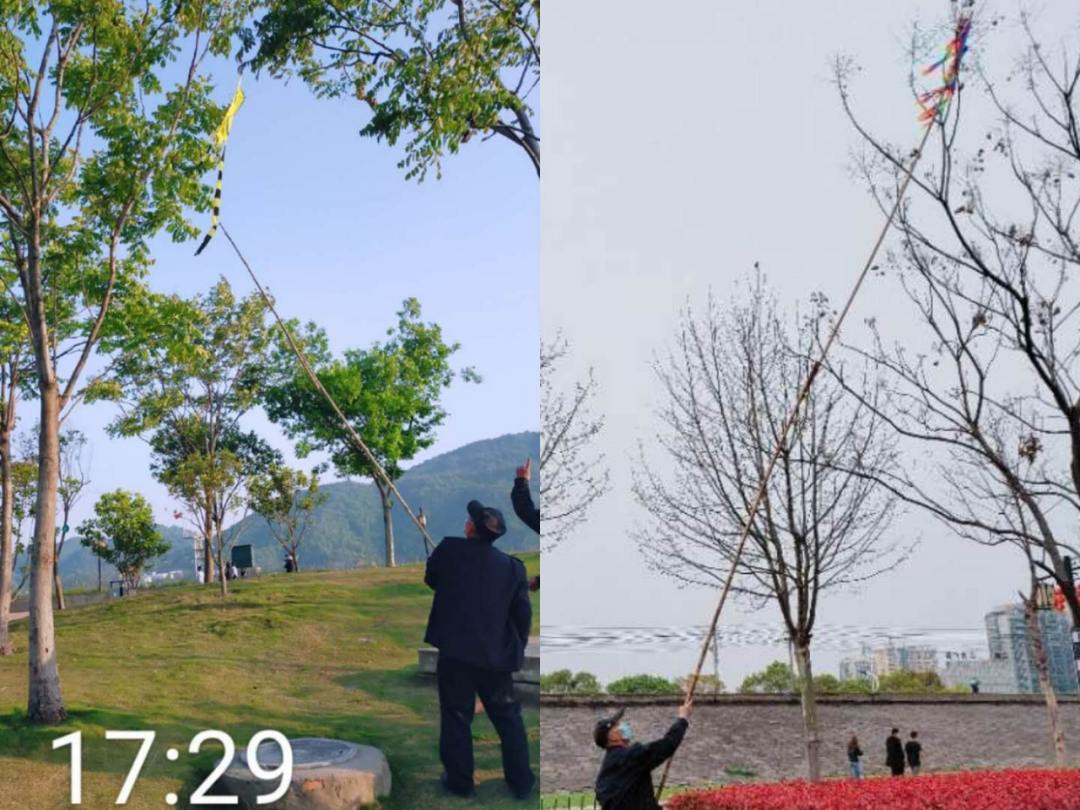 I believe many neighbors can often see many citizens with their children flying kites on the square and grass, goldfish, eagles and butterflies in Binhe Park, Yong’an Park and Shahe reservoir All kinds of kites flew and circled in the sky, drawing beautiful arcs. 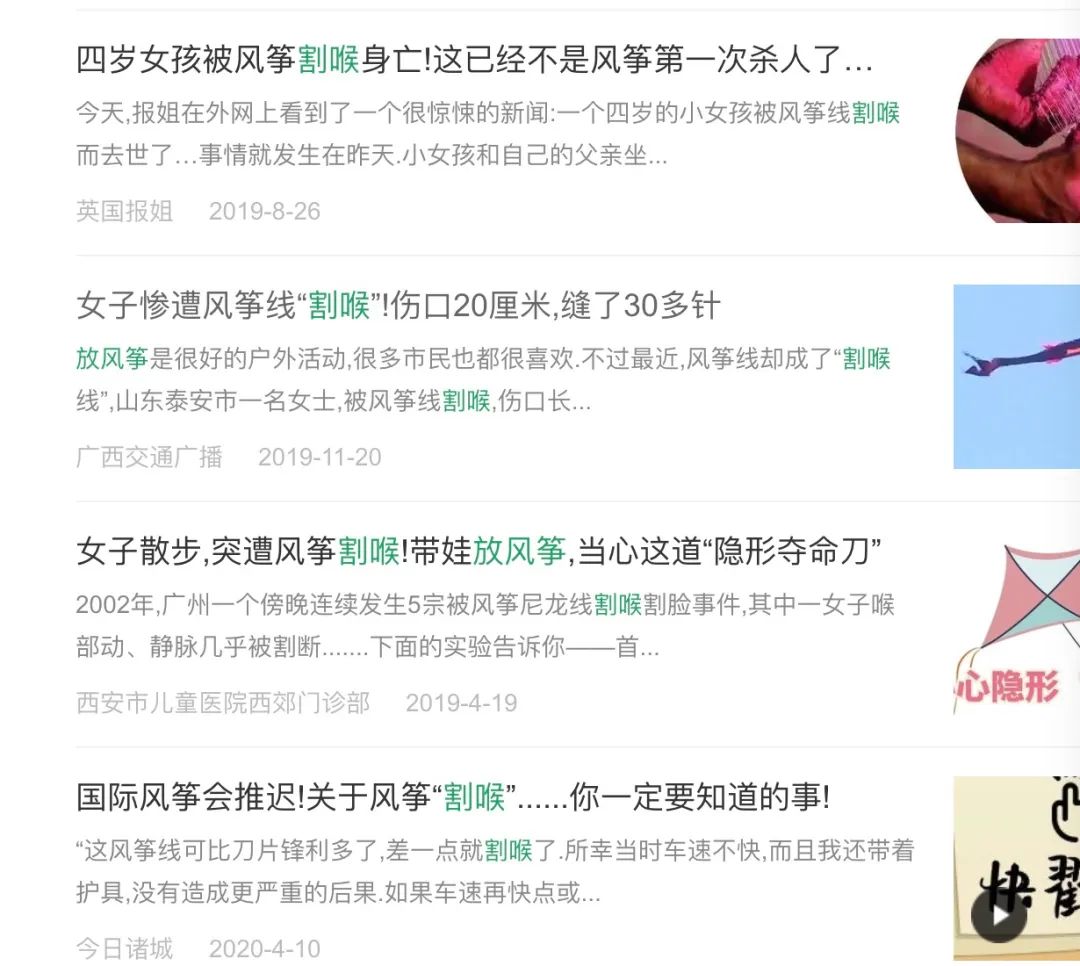 The children cheered Running, laughing and laughing, however, there are many potential safety hazards hidden in this warm picture.

You can see thin kite lines hanging on tree tops or electric poles near some trees and street lamp poles, which can easily become dangerous “sharp blades” and hurt people’s face and neck.

Sometimes the kite line accidentally scrapes people’s neck and scratches people’s neck; sometimes it scrapes on the wire and touches the bare wire will cause electric shock.

These are very dangerous things.” As a traditional Chinese cultural activity, kite flying is beneficial and pleasant, but we must pay attention not to fly near obstacles such as wires, trees and houses.

Because in these places, if you are not careful, there will be kites hanging on obstacles.

In serious cases, there will be safety accidents such as electric shock and hitting people.

In addition, don’t choose places with more people and kites.

More people are not conducive to starting; Many kites are prone to kite string winding.

If you take children to fly kites together, you must do a good job of safety education.

Tell the children that they must not touch the kite line directly with their hands.

It is best to bring a pair of gloves to the children to avoid accidents and reduce the degree of injury.

” In fact, people have been cut by kites for a long time, “I really think we should remind everyone,” Ms.

Previously, a netizen’s car was cut by a kite line: “please stay away from the road.

Motorcycle riders should die when they encounter this.” The edge of the reflector and A-pillar is cut with a deep gap by the wire of the suspected kite line.

More netizens have been deeply hurt by the kite line.

The following picture may cause physical discomfort and slide carefully!!!!!! At about 5 p.m.

Xie rode his motorcycle through Gongyuan North Road near Changyang Park in Fangshan District, he suddenly felt something cut his helmet.

He slammed on the brake and felt a sharp pain in his neck.

A tight kite line slid down his helmet and strangled his neck.

On the spot, the helmet buckle and neck cover were cut off, and a long scar was cut on Mr.

Netizens commented that some people think the park doesn’t even allow kites to fly.

What else can we do@ Beibei: it’s unreasonable not to allow kites in the park…

What’s the use of the park? Flying kites in the park is too dangerous @ Gardenia: too dangerous! Who will take care of the key@ Rosemary: Riverside Park.

There are many runners here.

Flying kites does have potential safety hazards@ real_： Most of the kite lines are transparent and invisible from a distance, which is very dangerous to pedestrians, and it is easy to cut people @ ghost talent: since it is so dangerous, how can management rely on self-consciousness? Who cares? Or plan a piece of land that can be put.

Some netizens have really encountered danger @ bear mother: today, I almost had my throat cut with my son in the park.

In fact, Xiaobian has been fond of flying kites since childhood.

He also summarized several convenient places, such as the riverside park where the incident occurred.

Strictly speaking, there is no place to fly kites.

Xiaobian personally feels that there are few tourists in the riverside park, Low lying places with no wires and far away from the traffic flow are more suitable for kite flying: Baidu map should also have neighbors who think of the second dam of the reservoir, but in fact, in recent years, there are not only many cyclists near the second dam, but also many tourists who park here for a walk.

However, the roadside of Youdi Road on the east side of the reservoir is a relatively ideal place, with shoals and few tourists, It is far away from the highway and there is no high-voltage line around.

However, it is also a reality that it is difficult to find a place to fly kites in the city.

We should still have a number in mind, and flying kites should be safe first.

Previously, some netizens said that some people fly kites directly onto the high-voltage line.

Indeed, before the occurrence of people cut by kites every year, A terrible accident happened about the kite line.

Two men in Nantong, Jiangsu province cut their fingers and palms by the kite line when flying a kite! 01:26 △ the video of CCTV finance and economics “first time” is really shocking.

Shanghai Jinshan fire fighting did an experiment △ the video of CCTV finance and economics “first time” looks very thin, But the tenacity is extremely strong, and the general strength is difficult to break.

In the process of setting out or taking up the line, if the kite line collides with a high-speed moving object, it will have a strong destructive effect.

In windy weather, it is best not to fly a kite to avoid damage caused by out of control of the kite line.

Remember these six points 1 Choose an open field and use kite lines with obvious colors to avoid buildings and trees.

Never fly kites in places with high-voltage lines and on both sides of roads and railways.

Only when the kite line is tight can it be destructive.

In case of uncontrollable situation, cut the kite line in time, tidy up the line and take it away to prevent accidental injury to pedestrians.

For children flying kites, it is best to choose small kites and use cotton kite strings.

If you see someone flying kites nearby, you must pay attention to safety.

Cyclists had better slow down or push for a while, and pedestrians should not run.

Once the body touches the kite line, it is necessary to quickly avoid in the opposite direction and try to avoid neck, face and fingers touching the kite line to avoid injury.. 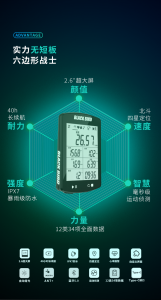 Which of the 20 styles of cycling do you have?

Cycling, camping, night trips Have you tried the three most popular tricks in Chengdu?