This journey, which has been brewing for a year, lasted six months and 27 days, passing through four provinces and municipalities directly under the central government, with a total of 4400 kilometers.

Along the way, one person and one horse broke eight pairs of horseshoes, lost five whips, and encountered various difficulties and obstacles.

Encounter wolves on Duku highway, and people sleep in sheep pens with horses; On the snowy mountain, braving the cold wind, I nearly fell off the cliff; In the grassland, “hot pot” eloped with the estrous mare, and Le Xiaoyun, who was chasing after him, was out of breath “Along the way, I and ‘hot pot’ are the fetters of fate and the friendship of life.” Le Xiaoyun said.

Along the way, the story of one person and one horse also gained countless help and attention.

In the grassland under the afterglow of the sunset and the distant mountains covered with snow, Le Xiaoyun carried the mobile phone live broadcast in front, and the chrysanthemum green “hot pot” followed with its head down.

At first, there were only a few dozen people in the live studio.

Now thousands of people are waiting regularly every day, “this is not just my trip.” Le Xiaoyun said.

He had two pamphlets full of names and phone numbers of people who had helped him all the way.

on January 27, 2021, before the Spring Festival, Le Xiaoyun returned to his home in Fengjie, Chongqing.

Just set foot in my hometown, my hometown relatives and friends came to hear the news.

Some came for a group photo and some handed cigarettes.

He used to be just an ordinary man, but now he is like a hero, triumphant under the eyes of everyone.

Everything is so familiar, but it is different.

“Because of the existence of ‘hot pot’, I can’t go back to the past.

It has become the focus of my life.” Le Xiaoyun said that the first business at home is to find a place for “hot pot” to settle down.

△ source: the following is Le Xiaoyun’s Self Description: at the beginning of the adventure, people always ask me why I started this ride? There are many reasons for thinking, but it was my nature that finally made me put it into practice.

I am unruly and love freedom.

After traveling to Xinjiang in 2020, I came up with a bold idea: maybe I can ride back to Chongqing from here and enjoy the scenery along the way.

What’s the matter? If I don’t realize some things now, I will do them one day in the future.

I didn’t tell my family.

In May 2021, I got on the train from Chongqing to Yining, Xinjiang.

To complete this journey, you must first buy a good horse.

After arriving in Yining, Xinjiang, I went straight to Zhaosu, the famous hometown of Tianma, which was called “Xiji” in the Han Dynasty.

On June 1, 2020, I bought the first horse in my life, which is locally called red horse.

Later, it was found that the joints of the horse’s hind legs were relatively thick, which may have been injured when holding the sheep in the past.

My friend was worried that the horse could not go so far and there would be problems with its legs.

He suggested that I sell it.

I asked my local friends to help me find horses.

I saw thousands of horses a month.

During this period, there were some horses with high cost performance, but I always felt that I didn’t want to make do with it.

One day, I saw a chrysanthemum green from a distance on the bazaar.

It was tied to the side and had just nailed the horseshoe.

It was almost love at first sight, I thought, that’s it.

In fact, before I went to Xinjiang, I thought about what color of horse to buy, preferably chrysanthemum green.

It was dark blue when I was a child.

It will turn white when I grow up.

The horse in front of us is eight years old, just turning from black to white.

He gestured his fingers and gave ten thousand.

It’s totally beyond my budget.

Just about to say cheaper, he shook his head and left.

Unwilling, I took photos and videos of horses and asked around who owned the horses.

A local told me that this horse is a betting horse, and you can usually win the place in the folk race.

So I asked my friend to make five or six calls to the former owner of the horse, hoping to reduce the price.

The former owner of the horse told me that before, a boss drove a dressed carriage and asked for a horse at home with 100000 yuan, but he refused.

Because the other party earns money from horse racing, it is not allowed to get hurt one day.

If something goes wrong, this chrysanthemum green will be scrapped and can only be used for breeding.

If not, it will be slaughtered.

The former owner also cherished the horse, spoiled it all the time, and ran the race with restraint.

I explained to him in detail my plan to ride back to Chongqing from Xinjiang.

I just needed a good horse.

He seemed to know that the horse was sold to me.

As long as I could go back, I could get a good end.

After measuring for a while, he finally nodded and agreed to sell it, which was reduced to 32000 yuan.

I bought it without hesitation.

When I left, I had only a few thousand dollars left.

I named this chrysanthemum green “hot pot”, which is also a thought of my hometown Chongqing.

It also has another name, “ahobot”, which means “the journey of white clouds”.

Kazak friends said that when Xinjiang horses arrive in the mainland, they still need a Xinjiang name to feed them.

On the third day of buying “hot pot”, pack up and get ready to leave Xinjiang.

Before I left, I also bought a sheepskin and drew a map of China.

I planned to stamp a postmark everywhere to prove that I had been here.

The fetter of man and horse has been six months and 27 days since July 1 last year.

It has traveled about 4400km in four provinces, Xinjiang, Gansu, Sichuan and Chongqing.. 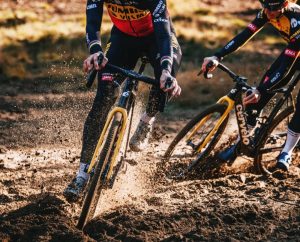 With the Spring Festival approaching, what are the riding wishes and goals of 2022? 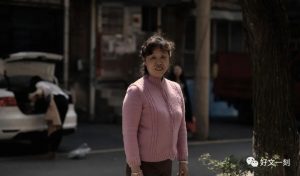 After retirement, I joined the cycling group, but I encountered a shocking scene. 60 year old aunt: it’s better to quit quickly