Insdaily – Daily LNs news this article is authorized to be transferred from: Donkey riding ID: qilvtravel / others laugh at me for being too crazy, and I laugh at others for not wearing it / I believe that many donkey friends have a dream of traveling around China.

If they can ride around, it will be even cooler.

A while ago, uncle donkey introduced to you the story of the post-90s baby father ah Tao, who was popular in the whole network, riding into Tibet with his daughter.

Recently, another post-90s guy who rode around the country was on fire! His name is ah Qiu, from Chaoshan, Guangdong.

In a year since last July, he has ridden through 15 provinces, cities and autonomous regions in China.

However, the painting style of the post-90s is different from what you think at first glance.

When you look at it carefully, it makes people laugh…

At first glance, do you think the man in his 50s is still young and strong? ▽ but he is really a real post-90s.

When I first set out a year ago, it was a pig killing knife for a long time.

The knife made me feel old.

On this rider, it was a sharp pig killing knife.

Riding alone for a thousand miles and riding for only one year, he has changed from a beautiful young man in Guangdong after the 1990s to a big man after the vicissitudes of 50.

His hairline is higher and his wrinkles are more…

But ah Qiu has already put down himself and let himself go.

He said: others laugh that I am too crazy.

I laugh that others can’t see through his video.

Netizens laugh and laugh: 90 has no place, Please go to 50 to squeeze, but you are also moved by his spirit and encourage him to continue to pursue his dreams.

After passing through Fujian, Zhejiang, Shanghai, Jiangsu, Shandong, Hebei, Beijing, Tianjin, Liaoning, Jilin, Heilongjiang, Inner Mongolia, Shanxi, Henan, Anhui and now Jiangxi, he is still on the road and moving towards the dream of traveling around China.

Anyone who has a dream is great.

However, there is always a gap between ideal and reality, and some costs have to be paid, such as appearance.

Ah Qiu is not fighting alone, especially on the road to Tibet.

Riding into Tibet is a milestone for many donkey riders.

However, many riding circles have used their personal experience to tell us what is called: riding Tibet is as deep as the sea, and from then on, they are passers-by.

There is no ugliest, only uglier.

How can men “mature” quickly? Just ride to Tibet once.

(not only cooked, but also burnt) before entering Tibet, he was still a high spirited young talent.

After entering Tibet, he became a weather beaten middle-aged uncle.

Before entering Tibet, he was a strong man with eight abdominal muscles.

After entering Tibet, he was a natural and unrestrained brother who ran with the wind and loved freedom; Before entering Tibet, they were exquisite urban white-collar workers.

After entering Tibet, they were real iron blooded women.

No matter how clever the little sister is, she will become a heroic and uninhibited big sister after entering Tibet.

The gentle little brother went to Tibet and became the silly son of the herdsman’s family.

No matter how sunny the big boy is, he can’t resist the Feng Shui and rain and get exposed to the sun.

Before entering Tibet, I felt that I could make a debut.

After entering Tibet, I looked in the mirror and was disturbed.

People’s temperament is not practiced in one day or two, but when you go to Tibet, Baigujing will immediately return to its original shape.

How long does it take to change a person? Riding to Tibet for a few days is enough.

It used to be nice to take photos, but it turned out that it was the beauty who supported it.

There is only a short trip to Tibet between Mai Meng and tie Hanhan.

However, as long as you are confident enough, you will hold your temperament to death.

Even if your hands are red with cold, you are still the most confident pretty girl on the way to Tibet.

Since riding into Tibet, people have tanned and their smiles have become more sincere.

The bad habit of narcissism has also improved.

In the past, it took half an hour to go out and dawdle and look in the mirror.

Since I came to Tibet, I even took time to eat.

The bad habit of not moving has also been changed.

I rode all day and lost weight when I came to Tibet.

Travel is an important standard to test true love.

Especially when couples go to Tibet, they have seen your best appearance.

For the rest of their lives, you will be more beautiful than you are now.

How many people have been ambitious, pack their bags, ride their bikes, travel all the way, starry night, in order to embark on an ugly road to Tibet.

Some people also played a retreat drum on the road, exposed to doubt about life, and sent out the torture of the soul: are computers and mobile phones not fun? Is the WiFi watermelon air conditioner uncomfortable? Why come to Tibet for abuse? Am I sick? If I’m not sick, who will take this line (Sichuan Tibet line) ▽ but people live a face and trees live a skin.

I’m forced to pretend by myself, and I have to pretend Even if I’m hard headed.

You have to ask people who have ridden to Tibet whether they regret their original decision.

80% of them will still say they don’t regret it.

Almost everyone who has ridden to Tibet said that it was an unforgettable and proud thing you recall in the rest of your life.

Because, riding to Tibet, you lose your face.

It’s only temporary, but you can remember the road you’ve traveled, the beautiful scenery you’ve seen, and the people you’ve met for a lifetime.. 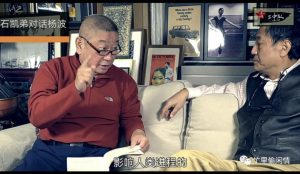