Apart from freelancers, most workers live from 9 to 5 in the office.

Facts have proved that the office is a nervous place.

❑ Regular exercise, such as cycling to and from work, can help relieve stress.

Research shows that the number of sick leave requested by regular exercise staff is 27% less than that of non exercise colleagues.

Cycling can not only exercise employees, but also reduce the total number of patients every year.

Exercise can promote the production of various hormones, such as endorphins and cortisol, so that people can relieve stress more effectively, and at the same time make people happy.

Not only that, it can also promote thinking innovation.

A study conducted by the University of Leeds found that employees who participate in sports activities at lunch time are more efficient.

Considering the positive effect of cycling, the number of cyclists in London has increased by 155% in recent years.

This change is not only in London, but also in many cities.

At present, 760000 people in Britain ride bicycles to work.

❑ Cycling to work can relieve work pressure and is also good for health.

A five-year study conducted by the University of Glasgow found that compared with passengers driving or using public transport, the health risk of cyclists commuting to work was significantly reduced.

Riding a bike to work is not necessarily a difficult feat.

Mark Bull, CEO of Landstad, said: “Riding a bike to work is a good way to get healthy.

If you work in the city, riding a bike can avoid crowded carriages and people.”.

With the launch of the “Bike commuting program” by many companies, bicycles have come into our daily life step by step…

Warm up before riding: Wake up your body 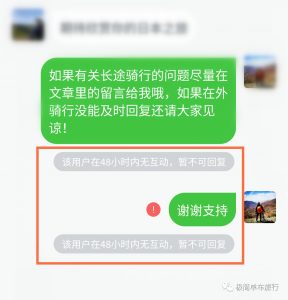 Summary of Journeys to Europe