“After recognizing the truth of life, I still love life.” The above sentence is well known to many people, and there is an 84 year old “little sister” in Sichuan, who also interprets this sentence with life. 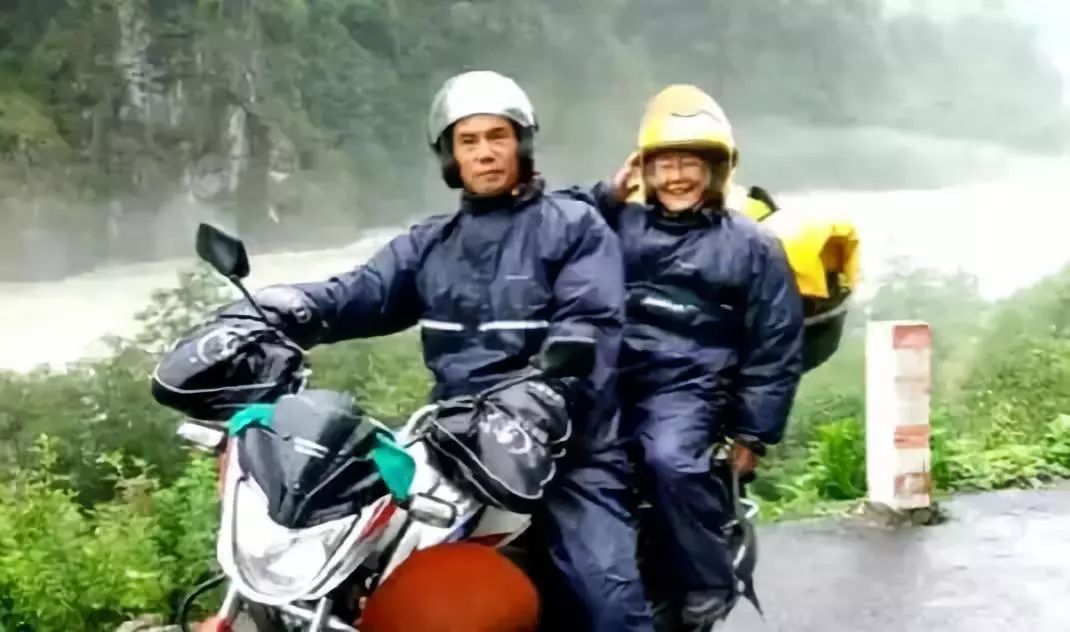 👇 Be sure to watch the video 👇 The highest snow mountain on the Sichuan Tibet line, 5130 meters above sea level, is known as the “forbidden area of life”.

The white haired old lady took a calm glance at the foot of the mountain, but said, “there is no higher mountain? It’s disappointing.” Speaking of the 318 Sichuan Tibet line, more and more people have gone in recent years.

However, there are still relatively few elderly people, and it is even more rare for an elderly person like her to ride a motorcycle to Tibet and then be so “Crazy”.

After all, she is 84 years old, and a travel agency dare not accept orders.

One day, Song Jianhua, 54, asked his 84 year old mother Zeng Jingfei: where do you want to go most in your life? “Tibet!” He never expected that the old man would give this answer without hesitation.

After all, mothers who grew up in rural areas know little about the outside world.

After all, the road to this snow holy land is famous for its beauty and danger.

But my mother said, “this is the biggest dream of my life.

It will be late if I don’t start again.” As a son, she loves outdoor sports.

After some reflection and entanglement, Song Jianhua decided to fulfill her mother’s dream – to take her 84 year old to Tibet by motorcycle.

They said to go.

They took their equipment, rode a motorcycle and set off.

When ordinary people go to Tibet, they are most afraid of Gao fan, and it is even more nervous to take the old lady out.

In order to ensure safety, Song Jianhua not only asked the old lady to take the high anti nemesis Rhodiola in advance, but also walked and stopped and observed carefully all the way.

“Do you have a headache?” “No pain.” “No response?” “No.” I even discussed with my mother that once the body has altitude reaction, I will immediately turn around and go home.

As a result, what made him laugh and cry was that when crossing the Dongdashan pass on the Sichuan Tibet line with the highest altitude (up to 5130), the old lady looked regretful: “it’s the highest because it’s so high? It’s too short.

It’s disappointing!” People who have been there know that the altitude is close to the base camp of Everest; Many young guys will have high reactions at this height.

The young man resting aside was stunned to see the energetic 84 year old woman say this, and couldn’t help thumbing up: aunt, you’re really good, dress! This is not flattery from young people.

After all, the old lady will do sit ups in the hotel every night in order to have fun.

Easy thirty or fifty, without breathing at all (Xiaobian is ashamed).

According to the route designed in advance by Song Jianhua, they crossed Jiajiang, Hongya, huding, Kangding, Yajiang and Mangkang all the way Along the way, with a childlike innocence, she often laughed with joy because of her successful Overtaking: “look, there’s more than one!” Holding up his cell phone, he photographed the scenery along the road.

It is often said that you should go to Tibet at least once in your life.

At first, the old lady didn’t understand until she reached the place closest to the sky.

Snow capped mountains in the distance, meadows nearby, blue sky and white clouds, yaks with heads down, and temples and lakes everywhere…

This beautiful place makes her intoxicated.

It is said that travel makes people young and childlike.

You see, the old lady ran to the wooden bridge and began to swing, like a very childish little girl.

Song Jianhua was infected by the old lady and became bold.

However, there are accidents.

For example, if you are not careful, you will be splashed with muddy water by a passing truck, and even your glasses will be bumped and tilted, so you can’t be embarrassed; The 54 year old son, who was very old, laughed at the scene and took photos while patting his thigh.

The old lady didn’t care with him: “this is also a pleasure of travel ~” in fact, they also encountered danger on the road.

When there was a sudden heavy rain on the road, she helped her son wear a raincoat and hat, but accidentally blocked his eyes.

As a result, Song Jianhua, who couldn’t see the road ahead, drove the motorcycle straight into the ditch and was in a cold sweat.

Fortunately, the car didn’t fall down and they weren’t hurt.

Ask if you are afraid, and dare to come to Tibet next time.

The old lady responded aggressively: “I’m not dangerous at 100!” In this regard, some people envy and others accuse: are you taking her to realize her dream or taking risks? And she, 84, who has traveled more than half of China with her family, has long been indifferent to life and death: there is a end to the rest of her life, don’t leave regrets.

Along the way, tourists and riders were all convinced by the old lady’s courage and rushed to take group photos for their son’s intentions.

The local Tibetans met the old lady and warmly took out butter tea and beef to entertain them.

They also wanted to listen to the story along the way.

What moved Song Jianhua most was that a Tibetan girl specially buttoned her mother’s raincoat.

She was deeply afraid of being blown by the wind and damaged by the rain.

One of them spoke Sichuan dialect and the other spoke Tibetan.

They didn’t understand the language, but a kind act warmed the whole journey.

From Leshan to Lhasa, the journey is more than 2000 kilometers, which is full of hardships.

But the moment she arrived at the gate of the Potala Palace, the old lady jumped and shouted, happy as a child.

Song Jian waved a long sigh of relief: as long as she is happy, everything is worth it.

Later, he reported to a local tour group, took the old lady around Lhasa and took one picture after another of scissors handed tourists who “came here for a visit”.

No skill, no filter, no later stage, but so moving.

The old lady also has her own theory of travel shopping.

Why can’t you help cutting your hands when you say you don’t buy it? It took them 15 days to ride 5000 kilometers back and forth.

As soon as they returned to their home in Leshan, their story spread.

Some people are curious: are you ready to challenge higher altitude next time? The old lady looked confused: “I went to Tibet because this is a lifelong dream.

I’m not going to break the record.” This answer is really transparent and cool.. 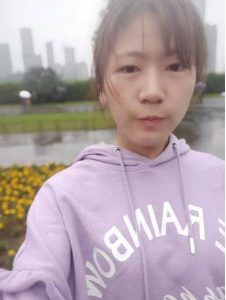 “Post-95” female doctors ride hundreds of kilometers back to their posts! This pass makes people cry

Wu Lei’s riding on Qiandao Lake was on fire. A video made netizens curious: why do you shave your legs?