In the past, it is recommended to find people urgently! A close contact has been to supermarkets, Malatang shops and barbershops in 5 days…

Many restaurants in Zibo are found to be only 7 years old! After more than five months of treatment, Qiqi, the girl injured in the “electric car spontaneous combustion on yuhuangshan Road, Hangzhou”, still left us.

Parents should be vigilant about these things On December 11, Qiqi, a 7-year-old girl injured in the “auto ignition of electric vehicles on yuhuangshan Road, Hangzhou”, left us forever.

The accident occurred on July 18.

His father and daughter were severely burned, with a burn area of 90%.

The preliminary conclusion is that the fire is related to the lithium battery of the battery car.

The child’s death is heartbreaking, but it also rings an alarm for us! In recent years, electric vehicle fires have occurred from time to time all over the country.

On November 14, 2021, a fire broke out in a civil house in Huizhou City, Guangdong Province, leaving three people trapped and two burned.

After the accident investigation, the cause of the fire was the spontaneous combustion of the electric bicycle parked in the living room.

In the early morning of September 20, 2021, a resident of a community in Tongzhou District, Beijing took the battery of a battery car home to recharge.

A fire broke out, eventually killing five people in a family on the fifth floor.

On May 10, 2021, in Chengdu, Sichuan Province, a man pushed the battery car into the elevator.

Just when the elevator door was closed, the battery car suddenly emitted thick smoke and burst into flames.

Four adults and one baby in the elevator were burned.

Why did the battery car catch fire? Electric vehicle fires are mostly caused by battery problems.

Now many electric vehicles on the market use lithium batteries as power.

When fully charged, if a short circuit occurs, it is easy to cause lithium precipitation.

And the thick smoke produced by the combustion of an electric car is comparable to poison gas, enough to suffocate hundreds of people! From this, the electric car charged in the corridor is a timed bomb The bomb may endanger the lives of the residents of the whole building at any time.

In case of fire, how should we escape in the face of thick smoke? Battery cars are not terrible.

Ignoring the potential fire safety hazards of battery cars is terrible! I hope each of us can consciously abide by the relevant regulations, be safe without small things, and take precautions against “unburned” small pre.

I’m glad to meet you.

the copyright belongs to the original author.

Riding in the May Day Desert 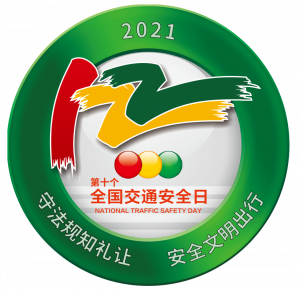 The top five dangerous riding behaviors must be “exposed”!